The Takeaway: Gold once again moved on its own accord this week, having no trend with the dollar or other currencies. Although there is significant increase in correlation with the US dollar, it does not imply that there is easing from other banks, but that the yellow metal hasn’t followed the other currencies’ risk-driven rise. With FOMC on tap this week and liquidity draining from the markets, could this correlation mean the markets are finally expecting a world economic recovery?

Weekly Commentary: Gold’s performance this week, marked by its weak tracking with the Australian dollar (a risk gauge) and the Japanese yen (a dollar-inflation gauge) provides a point of interest. Intraday patterns, especially from Friday’s much stronger than expected NFPs still showed that gold had an anti-dollar bias, and the subsequent recovery maintained that bearing. However over the week, the yellow metal didn’t follow any single major currency, which was also due to the fact that each currency was strongly swayed by their own respective fundamental events.

Next week promises to be similar – with CPI data from the US and Europe, highlighted by the last FOMC meeting and press conference from Chairman Bernanke on Wednesday. Given that labor has been the main driver of the central bank’s policies over the last year, the robust recovery could offer some hints of moving away from easing. However, the Fed will still be cautious against stepping on the recovery too early. Additionally as the year draws to a close, the deadline for avoiding the fiscal cliff still looms. Given the mixture of high risk and dollar-positive events, there could be a substantial breakout for the dollar and gold, but as volume fades away into the close of the year, the yellow metal may once again have a quiet week. 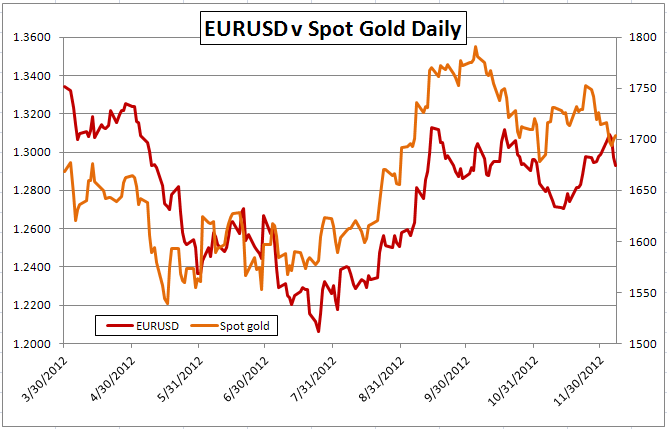 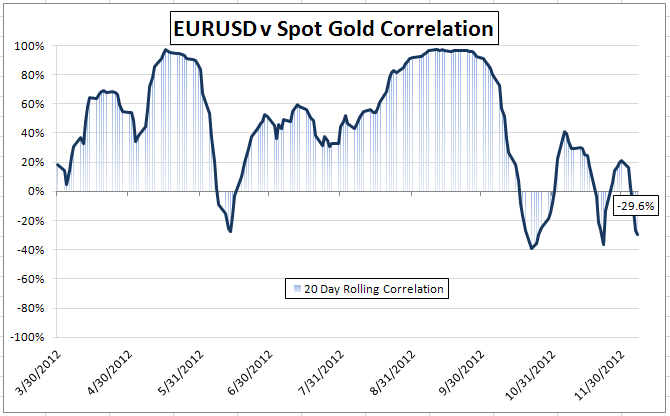