The Takeaway: Gold’s weak correlation with all risk assets attests to the yellow metal’s unfortunate position between denominated in US dollars and usual status as a risk asset. The lack clear risk trend guidance cause by conflicting developments in the US and Europe is may stem any major changes on a week-to-week basis, but given the major data reports and economic events on the calendar, traders may have find opportunities in what may become another volatile week.

Weekly Commentary: After a volatile week, major FX pairs were unchanged while gold took a unilateral and substantial dive on Wednesday, rumored to be because of a “fat-fingered” trade. Gold performance during the latter half of the week was also unimpressive, weakening correlations with key FX pairs across the board. The lack of clear correlations may also attest to the yellow metal being caught between risk negative developments of the US fiscal cliff standoff and improving state of the European debt crisis.

Ongoing negotiations in the US debt crisis saga are expected to have a larger sway on gold than developments in Europe. Greece is expected to receive the first of its bailout tranches next week in time for to pay the rolled-over debt from November 26th. Announcements for a round of Greek debt buybacks over the weekend is expected to be risk positive, but the rumored low payment to face value could deter more participants than anticipated.

On the US front, congressional leaders from the two parties continue to debate over differing plans to cut the deficit, facing a rapidly approaching December 31st deadline. Democratic leaders, including President Obama largely propose raising taxes while keeping current levels of government spending on major welfare programs, while Republican leaders plan to keep current levels of taxation and instead reduce the amount of government spending. Given the proximity of the deadline and the threat of the Fiscal Cliff, which will automatically raise taxes along with cutting government spending, any solution – or the lack of one – this week may lead to a substantial breakout for the dollar and gold. 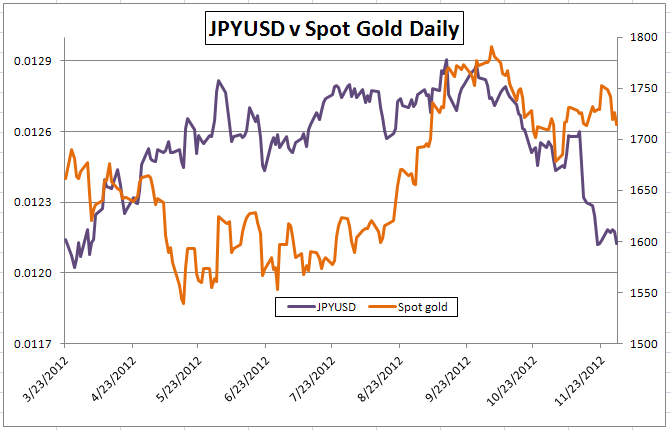 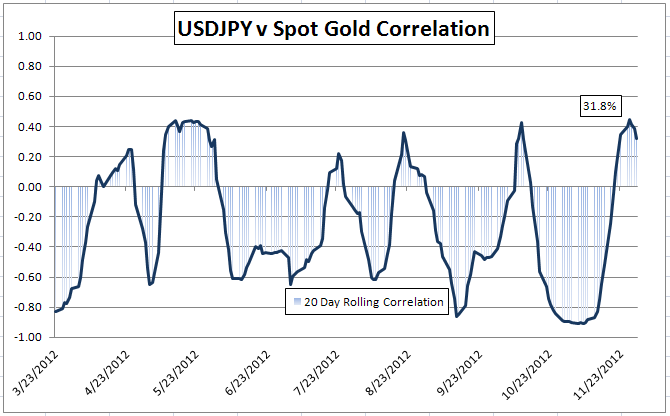