The Takeaway: Gold’s short term correlations have become extremely strong with the Euro and British Pound, suggesting that European events will have increased influence over prices. Even though the US presidential election on Tuesday evening and University of Michigan Consumer Confidence report on Friday, traders must be aware of a Greek parliamentary vote during the middle of the week and continued developments in the Spanish debt saga.

Weekly Commentary: Gold’s anti-dollar correlation continues to hold into the election season and after the recent slew of better economic data coming from the United States, cutting back expectations for additional stimulus. More interestingly, the yellow metal has ratcheted extremely close short term correlations with European currencies, namely the Euro and the Pound. The strong correlations could mean that over the next weeks, both US data and European developments could have equal share in influencing gold markets.

The first two days of trading this week were relatively quiet due to the closure of New York markets after Hurricane Sandy. Gold and other commodities were heavily pressured lower on Friday after a better than expected NFP report cut expectations for prolonged stimulus from the Central Bank, driving up the US dollar against all major counterparts. The dollar was boosted again in the middle of the day as the lack of stimulus expectations led to a broad sell-off starting in the equities market, despite the better labor data.

While the coming risk events are unpredictable, the sharp fall of the yellow metal this Friday has resulted in it hitting a intermediate resistance. With the lack of major economic data for the first part of the week, bargain hunters may return, encouraged by recent talks by Fed Presidents Lacker and Williams, who both support further easing. Boston Federal Reserve President Eric Rosengren was also quoted earlier this week as supporting asset purchases until unemployment falls to 7.25%, and a no interest rate policy until unemployment falls to 6.5%. 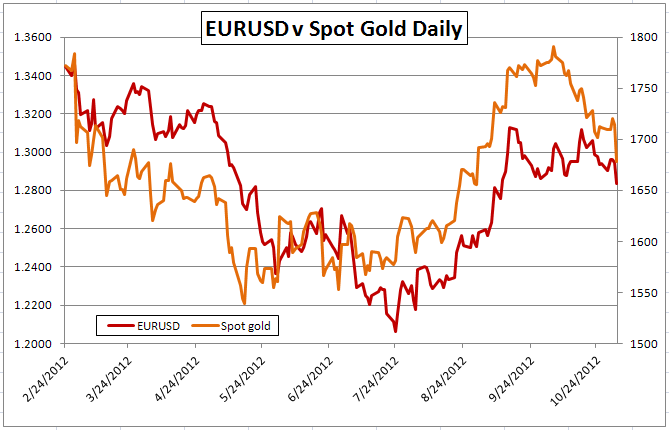 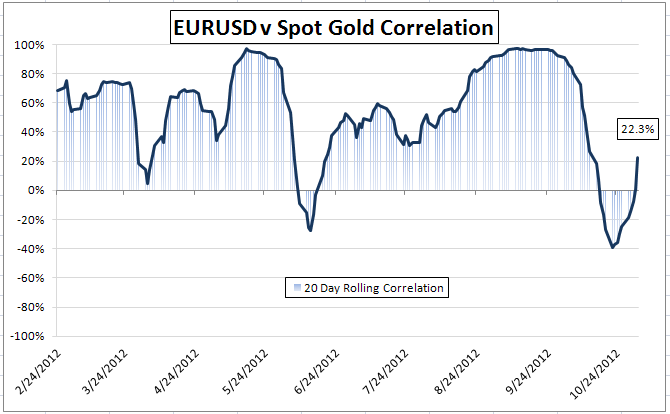