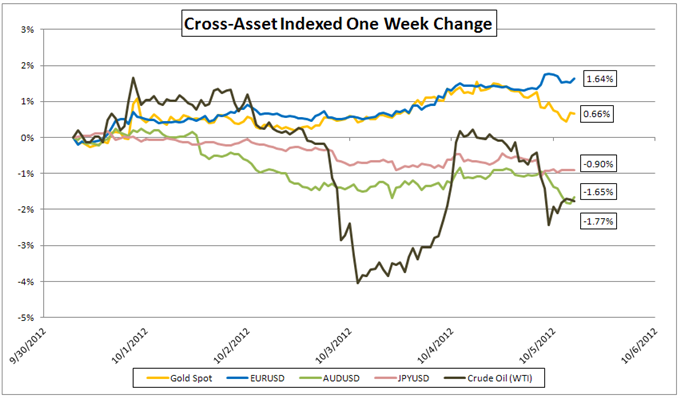 The Takeaway: Gold’s outperformance with the Euro during the last week despite notable AUD and WTI declines suggest the yellow metal may be overbought on speculation. The contrasting decline in the growth assets (AUDUSD and oil) indicate that although markets are still expecting a weaker dollar, there is still a large chance of a shaky recovery ahead for both Chinese and US economies.

Weekly Commentary: Gold and currencies have moved in tandem in recent weeks after the Federal Reserve’s introduction of QE3. While in the last week the dollar managed to recover some losses against major currency and commodity counterparts, the continued gold and Euro strength despite major risk events may indicate overbuying of the two assets.

The strong correlation between gold and the Euro could show vulnerabilities for both the yellow metal and the single currency. While usually dollar strength is joined by a weakening of all major asset counterparts, last week’s gains by gold and the Euro compared to notable losses in traditional higher-risk assets including the Australian dollar and oil suggests the two assets may fall sharply if there is a return to risk-aversion. Additionally, gold’s notable long and short term correlation with the single currency could prove troublesome if peripheral debt problems return again.

Following gold’s decline this Friday due to better than expected employment data sapping expectations for further immediate stimulus, traders are left with a relatively light calendar for the next week. Despite the lack of data, markets will be watching developments between European leaders, with a Merkel-Samaras meeting on October 9th, a Merkel-Barroso meeting on October 11th, and speeches by ECB’s Weidmann and German Finance Minister Schaeuble throughout the week. The Fed’s Beige Book for September is also expected on October 10th this week. 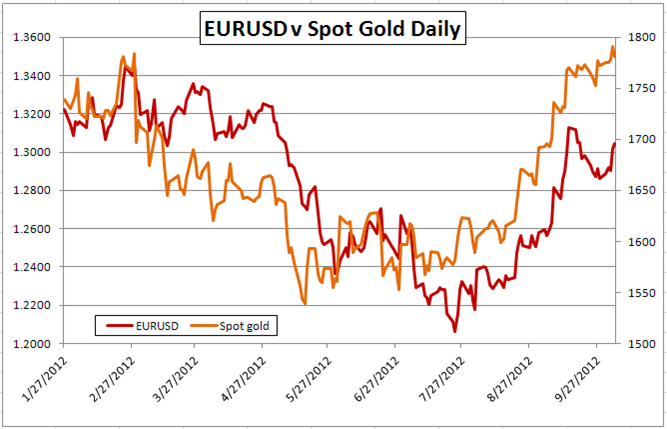 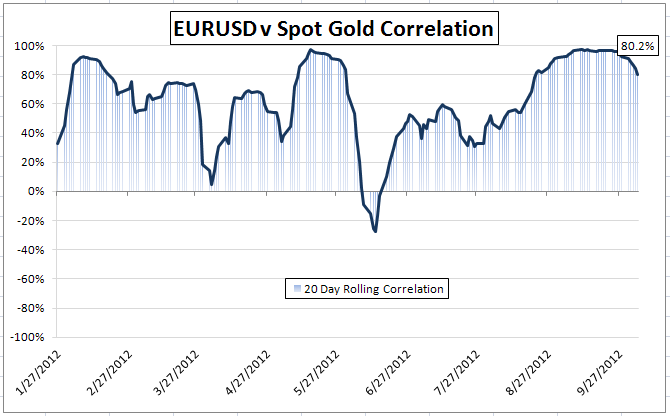