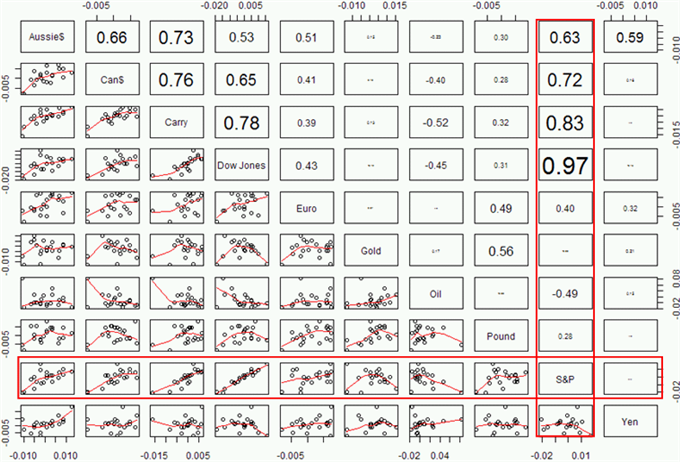 Currency trading correlations to the US S&P 500, Dow Jones Industrials Average, and other financial market risk barometers have strengthened significantly. It will be critical to watch the S&P to gauge likely direction in the US Dollar and key forex counterparts.

The correlation between the S&P 500 and Australian Dollar/US Dollar currency pair has strengthened significantly through recent price action, and one only need to look at recent simultaneous AUDUSD and S&P declines for evidence of said fact. Similar price action in the Euro/US Dollar emphasizes that all eyes have shifted towards broader financial market risk sentiment, and the S&P’s next moves may prove critical in determining the strength of the recently-volatile US Dollar.

Australian Dollar and US S&P 500 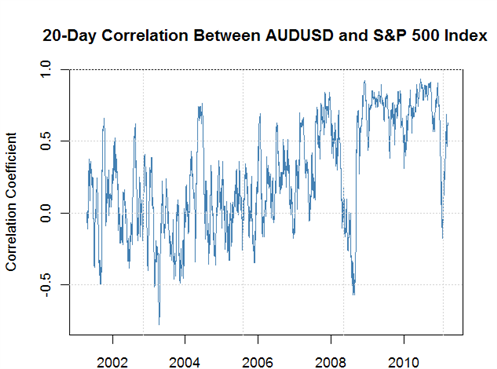 The Australian Dollar’s link to the S&P 500 has strengthened considerably through very recent trade, seen most clearly in the AUDUSD’s dramatic decline on a similarly sharp sell-off in the equity index. Traders have sent the Australian Dollar to impressive highs as it boasts the highest short-term yield of any G10 currency and has benefited from record-highs in hard commodities prices. Yet one-sided AUDUSD bets emphasize that deleveraging could send stocks, commodities, and the Aussie Dollar lower as we saw on the Nikkei tumble. It will be critical to watch the S&P going forward. 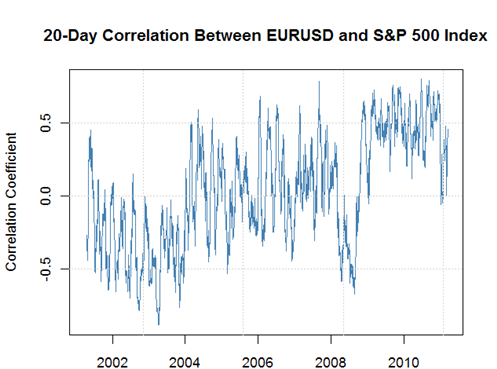 The Euro’s link to the S&P 500 has likewise strengthened as leveraged bets increasingly move in tandem across financial markets. Recent CFTC Commitment of Traders data shows that net Non-Commercial EURUSD longs have reached their highest levels since 2007, and such one-sided positioning warns that a rush for the exits could spark dramatic EUR losses. It will be very important to watch the S&P’s trajectory and broader moves in financial risk sentiment to gauge the likelihood of a more sustained EURUSD correction. 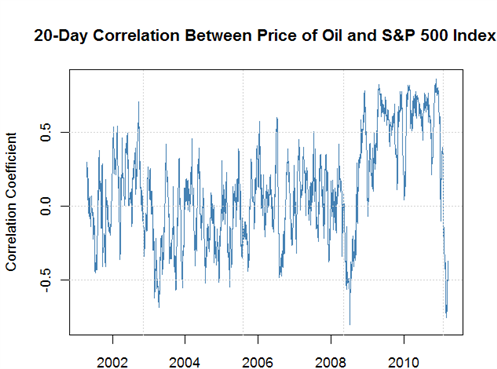 The negative correlation between the US S&P 500 and Crude Oil remains near record strength as sharp oil price advances have often led to pullbacks in the S&P 500. Yet it has weakened from last week, when it hit its most extreme since early 2008. In fact, we may be seeing a similar trend to what we saw in early 2008. As market sell-offs intensified, the correlation between leveraged instruments such as Crude Oil futures and the S&P 500 became strongly positive. If the S&P continues to sell off sharply, we could see Crude Oil prices similarly fall from recent peaks.

We always want to hear your feedback on new DailyFX articles. Send e-mails to drodriguez@dailyfx.com .

The information contained herein is derived from sources we believe to be reliable, but of which we have not independently verified. FOREX CAPITAL MARKETS® assumes no responsibility for errors, inaccuracies or omissions in these materials, nor shall it be liable for damages arising out of any person’s reliance upon this information. FOREX CAPITAL MARKETS® does not warrant the accuracy or completeness of the information, text, graphics, links or other items contained within these materials. FOREX CAPITAL MARKETS® shall not be liable for any special, indirect, incidental, or consequential damages, including without limitation losses, lost revenues, or lost profits that may result from these materials. Opinions and estimates constitute our judgment and are subject to change without notice. Past performance is not indicative of future results. 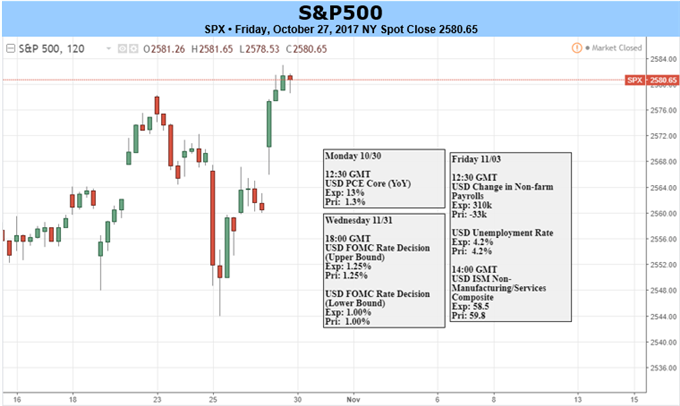 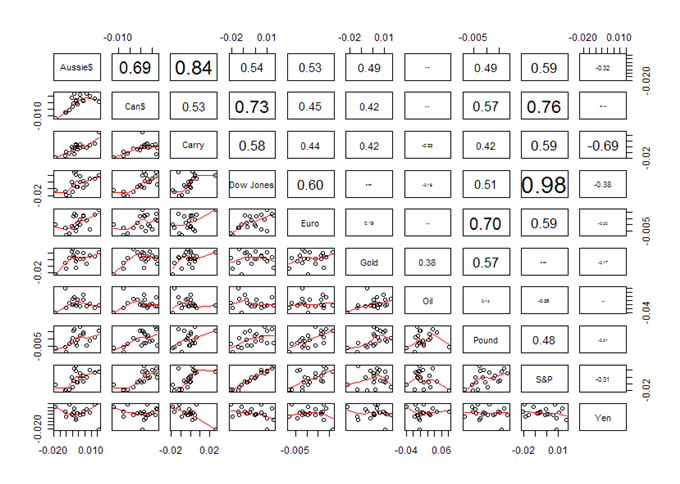 A Divergence in Risk Trends and Dollar Performance Skewed Correlations in November
2010-12-03 21:27:00
Advertisement