How Will the Markets React to the U.S. Unemployment Rate Rising to 9.8 Percent From 9.7 Percent?


Employers in the U.S. are expected to release employees in June as payrolls are forecasted to drop 125K, marking the first decline in nonfarm payrolls since December 2009. Last month, employment accelerated 431K, while payrolls added a mere 41K. Indeed, the gain in employment for the month of June was largely attributed to the increase in census workers as temporary employment jumped 411K. As I noted in my report subsequent to last month’s release, the continuation of federal hiring is likely to weigh on the outlook for payrolls in the third quarter as census employment begins to unwind.

Ahead of tomorrow’s NFP report, initial jobless claims for the week ending June 26th rose to a massive 472K, while the figures from the previous week were revised higher to 459K amid economists’ expectations of 455K. At the same time, the insured unemployment rate was unchanged at 3.6 percent. It is also worth noting that the extension of unemployment benefits was unable to get passed in the U.S. last week. In turn, we are likely to see individuals whose benefits have come to a halt attempt to re enter the labor force. However, as businesses are reluctant to hire amid uncertainty surrounding the potential spillover effects of the European debt crisis, it will be not be surprising if the unemployment rate returns to 9.8 percent, followed by 10.0 percent before the end of the year. But despite the dour developments in the world’s largest economy, the Fed has recently said the labor market is improving gradually.

Meanwhile, consumer prices in May extended April’s decline on the back of lower energy prices and the European debt crisis. Looking ahead, the Fed will continue to keep rates near zero as they expect subdued inflation to warrant exceptionally low levels for an extended period of time. All in all, as the labor market in the U.S. continues to weaken, traders should not rule out figures disappointing tomorrow in which will validate our long GBP/USD position. 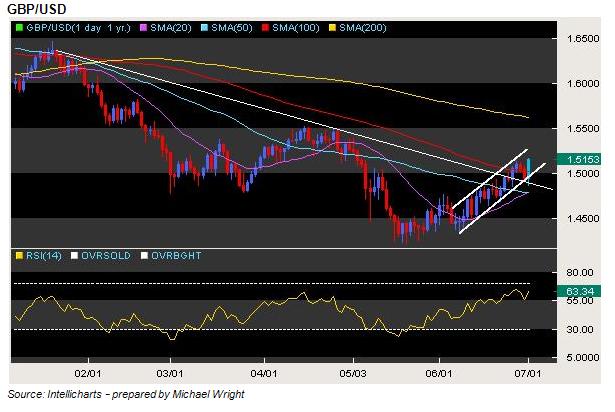 GBP/USD: I have been long this pair since 1.50624 on the back of several technical developments. We have seen price action slip above the descending trend which has held since the beginning of the pair. As of late, the pair tested this line for support and indeed bounced off of this level on the back of a disappointing U.S. ISM manufacturing report. At the same time, we are seeing price action maintain its ascending tight channel. Going forward, I will maintain my long position as the 20-day SMA looks to crossover above the 50-day SMA, signaling for further upside potential. See my daily analyst pick for further analysis. 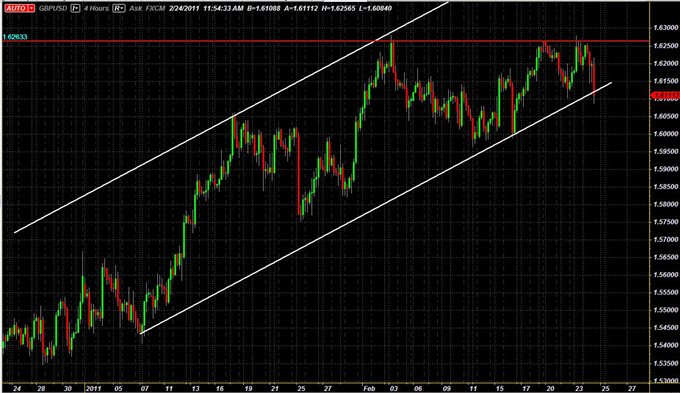 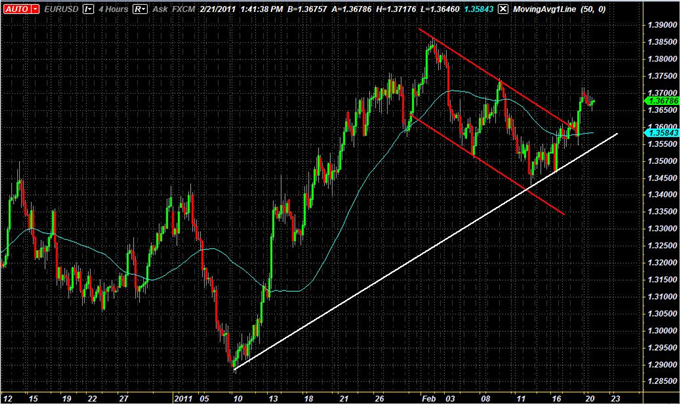 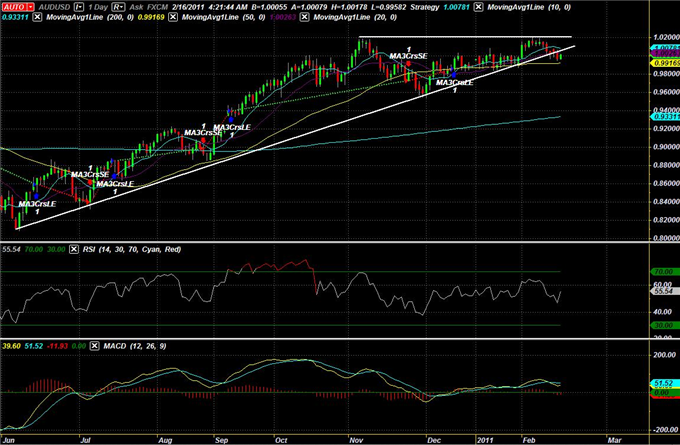