Most major currency pairs continue to show strong correlations with the MSCI World Stock Index, reflecting an intimate sensitivity to risk sentiment trends. In the aftermath of last week’s disappointing US jobs report and underwhelming stimulus efforts from the ECB and the BOE, this puts the spotlight on minutes from June’s FOMC meeting amid hopes the Fed will deliver some relief. Although Ben Bernanke and company opted not to introduce QE3 last month, traders will be keen to gauge the degree to which such an option entered into the conversation to guide expectations for a possible expansion of the balance sheet to be unveiled in the coming months.

On balance, the utility of another QE effortcontinues to appear suspect. Indeed, with US Treasury yields already so low that real rates are in negative territory out to the 10-year maturity, it seems unlikely that a further push lower will materially encourage those not borrowing to do so. The Fed is surely not oblivious to the limitations of more QE, but it is equally sensitive to the fact that a strong signal against stimulus may trigger pandemonium across financial markets. That means the door to further easing is likely to be kept open, at least rhetorically. With that in mind, language perceived as increasing the likelihood of further accommodation is likely to boost risk appetite and weigh on Treasury yields, sending the US Dollar broadly lower.

Besides investors’ yearning for looser monetary conditions, European sovereign and banking instability is set to return to the spotlight as the Eurozone finance ministers convene for a meeting on Monday. The sit-down is expected see officials begin implementation of June’s EU leaders’ summit framework. While little is likely to be achieved on longer-term issues like joint bank governance and expanded powers forthe EFSF/ESM bailout funds, the Spanish bank rescue is likely to figure prominently into the proceedings. Operational details of the effort are expected to be ratified at the sit-down and may produce a near-term bounce in sentiment-geared assets. Profit-taking on anti-risk positions with a view to the possibility that FOMC minutes print dovish may reinforce this dynamic in the first half of the trading week.

The economic calendar is relatively muted for most of the week. The final revision of June’s German CPI figures is expected to confirm the headline inflation rate sank to 1.7 percent (an 18-month low), reinforcing expectations of another ECB interest rate reduction at the August meeting. Data from Credit Suisse puts the priced-in probability of another 25bps cut at 82.5 percent. Australian Employment data is forecast to show hiring stalled in June, nudging the jobless rate up to 5.2 percent and perhaps firming bets on another RBA rate decrease, an outcome now assigned a 60 percent probability by traders. Data risk heats up on Friday with Chinese GDP figures set to reveal the world’s second-largest economy grew at an annual pace of 7.7 percent in the second quarter, the slowest since the three months through March 2009. Meanwhile, July’s preliminary edition of the University of Michigan US consumer confidence gauge is seen showing a shallow uptick after June’s slump. 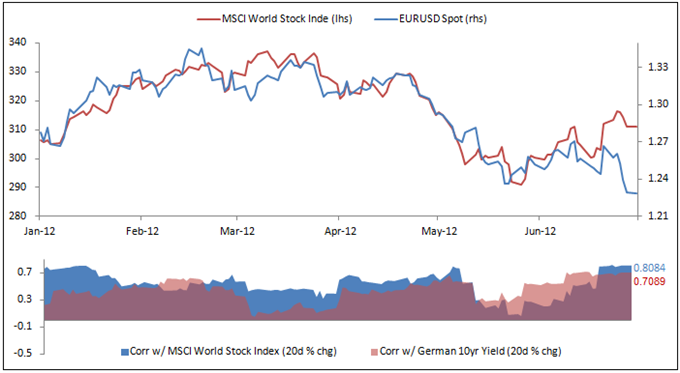 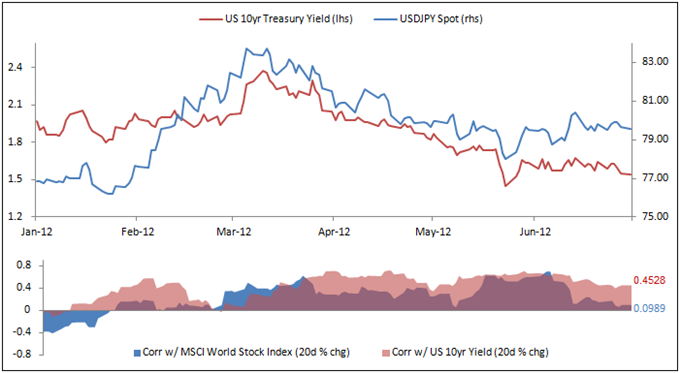 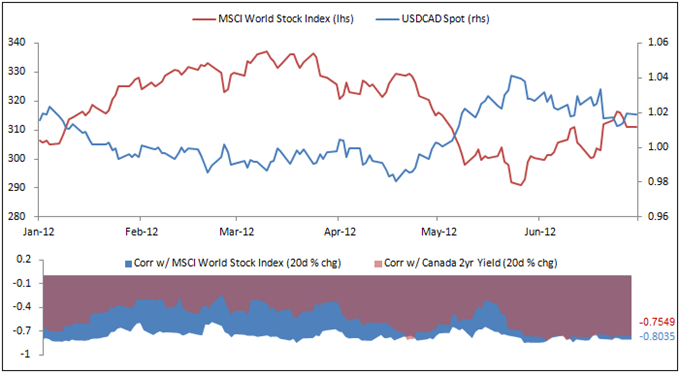 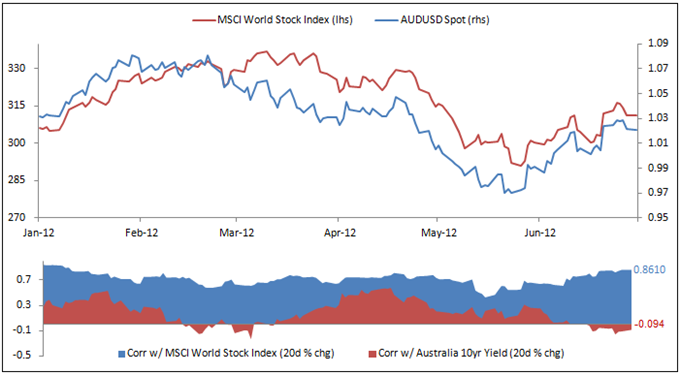 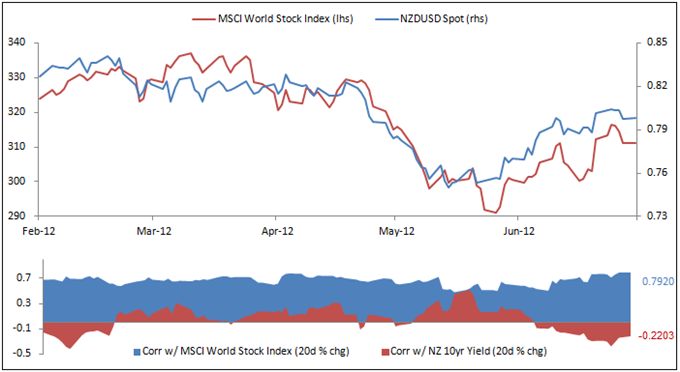