Most major currencies remain closely anchored to risk sentiment trends, reflected in close correlations with the MSCI World Stock Index. That puts the spotlighton the two-day EU leaders’ summit beginning on Thursday. Global leaders put heavy pressure on their European counterparts to step effortsto contain the debt crisis and boost regional growth at last week’s G20 sit-down and traders will be keen to get a glimpse of how policymakers intend to respond.

Speculation ahead of the summit has focused on dealing with lingering sovereign instability and bank undercapitalization plaguing the Eurozone. In particular, much has been made of possible plans to lay the foundation for shared debt liability regional bloc. This would allow sickly periphery countries to “import” investors’ confidence in the likes of Germany, bringing down borrowing costs and deflating funding concerns.

With Berlin rejecting outright the creation of jointly issued debt (so-called “Eurobonds”), markets hope that an intermediate step such as a region-wide bank deposit insurance scheme will have better chances. Allowing the EFSF and ESM bailout funds – which are able raise funds by issuing debt effectively underwritten by the Eurozone’s healthiest members – to directly recapitalize banks without funneling the funds through sovereigns (thereby compounding their debt burden) is another hopeful idea.

The markets appear skeptical, questioning whether something concrete and actionable on debt crisis management can indeed emerge. That seems reasonable. A report released yesterday by European Council President Herman Van Rompuy outlined in vague terms the “building blocks” for deeper Eurozone fiscal integration and argued that a detailed plan on this basis can be completed by December, with a preliminary draft version possibly to emerge in October. That’s hardly the kind of speedy action that would mollify financial markets.

While that seems to set the stage for disappointment, that need not be the case considering the bar for a successful outcome has been set relatively low. Indeed, the lack of meaningful progress on fiscal reform is unlikely to shock the financial markets. Meanwhile, growth-boosting initiatives are a far less controversial topic, suggesting significant progress on this front may be easier to come by. Indeed, markets have already learned of a new €125 billion initiative after a meeting of French, German, Italian and Spanish heads of state last Friday (although details are murky).

A recession in the Eurozone and its consequences for performance in other economies (notably China, and by extension Asia in general) represents the most significant headwind facing global economic growth this year. Consequently, a convincing set of pro-growth measures – like easing of austerity requirements in bailout countries and boosting funding to the EIB for infrastructure projects – that helps soften the downturn ought to prove supportive for risk appetite.

Such an outcome points the way higher for sentiment-linked currencies, with the consistently stocks-linked Australian, Canadian and New Zealand Dollars poised to outperform. The British Pound has likewise rebuilt its correlation with share prices and so is likewise poised to capitalize if investors’ disposition improves. The Japanese Yen continues to track US Treasuries, so a risk-supportive outcome is likely to drive USDJPY higher as haven-seeking inflows dry up and bond prices decline while yields advance.

As for the Euro itself, correlation studies point to the primacy of rates over sentiment trends as the leading driver of price action. Efforts to boost Eurozone growth are likely to dull recession fears but not dismiss them, meaning ECB rate cut expectations still have scope to build. Needless to say, structural sovereign risk concerns would remain as well. That suggests the single currency is likely to underperform. 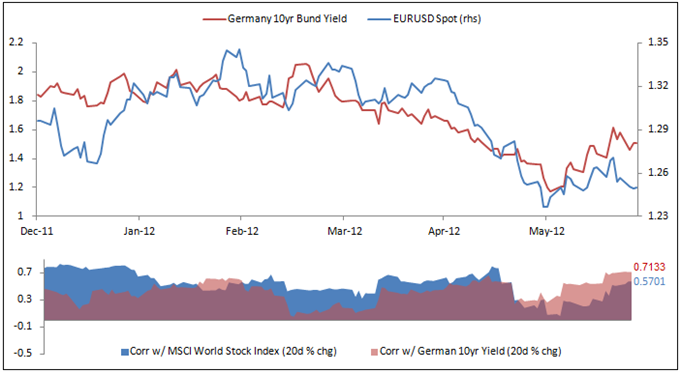 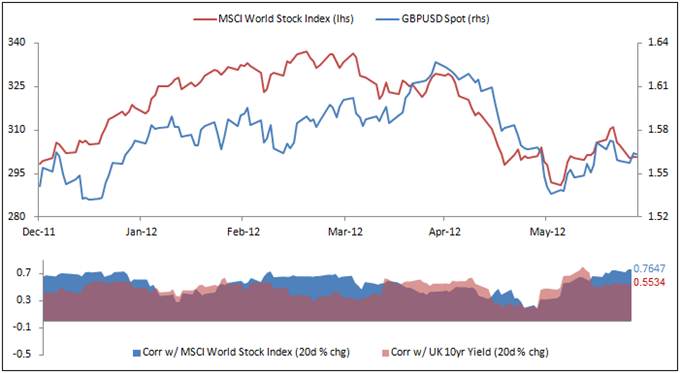 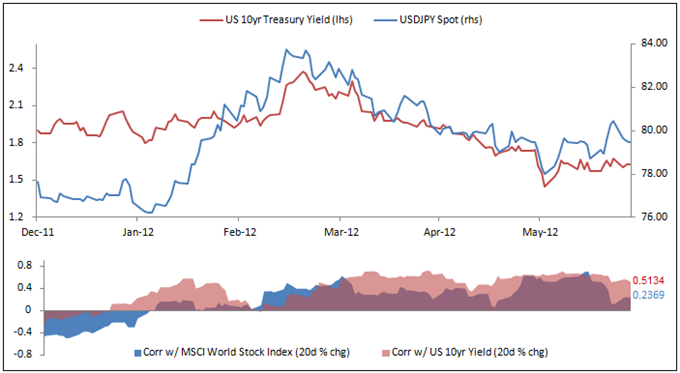 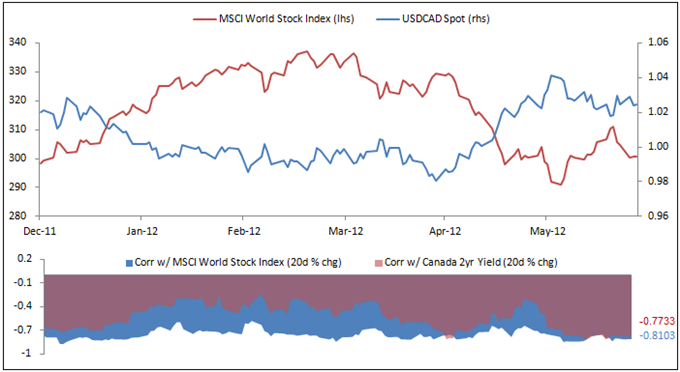 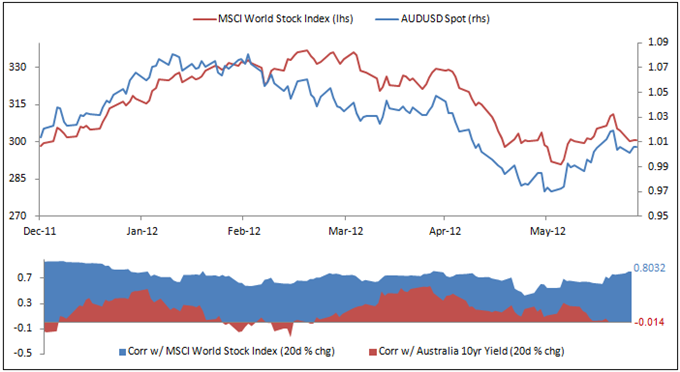 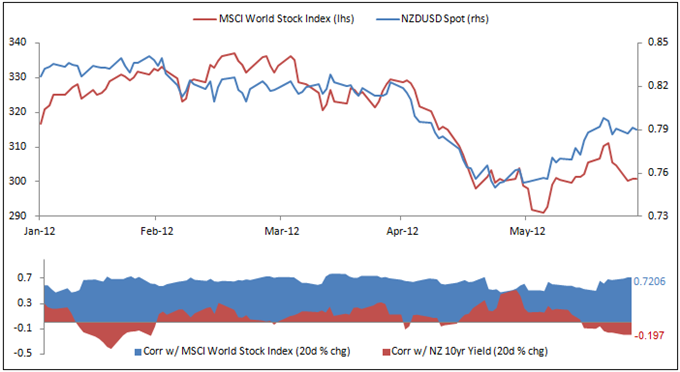