The US Dollar fell against most of the majors as expected amid a recovery in assets linked to risk appetite last week. Risk aversion looks likely to make a come-back this time around however as investors turn defensive ahead of the weekend’s general election in Greece. The outcome has scope to spark large-scale dislocation across financial markets in the event that another inconclusive outcome or an outright win by the anti-bailout Syriza party threatens to push Greece out of the Eurozone. With that in mind, traders are likely to pare exposure to risky assets ahead of the poll.

On the economic data front, the critical unknown in the global economic growth outlook is the degree to which a still choppy North American recovery can offset headwinds from weakness in Europe and Asia. With that in mind, the spotlight is once again on the US calendar. Expectations call for Retail Sales to drop for the first time in 11 months in May while the University of Michigan gauge of consumer confidence ticks lower and New York State manufacturing activity slows in June. Industrial Production is likewise forecast to decelerate. Taken against a backdrop of fading QE3 hopes after last week’s disappointing testimony from the Fed’s Ben Bernanke, this stands to compound pressure on risk-geared assets as global output expectations darken.

For the Euro, a firm correlation with German bond yields (see chart) points to the primacy of debt crisis concerns in shaping price action. Renewed sovereign stress in the Eurozone periphery is likely to boost haven demand for German government debt, pushing yields and the single currency lower. Separately, Eurozone Industrial Production figures are expected to show the largest drop in seven months in April while the final revision of May’s CPI reading confirms inflation at the slowest in 15 months. This may begin to fuel ECB easing expectations as regional growth continues to sour, amplifying downward pressure on yields and the Euro alike.

The British Pound is showing relatively firm correlations with UK bond yields and the MSCI World Stock Index, hinting the focus here is likewise the Eurozone debt fiasco and thereby the Greek election outcome. The result will almost certainly prove formative for risk appetite trends (and thereby global stock prices), while the link to UK bond yields reflects the emergence of Gilts as a regional haven likely to rise in the event of an adverse outcome, mirroring the dynamic between the Euro and the return on German debt described above.

Similarly, the emerging balance between the relationship of the Japanese Yen to stock prices and US Treasuries burnishes the currency’s haven properties and puts Greece-linked worries front and center. The possibility of intervention remains an ever-present wild card. If risk aversion metastasizes into outright panic and USDJPY volatility spikes dramatically, policymakers may step in anew. Japan seemed to have far greater success with quiet management of the exchange rate through late 2011 than with previous big-splash intervention efforts, but one does not necessarily dismiss the other if a particularly sharp plunge takes the pair back toward the 76.00 figure. The Bank of Japan may also unveil additional stimulus efforts, but these are unlikely to prove particularly market-moving in the near term as Eurozone considerations dominate.

The Australian, Canadian and New Zealand Dollars continue to take their cues from stock prices and so look likely to remain direct reflections of broad-based sentiment trends. The RBNZ interest rate decision is expected to see rates on hold at 2.50 percent but weakness in economic data flow since the last policy meeting hints Governor Alan Bollard is likely to ramp up dovish rhetoric. This stands to weigh on the Kiwi Dollar as rate cut expectations build, compounding headwinds from returning risk aversion, and may see NZD underperform its commodity bloc counterparts. 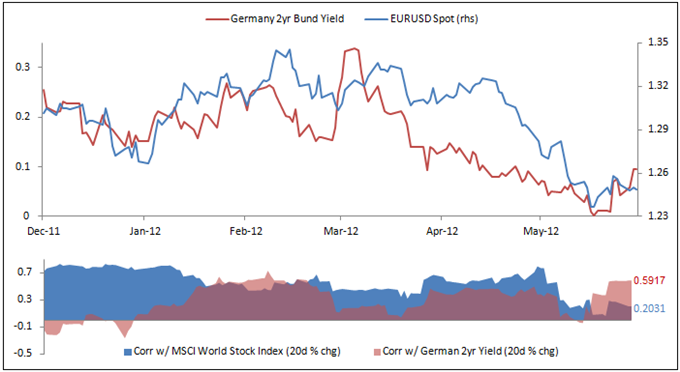 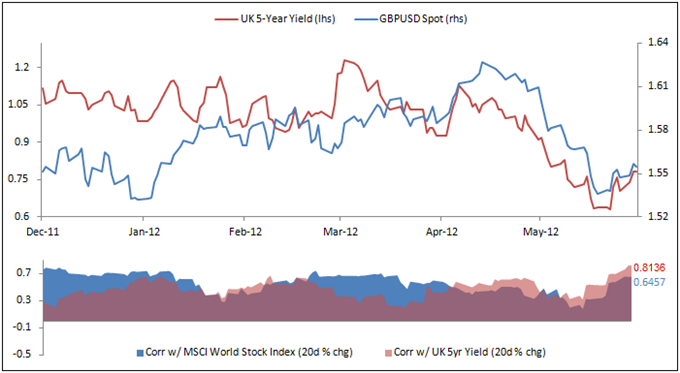 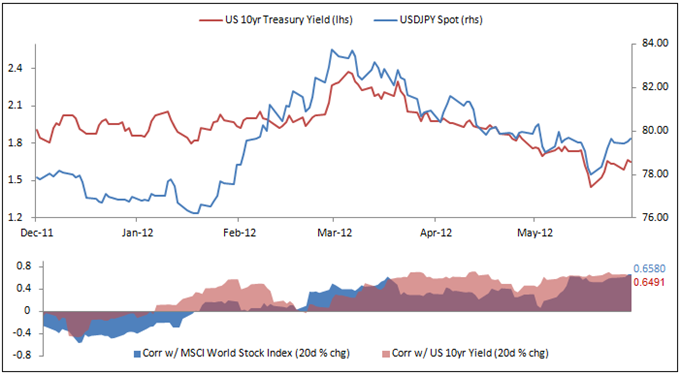 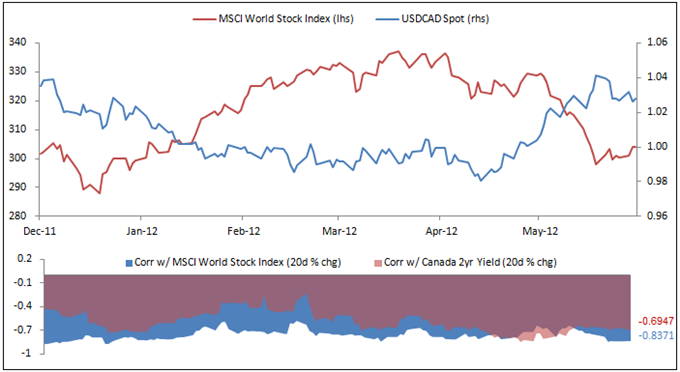 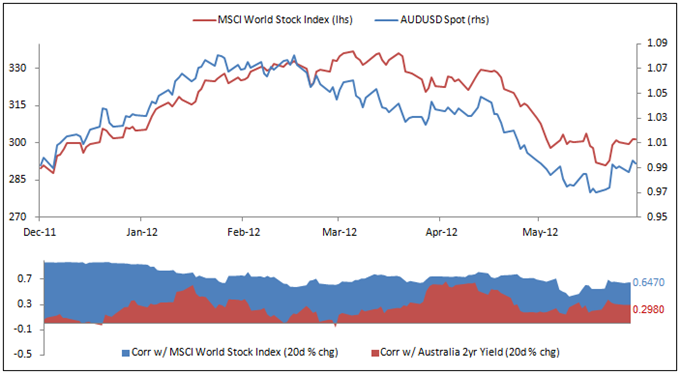 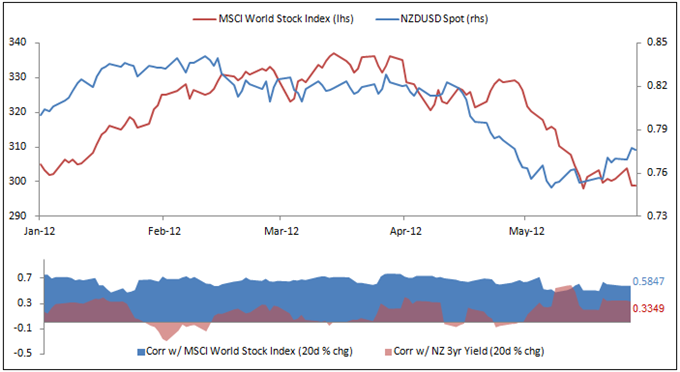