The US Dollar enters the trading week with a heavy overhang from Friday’s deeply disappointing employment report having tapped 18-month highs just before the data release. The result opens the door for a reboot of speculation about a third round of quantitative easing (QE3) from the Federal Reserve. The impact of previous QE efforts suggests that the markets would treat additional stimulus as having a dilutive effect on the greenback, suggesting swelling expectations of such an outcome are likely to weigh on prices over the near term.

Upcoming testimony fromFed Chairman Ben Bernanke before a joint session of Congress is likely to amplify the focus on QE bets. Although the central bank chief is likely to remain uncommitted – relaying a familiar message additional stimulus still “on the table” but “reckless” if it means sacrificing price stability – he seems sure to acknowledge the recent down turn in US data. Markets may once again accept this as a dovish-enough posture to sell the greenback. The service-sector ISM print and the Fed’s Beige Book survey of regional economic conditions headline the economic calendar, with signs of slowdown likely to reinforce QE3 hopes and compound Dollar selling pressure.

Importantly, the likelihood that QE3 will actually materialize appears very small. US borrowing costs are finding their way lower just fine without the Fed’s involvement. Benchmark 10-year Treasury yields fell to a record-low 1.45 percent last week as Eurozone crisis fears drove haven-seeking capital into US debt. After adjusting for inflation, that means investors will effectively pay the US government about 60bps per year to look after their money. With the situation in Europe hardly on the mend, yields are likely to remain under pressure for some time, meaning the marginal benefit of a QE3 program would be very small at best and arguing suggesting that this week’s Dollar weakness is likely to be corrective, with the rally likely to regain momentum as jitters return ahead of Greece’s second attempt at a general election on June 17.

Returning to this week however, the prevalence of QE3 bets as a driving near-term theme is likely to see the Japanese Yen continue to strengthen as a firming correlation between Treasury yields and USDJPY pulls the pair lower. The stocks-linked Australian, Canadian and New Zealand Dollars appear likely to rise as well as firming hopes for Fed stimulus buoy risk appetite. The RBA is widely expected to cut interest rates again this week. Markets appear to be pricing in a significant possibility for another 50bps reduction, so a smaller 25bps result may actually offer the Aussie a bit of a lift. Separately, the BOC is widely expected to keep rates on hold at 1 percent.

Turning to the Euro and the British Pound, correlations with risk appetite trends (as tracked by the MSCI World Stock Index) have significantly dropped off, putting the focus on monetary policy expectations as the ECBand BOE deliver interest rate announcements. Both central banks are expected to remain on hold this time around. For the BOE, such an outcome is likely to be a non-event given the bank’s penchant for staying mum when no policy changes are made. While UK economic data has soured, stubbornly high inflation is likely to keep Mervyn King and company on the sidelines for now. As for the ECB, traders will be most interested in central bank President Mario Draghi’s press conference following the announcement for guidance on possible future easing as growth in the Euro area continues to slump and easing inflation gives policymakers pace to operate. On balance, standstill on both fronts may help EURUSD and GBPUSD higher. 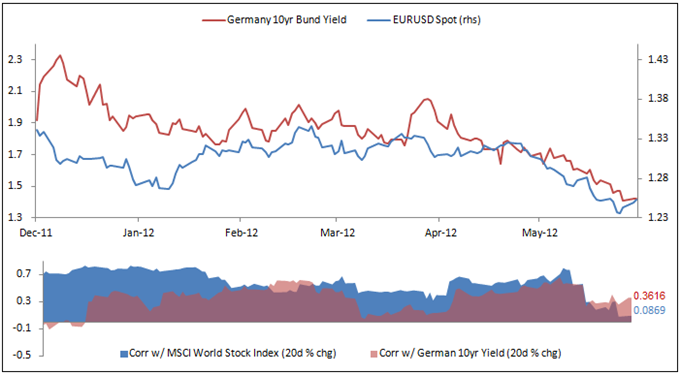 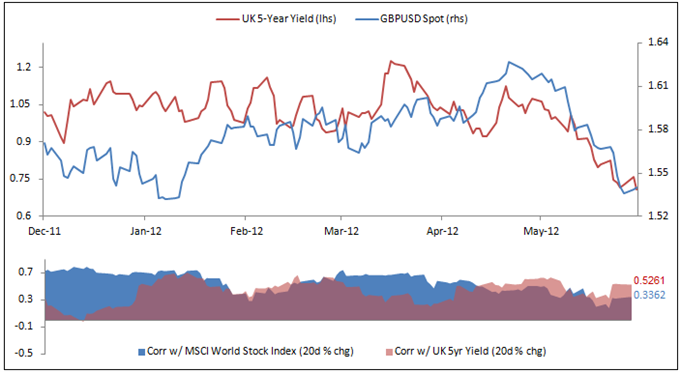 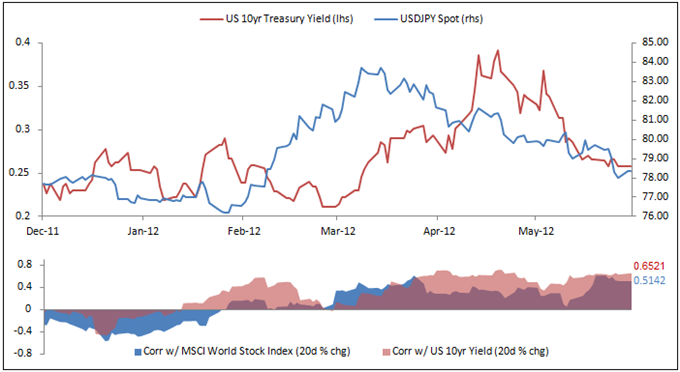 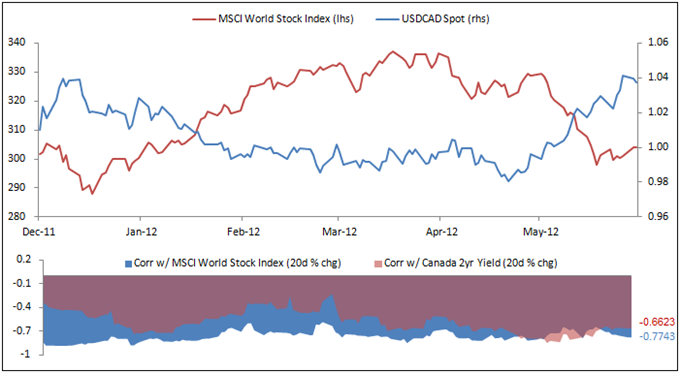 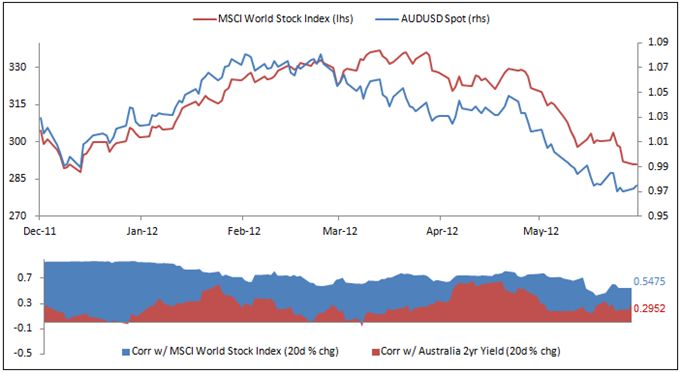 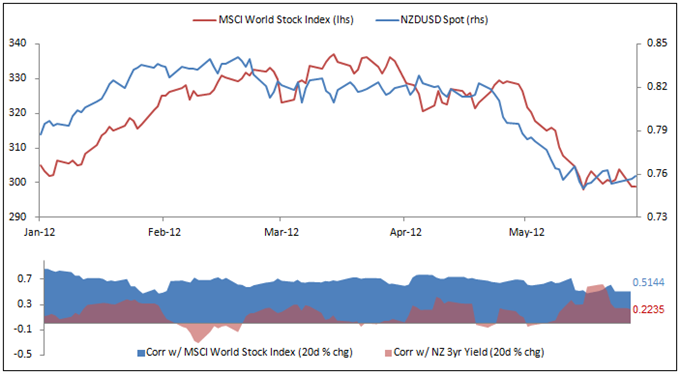