Euro, British Pound May Not Participate in Risk Appetite Recovery

The performance of major currencies against the US Dollar so far this week reflects a curious divergence. European currencies have clearly underperformed even as their correlations with market-wide risk appetite trends (as tracked by the MSCI World Stock Index) have unraveled while relationships with benchmark bond yields have firmed. This suggests that in the absence of fresh news on the Eurozone structural integrity front at least until Greece holds a repeat general election in mid-June, the focus has shifted to slumping growth concerns and their implications for monetary policy.

Meanwhile, overtly sentiment-driven commodity bloc currencies have managed to find support, with the Canadian and New Zealand Dollars managing a recovery after four consecutive weeks of selling. Although swelling near-term RBA interest rate cut expectations have kept the Australian Dollar relatively capped, the currency has equally managed to stave off deeper losses. While a clear improvement in the sentiment landscape has clearly not materialized with familiar headwinds to global financial health and economic growth still very much in place, the situation has likewise managed to avert materially deeper deterioration, opening the door for profit-taking.

The Japanese Yen has continued to stand somewhat removed from purely regional or risk-driven considerations, relying instead on its long-standing correlation with US Treasury yields to drive price action. Not surprisingly, this has allowed the currency to outperform against the greenback as capital fleeing from turmoil in the Eurozone poured into the stand-by refuge of US government debt. This drove prices higher while pushing yields toward record lows, weighing on USDJPY in the process.

Looking ahead, this makes for a nuanced outlook for the days ahead as the spotlight shifts to the hefty batch of US economic data lining up at the close of the trading week. The closely-watched US Employment report is expected to show the world’s top economy is expected to add 150,000 jobs in May to mark a bit of an improvement after the six-month low of 115,000 recorded in April. In a rare scheduling change, the likewise market-moving ISM Manufacturing gauge will be released on the same day, though forecasts here point to a softer print.

Besides almost certainly making for a sharp pickup in volatility, the pair of stacked reports will help establish near-term expectations for the likelihood that a firmer recovery in the US will at least to some extent offset downward pressure to global output from the slump in Europe and slowdown in Asia. A broadly supportive outing stands to boost risk appetite and help perpetuate the recovery in stocks-linked currencies. Such an outcome may also boost USDJPY as Fed QE3 expectations fade given a rosier outlook for US growth. Needless to say, a broadly negative data mix is likely to produce the opposite results. Critically however, the likes of the Euro and the British Pound may not participate even in the event that risk sentiment recovers. 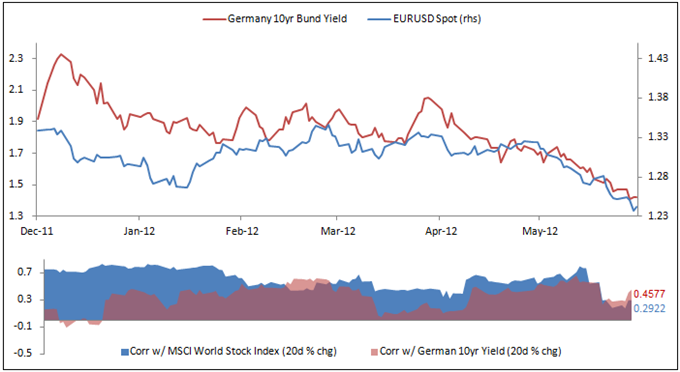 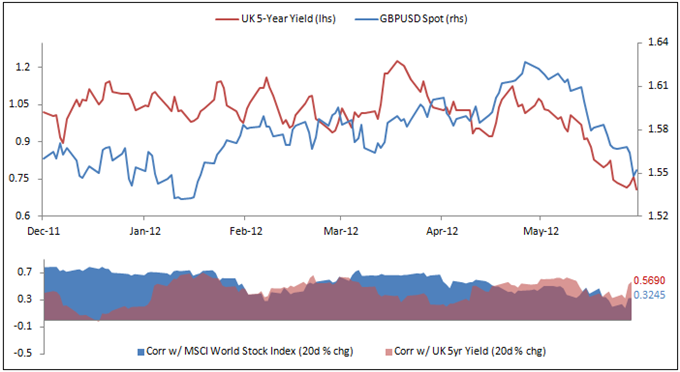 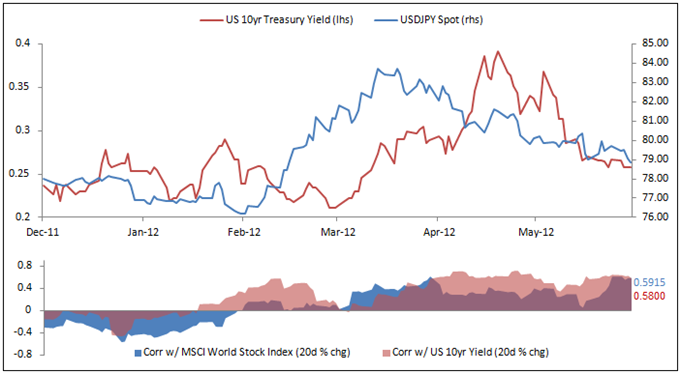 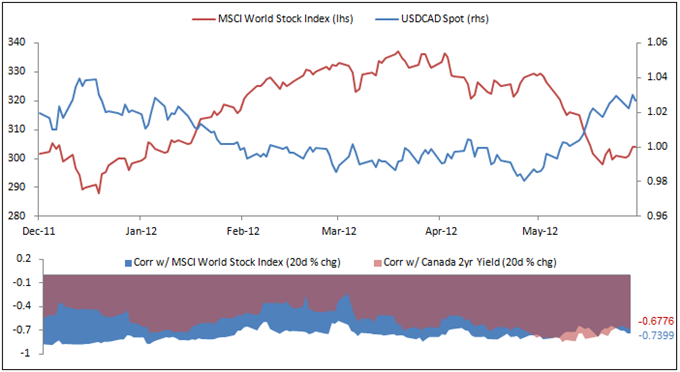 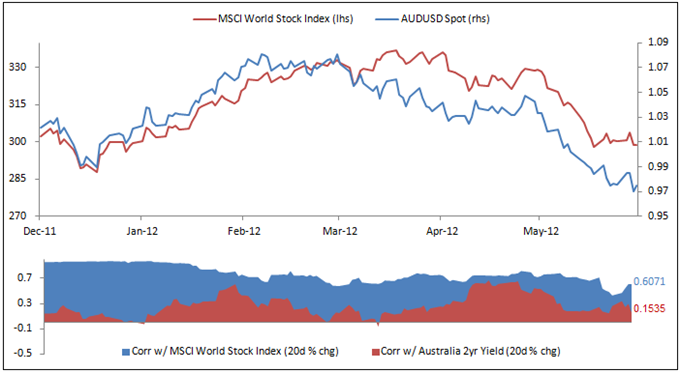 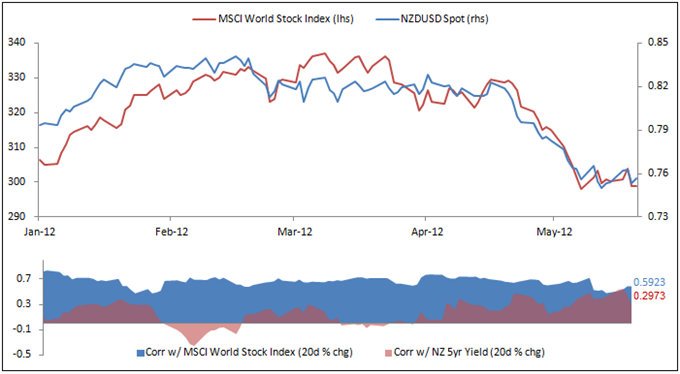