The US Dollar and Japanese Yen outperformed their major counterparts last week as political instability in Greece stoked fears that the country’s exit out of the Eurozone is becoming increasingly likely, boosting demand for the go-to haven currencies. Such an outcome would be unprecedented, with no clear benchmark for its implications for financial markets, sparking broad-based liquidation.

Little has changed at the beginning of this week following an inconclusive end to a G8 summit held at Camp David on Saturday. The statement released following the sit-down showed broad support for Greece to remain in the Eurozone – a hardly surprising position considering such a scenario would imply the least dislocation in the markets – but offered nothing concrete in terms of policy prescriptions.

While this means the situation has not materially improved, it has likewise not become aggressively worse. This has allowed for a mild correction in risky assets, coupled with a parallel pullback in the Dollar and Yen. Looking ahead, an “informal” EU leaders’ summit on Wednesday is in focus from here as traders wait for the outlines a framework to deal with the Greek fiasco to emerge. The preliminary set of May’s Eurozone PMI figures likewise enter the picture as markets gauge the degree of regional slowdown to establish the extent to which it can sabotage deficit-reduction efforts and amplify credit-market stress.

Besides the Eurozone mess, the other dominant theme at play concerns the ability of a speedier recovery in the US to offset slowdown in Europe and Asia. Here the focus is on the Richmond and Kansas City Fed surveys as markets build their baseline for where world’s top economy stands in May, particularly in the context of last week’s mixed results where a stronger Empire Manufacturing gauge was tarnished by a deeply disappointing Philadelphia Fed print. The final revision of May’s University of Michigan Consumer Confidence gauge rounds out the docket.

While interpreting the impact of US economic data on sentiment, the likelihood of additional stimulus from the Federal Reserve (so-called “QE3”) is a critical consideration. In this context, soft US economic data may prove supportive for risky assets if it is believed to improve the chances for further easing. This means scheduled remarks from Fed policymakers Kocherlakota, Lockhart, Plosser and Dudley are likely to be at least as important to interpreting US news-flow as economic releases themselves.

Scanning the major currencies, the Euro and the Canadian Dollar have seen correlations with bond yields outpace those with the MSCI World Stock Index, hinting the outlook for monetary policy is becoming increasingly important. In both cases however, the critical drivers of price action – Eurozone crisis management and the outlook for US recovery – remain largely the same regardless. The same goes for more purely risk-driven Australian and New Zealand Dollars, though HSBC’s Chinese Manufacturing PMI metric may also factor into the mix.

The British Pound appears to be re-coupling with market-wide themes after hopes for a hawkish turn at the Bank of England fizzled with last week’s quarterly Inflation Report. This ought to make the release of minutes from May’s BOE meeting a relatively muted affair, with much of what can be revealed likely baked into the price already. The Bank of Japan is set to deliver its policy announcement. While the generally underwhelming response to last month’s stimulus expansion may put some pressure on Maasaki Shirakawa and company to do more, a big-splash move to greater easing that meaningfully dislodges the Yen from its relationship with US Treasury yields seems unlikely. 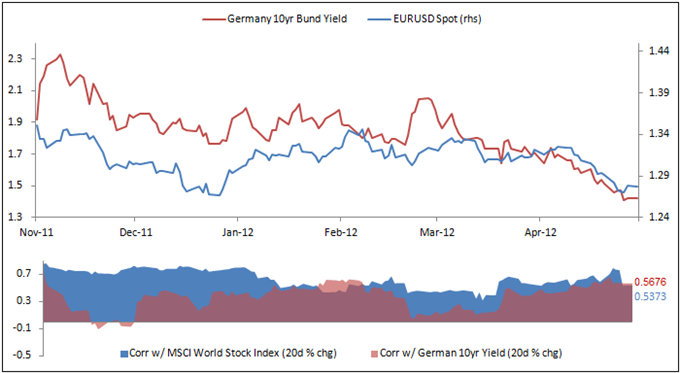 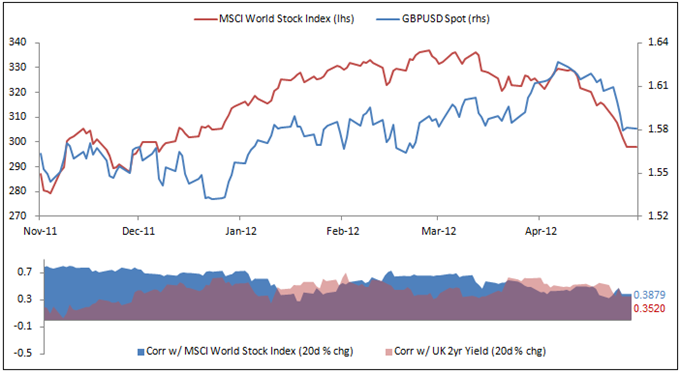 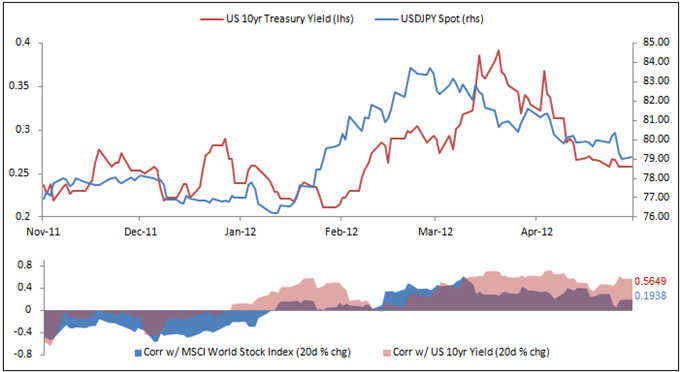 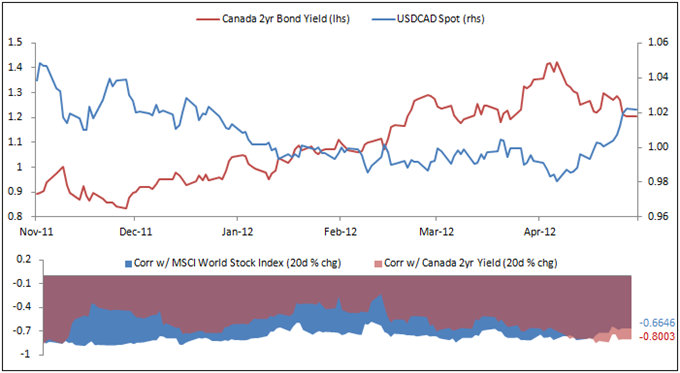 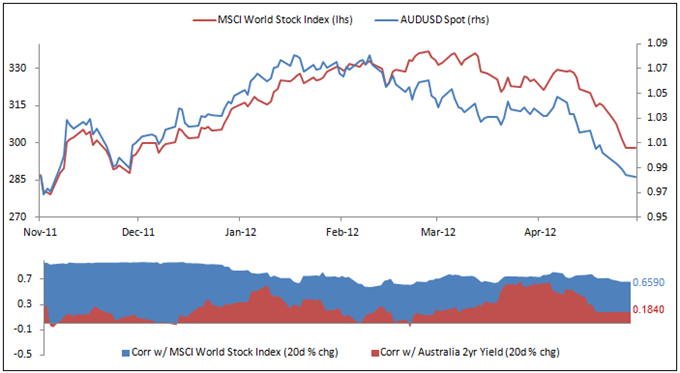 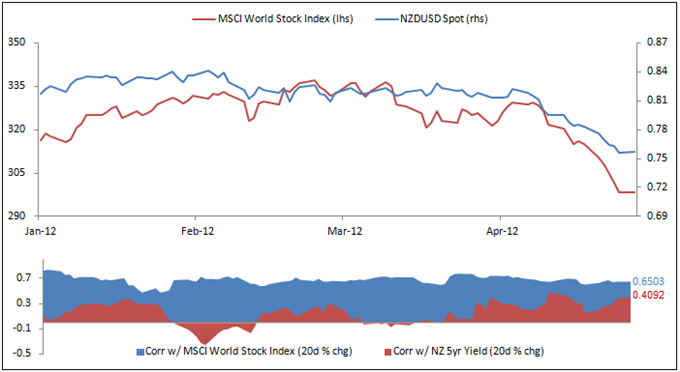