Most of the major currency pairs continue to show significant correlations with the MSCI World Stock Index, suggesting that broad-based risk appetite trends remain dominant as drivers of price action. This puts thematic macro-level concerns – specifically, the durability of the US recovery and its ability to offset headwinds from Europe and China facing global growth – squarely at the forefront. The US economic calendar is relatively quiet, with headline event risk clustered at the end of the week as PPI and UofM Consumer Confidence readings cross the wires on Friday. This puts the onus on evaluating the extent of downward pressure.

The week is off to a rocky start after weekend elections in France and Greece propelled candidates opposed to the status quo of austerity-focused EU debt crisis management into positions of power. The installation of Socialist candidate Francois Hollande into the French presidency has been well-telegraphed in opinion polls leading into the election and so seems unlikely to be a meaningful driver of price action. Meanwhile in Athens, the mainstream New Democracy (ND) and Pasok parties that support the sharp fiscal consolidation Greece agreed to as part of the EU/IMF bailout program failed to win enough votes to form a ruling coalition without at least one anti-austerity partner.

Not surprisingly, this is weighing heavily on sentiment across financial markets and pushing the safe-haven US Dollar (ticker: USDollar) higher as traders fret about the increasing possibility that Greece will renege on its obligations. In the worst case scenario, this may see it ejected from the Eurozone and possibly the EU altogether, an unprecedented development that falls largely outside the realm of the forecast-able in terms of its practical implications for financial markets.

Dismal economic data from the Eurozone periphery may provide risk aversion with additional fuel amid signs the recession in the world’s second-largest economy (when taken collectively) is deepening. Spanish GDP figures are in focus, with expectations suggesting the annual growth rate slowed to the weakest since mid-2010 in the first quarter. The May edition of the ECB Monthly Report and updated set of European Commission growth forecasts will likewise inform the markets’ outlook for the depth of the slump plaguing the region well as the likelihood that that the central bank central bank will act to help backstop sliding output.

The Asian piece of the puzzle emerges in the form of a hefty Chinese economic data set to be released Thursday and Friday, with median forecasts pointing to mixed results. April’s Trade Balance report is expected to see export growth slow to the weakest in three months, an outcome likely reflecting a slump in demand from Europe, while CPI figures show the inflation rate eased over the same period. While such outcomes may prove broadly supportive for sentiment in that they would hint at the likelihood of additional PBOC stimulus, a firmer Industrial Production reading may offer a countervailing force.

The Australian Dollar has scope to underperform amid an already difficult environment for risk-linked currencies after April’s Employment Report comes across the wires. Expectations call for the economy to shed 5,000 jobs but survey data suggests hiring contracted at the fastest pace since December, when headline figures showed the economy lost 36,600 jobs, so the threat of a downside surprise that stokes RBA cut bets for June appears significant.

The British Pound stands apart from its major counterparts, with rate expectations seemingly taking a leading role over risk trends as the primary driver of price action. This argues for the centrality of the Bank of England rate decision this week, where Mervyn King and company appear unlikely maintain the policy mix as-is. The bank’s penchant for staying mum when no changes are implemented may make for a non-event however, with traders waiting for next week’s inflation report to inform their outlook in earnest. 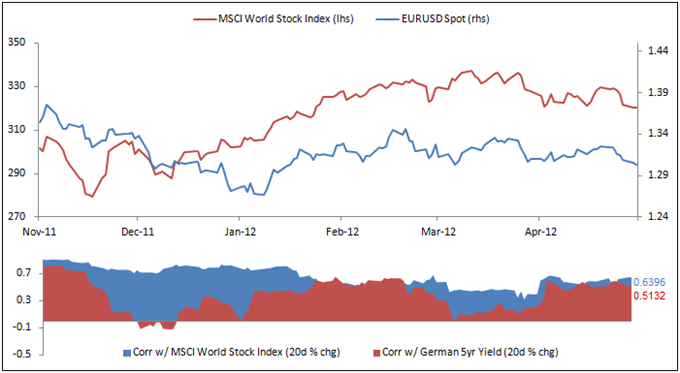 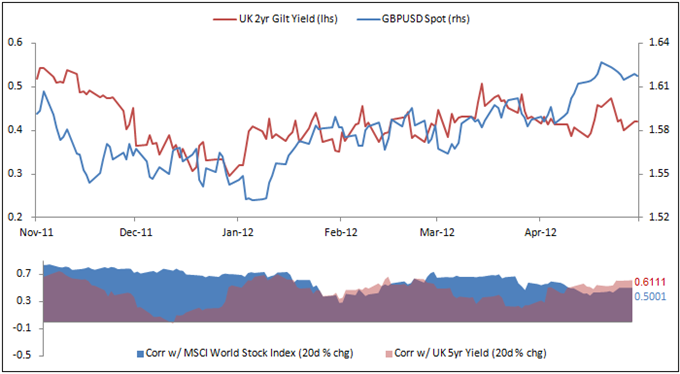 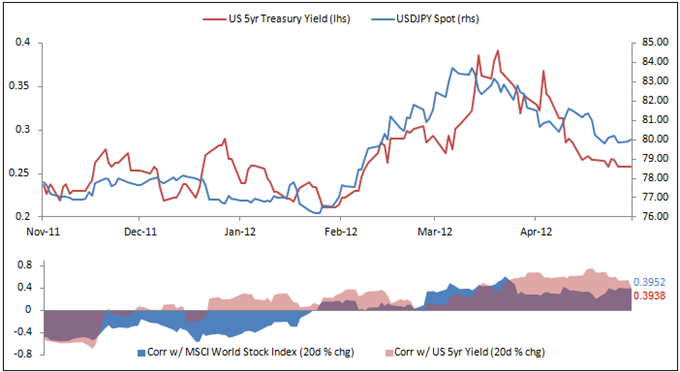 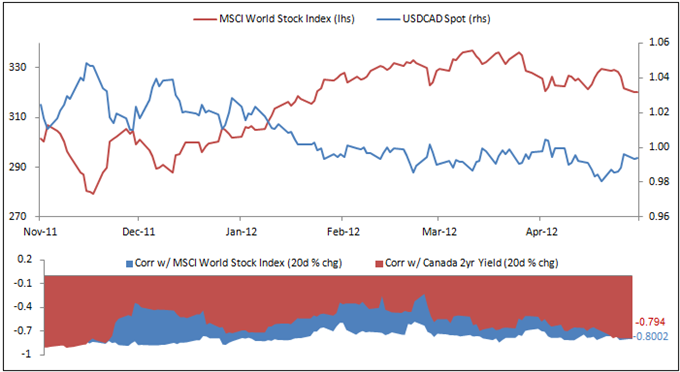 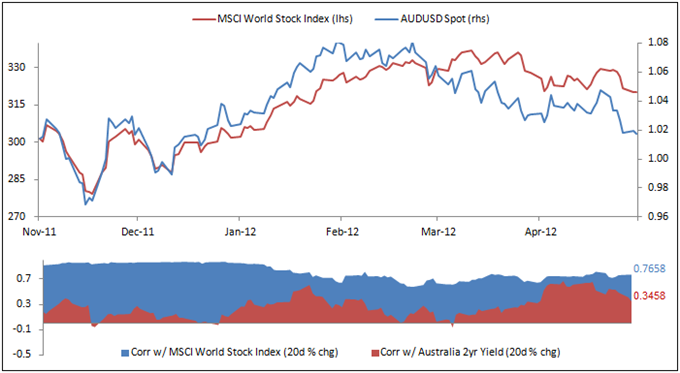 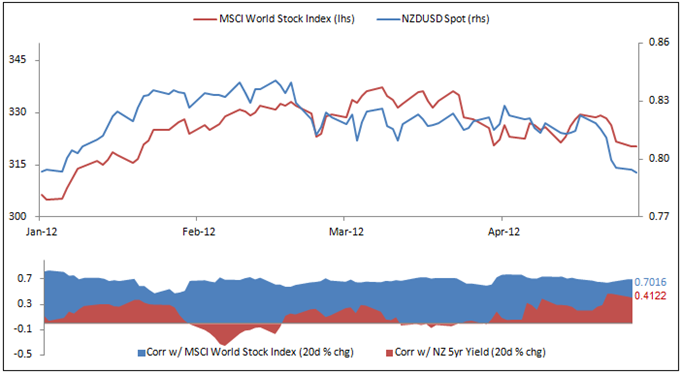