US Dollar Has Scope to Recover as Markets Reconsider QE3 Bets

The US Dollar (ticker: USDollar) came under broad-based selling pressure last week following the FOMC policy announcement. The markets seized on comments from Fed Chairman Ben Bernanke saying policymakers were “prepared to do more” to help the economy if growth faltered, singling out additional quantitative easing (QE) as still “on the table”. Traders opted to take the statement in isolation, reading it as projecting an increase in the likelihood of another balance sheet expansion and sold the greenback on dilution fears. This kneejerk reaction doesn’t seem to have staying power however as markets invariably digest the remainder of Bernanke’s commentary.

Keeping QE3 “on the table” makes sense. After all, it would be unreasonable to expect the Fed to do nothing if growth were to falter anew or to preemptively deny itself a powerful tool in its arsenal. Meanwhile, Bernanke made it clear that additional asset purchases were not favored, saying it would be “very reckless” to allow higher inflation for the sake of reducing unemployment. He added that the pledge to keep rates low through late 2014 was contingent on economic data and subject to revision if conditions warranted, which presumably means rates can rise faster than is currently expected. Coupled with upgraded growth, employment and inflation forecasts, this hardly seems to foreshadow additional stimulus in the pipeline, at least for now.

The week ahead offers a wealth of top-shelf US economic data, most notably including the ISM Manufacturing gauge and the all-important Nonfarm Payrolls print. Expectations are subdued across the board, leaving the door open for an upside surprise to force the markets into reflection mode. Indeed, as we argued last week, the recently lackluster performance from US economic data relative to consensus forecasts likely reflected a catch-up upgrade in economists’ view on the pace of recovery rather than a meaningful downturn in performance. Ifthe pendulum begins to swing in the other direction following recent disappointments, a run of outperformance in US economic news-flow is likely to tame QE3 bets and reinvigorate the Dollar.

The Japanese Yen remains closely correlated with benchmark 10-year US Treasury yields and so offers the most direct exposure to unwinding QE3 bets. Currencies linked to risk appetite trends (tracked here with the MSCI World Stock index) – notably the Australian, Canadian and New Zealand Dollars – are also likely to give back some ground. Although a stronger US recovery is certainly good news for sentiment in the broad sense, much of last week’s risk-on mood owed to QE3 hopes so at least some of that will need to be given back if our scenario proves accurate. On the calendar, the RBA policy announcement is set to deliver a widely expected 25bps rate cut, with the response dependent on the bank’s guidance for future easing rather than the reduction itself Chinese Manufacturing PMI figures – both the official and HSBC version – are likewise due to cross the wires, although the growing disparity between the two makes them a suspect catalyst.The New Zealand Employment report is also on tap.

The reemergence of risk aversion also stand to weigh on the Euro, with signs of deepening recession on the final set of April’s already-dismal set of manufacturing and services PMI readings adding to downward pressure as future easing expectations build. The ECB interest rate decision will be judged within the same context: a change in policy is unlikely but President Mario Draghi’s rhetoric will be scrutinized for guidance going forward. As for the British Pound, correlation studies point to a focus on monetary policy expectations. This is likely to test the resilience of the UK unit with PMI reports expected to show sector-wide slowdown and may undermine traders’ recently rosy BOE outlook. 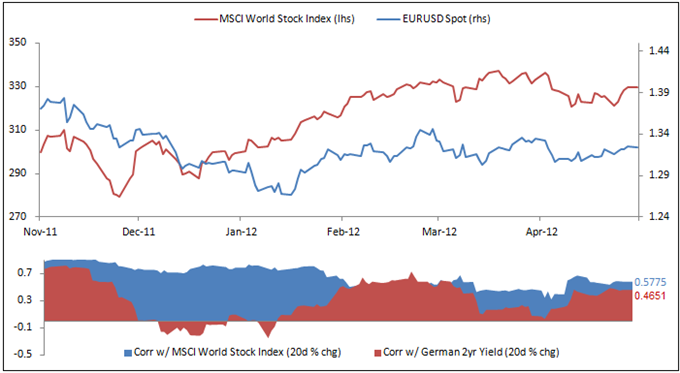 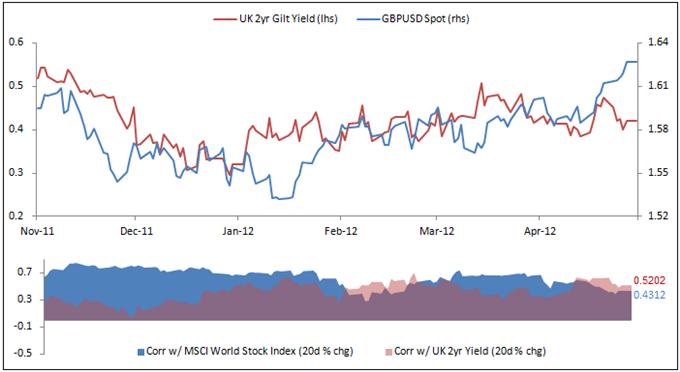 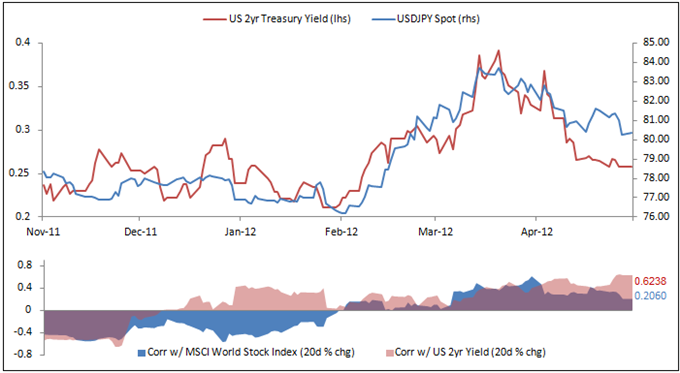 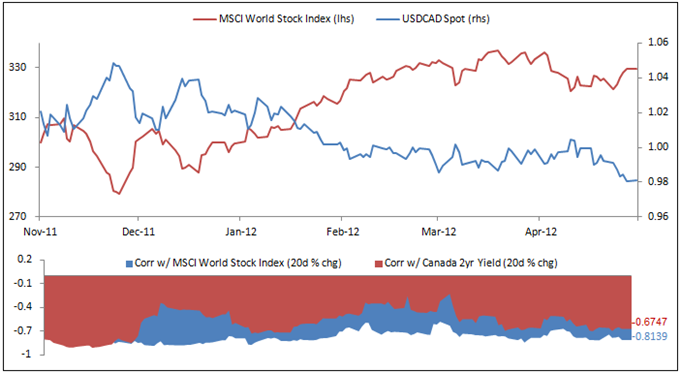 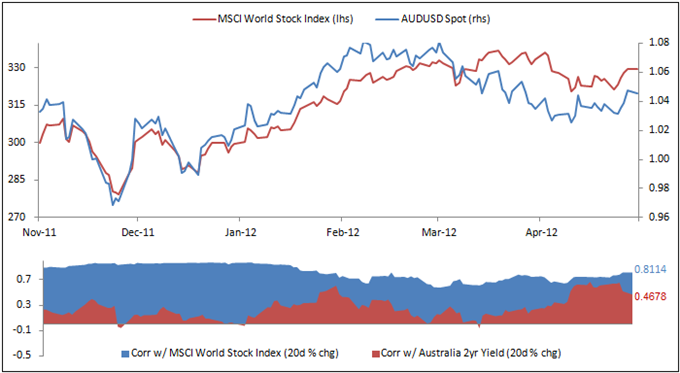 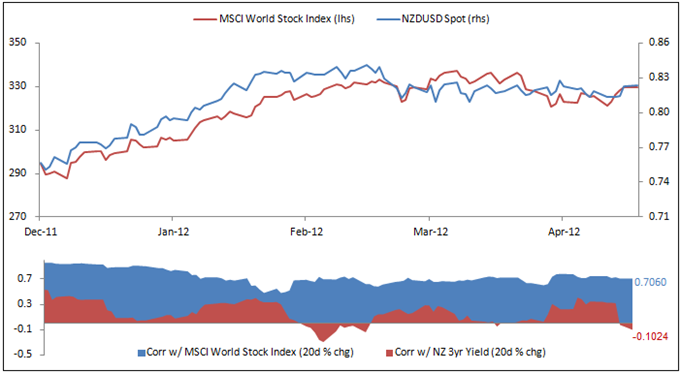