Last week’s disappointing US employment report dented hopes that an accelerating recovery in North America would offset a now widely-expected recession in the Eurozone and a slowdown in China. Worries about a deteriorating outlook on the latter front were compounded early in the week after the East Asian giant reported higher-than-forecast inflation figures and an unexpected return to trade balance surplus reported on Monday and Tuesday respectively. This suggested that PBOC rate cuts to dampen the downturn may be little more than wishful thinking (at least in the near term).

Not surprisingly, the spotlight has now turned on the probability of a third round of Federal Reserve quantitative easing (QE3) to underpin US growth and with it that of the globe at large, with traders awaiting evidence to gauge whether the March US jobs number was a one-off outlier or a real turning point. With that in mind, markets will be most interested in the Fed’s Beige Book survey of regional economic conditions as well as April’s preliminary University of Michigan consumer confidence reading (where expectations call for eighth consecutive increase to the highest level since February 2011). The March set of US CPI data is also due to cross the wires. Although the annual pace of core inflation is expected to remain unchanged at 2.2 percent, a downside surprise is likely to be viewed as QE-supportive, and vice versa. Finally, the Fed speaking calendarwill likewise merit attention, with a heavy docket of official commentary including remarks from New York Fed President Dudley and Chairman Bernanke.

On balance, signs of faltering momentum are likely to drive QE3 hopes and boost risk appetite. Most major currency pairs continue to show meaningful correlations with the MSCI World Stock Index – a proxy for market-wide sentiment trends that reflects investors’ overall confidence in the global growth outlook – meaning such a scenario is likely to see the US Dollar (ticker: USDollar) come under broad-based selling pressure. The relationship is a bit more nuanced for the Japanese Yen, but a firm link between USDJPY and 10-year Treasury yields suggests here too the critical driver of momentum will be risk-driven. If QE3 is perceived as more likely, capital is likely to shift away from the safety of Treasury bonds toward higher-yielding assets, sending yields lower and USDJPY lower. Needless to say, diminished QE3 expectations will probably produce the opposite effect.

Looking past the US, still more high-profile Chinese economic data threaten to amply global growth concerns. Gross Domestic Product data are set to show growth in the first quarter slowed to the weakest since the three months ending June 2009 while Industrial Production expanded at the weakest annual pace in 31 months. Retail Sales and Fixed Asset Investment growth are also forecast to deteriorate. Importantly, the focus on wishful stimulus hopes may counter-intuitively boost risk appetite in the event of meaningful downside surprise. Australian Employment figures round out the week, with the jobless rate expected to rise to 5.3 percent for the first time since September of last year. This stands to fortify the markets’ expectations for an RBA interest rate cut at the May policy meeting and could see the Aussie underperform its commodity-bloc counterparts. Traders now price in a 93 percent chance of a 25bps reduction in benchmark borrowing costs according to data from Credit Suisse. 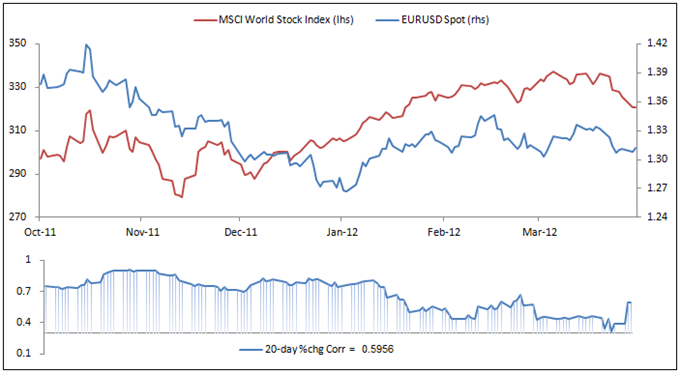 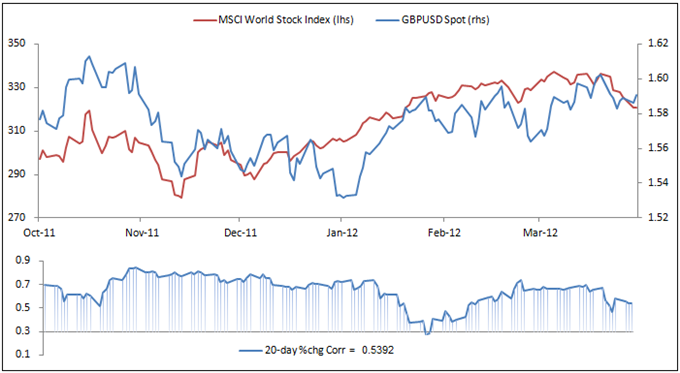 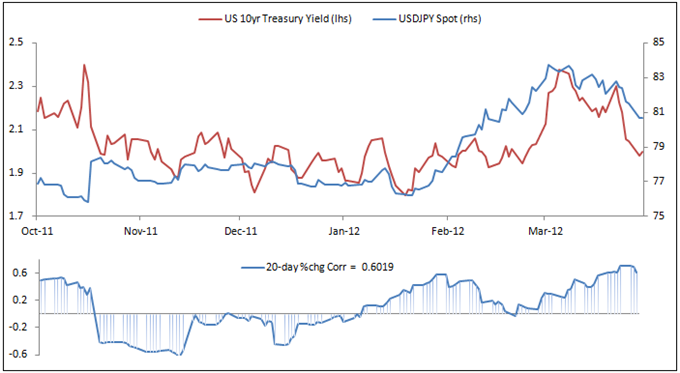 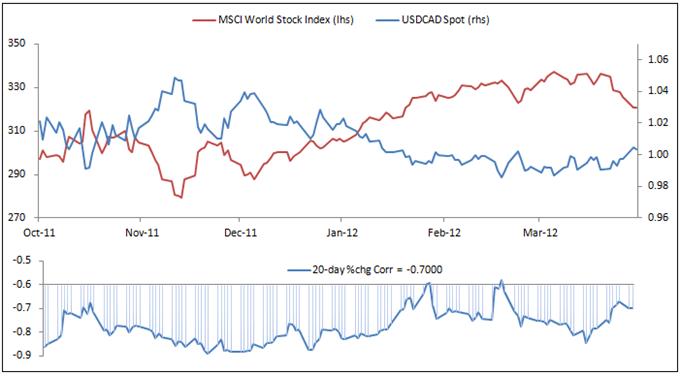 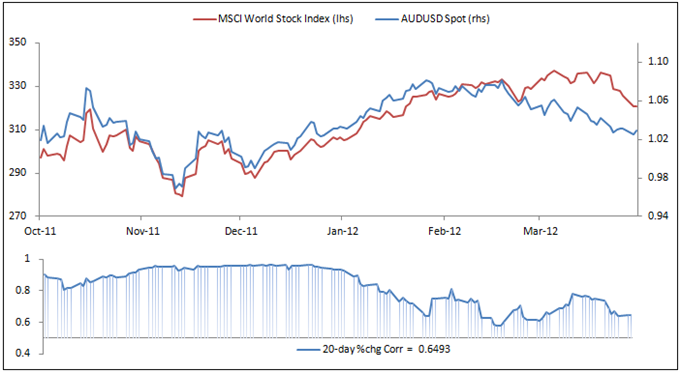 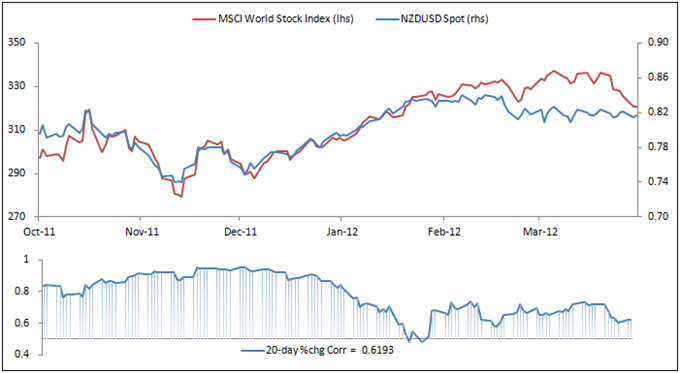