Major Currencies Appear to be Returning to Pre-2008 Trading Patters

Economic growth expectations continue to emerge as the prime driver of currency markets. The outlook is far from rosy, with the Eurozone widely expected to have entered recession in the first quarter while China is targeting the lowest GDP growth rate since 1999 this year. This leaves an improving recovery in the US as the lone major countervailing force, fracturing the binary risk on/off trading patterns investors had become used to since the onset of the 2008 global financial crisis and producing a more nuanced landscape.

For the US Dollar, this has meant that prices have become positively responsive to supportive domestic economic news as Federal Reserve officials begin to gradually back away from ultra-dovish rhetoric. Taken against the Euro and the British Pound, the result has been the return of interest rate expectations as the leading guide price action. Indeed, both EURUSD and GBPUSD now track benchmarks for near-term yield expectations, reflecting the likelihood that the slump Europe will keep ECB and BOE policy in accommodative territory even as the Fed backpedals.

Meanwhile, the Japanese Yen appears to be returning to its long-standing relationship with US Treasury yields once again. As a benchmark for the baseline return on USD-denominated assets, Treasury yields reflect how relatively attractive it is for Japan to recycle its Dollar surplus (earned courtesy the trade imbalance) into US versus converting it back into the local currency. With that BOJ intensifying efforts to unhinge deflation while the prospects for a third round of Fed QE appear increasingly dim, the sharp rally in USDJPY begins to make sense against a backdrop of rebounding returns on US bonds. The Yen’s carry trade funding currency status cannot be dismissed however – particularly as the greenback fades as a viable alternative – meaning sharp flare-ups of risk aversion are likely to prove supportive.

This leaves the consistently sentiment-linked Australian, Canadian and New Zealand Dollars to continue tracking stock prices. All three currencies have long-established sensitivity to the global business cycle courtesy of a link between commodity prices and monetary policy in all three countries. Canada’s economic growth prospects largely depend on raw materials demand from the US, the world’s biggest economy, while that of Australia and New Zealand hinge on a similar relationship with China, the second-largest one. This means the critical engines of global growth as a whole and those of the three Commonwealth countries are one and the same. Since the overall performance of the world’s stock exchanges reflects earnings expectations that hinge on broad-based growth trends, the so-called “commodity dollars” track the MSCI World Stock Index. 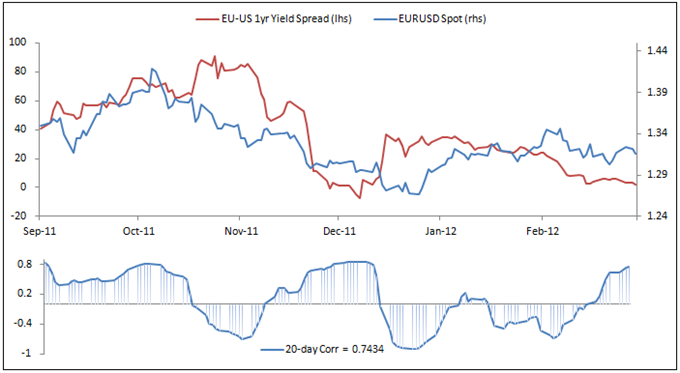 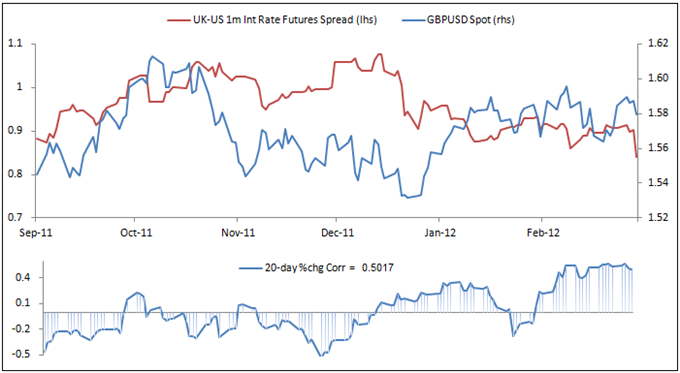 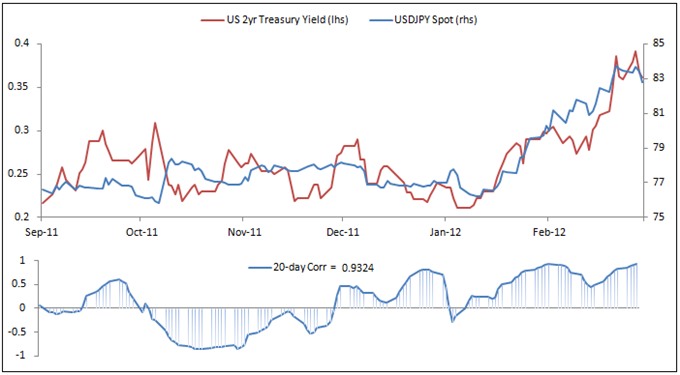 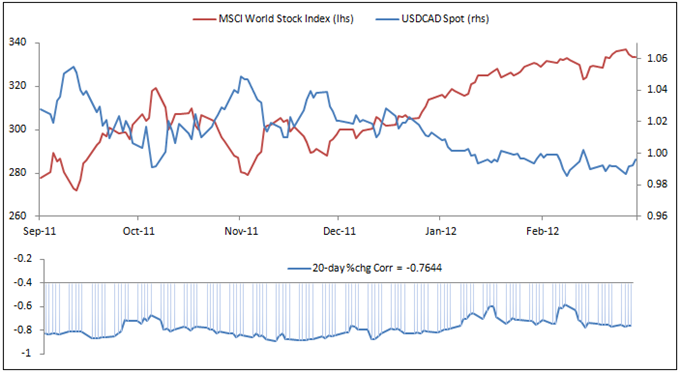 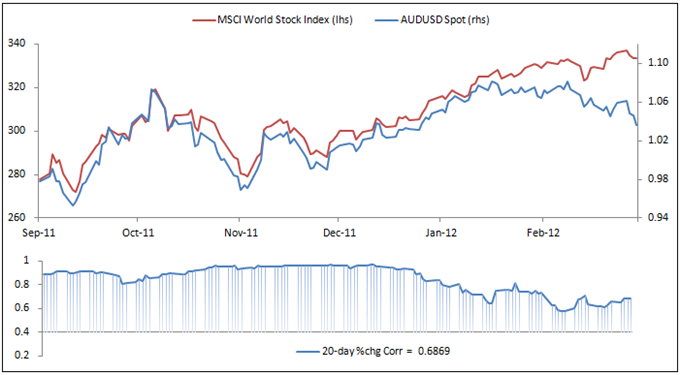 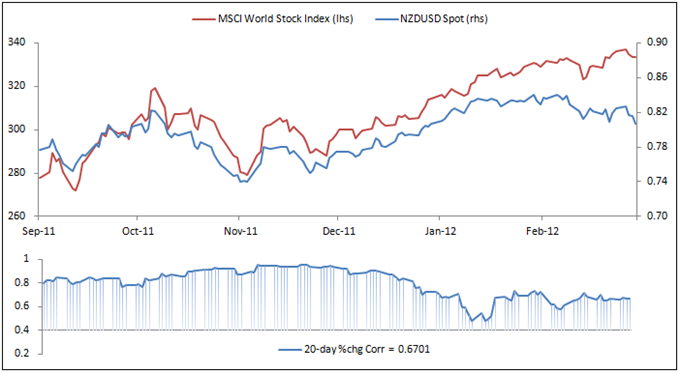