With Greek fiasco largely in the rearview mirror following last week’s successful PSI outing that almost certainly opened the door for the disbursement of funds through the second EU/IMF bailout package, markets have scope to reappraise the landscape for new catalysts. What they see is unlikely to appear rosy. A widely expected recession in the Eurozone – collectively the world’s largest economy – threatens to bring global GDP growth to the weakest since the Great Recession this year. Indeed, China lowered its growth target to the lowest since 2004 at least in part because of the projected slump in the currency bloc, the East Asian giant’s largest export market.

Against this backdrop, markets are looking to the US for a counterweight. While this makes US economic news a focal point for price action, its interpretation is likely to be somewhat counter-intuitive. Economists expect the economy to accelerate, with output adding 2.2 percentin 2012 compared with 1.7 percent last year, but this is still relatively anemic compared with the long-term average of 3.3 percent. In this context, good US data is likely to translate into downgraded QE3 expectations and weigh on hopes that stimulus-primed North American recovery will materially offset the slump in Europe.

Needless to say, this puts the spotlight on the Federal Reserve monetary policy announcement this week. The template for the markets’ response dynamics was established following Fed Chairman Ben Bernanke’s Congressional testimony last month. Most potently, the central bank chief said the fall in US unemployment has been “more rapid” than the central bank expected, hinting a third round of asset purchases would not materialize.The downgrade in dovish rhetoric weighed on stock prices while boosting the US Dollar. Comments from other Fed officials before and after Bernanke’s testimony seemed to reinforce the Chairman’s intent to project a more neutral tone.

If we get more of the same with the FOMC announcement, a similar response can be expected. The greenback is likely to see outsized gains versus its most sentiment-sensitive counterparts, the Australian, Canadian and New Zealand Dollars, with decent follow-through expected considering a lack of major domestic event risk on all three fronts this week. The Japanese Yen is also likely to see a strong response given the firm correlation between USDJPY and short-term US yields. The markets’ reaction to a handful of other big-ticket US releases including CPI and PPI data, industrial production figures, and the UofM consumer confidence gauge is likely to follow the tone set by the FOMC outcome.

The Euro too appears to be in the crosshairs as EURUSD rebuilds a correlation with the S&P 500 – a proxy for overall sentiment trends – given centrality of the Eurozone recession in shaping ECB monetary policy as well as the global economic outlook (and with it, market-wide risk appetite). The single currency may find a bit of offsetting as EU finance ministers meet in Brussels however, with the sit-down expected to conclude in confirmation that Greece will get its aid cash. Meanwhile, the British Pound continues to focus primarily on BOE policy considerations, with February’s jobs report at the forefront as a guide to shaping expectations for additional QE. Still, risk-related volatility is likely to spill over into GBPUSD if it produces a large one-sided move in the Dollar. 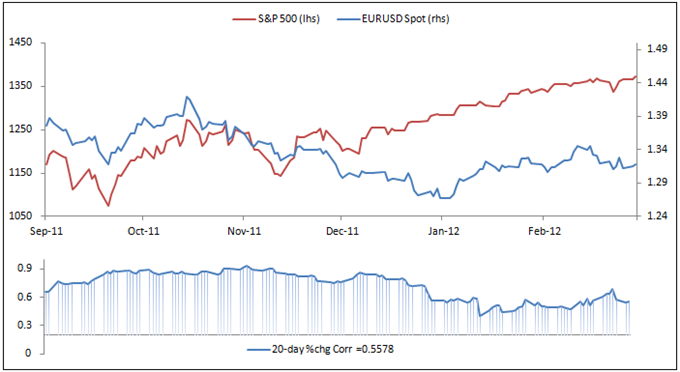 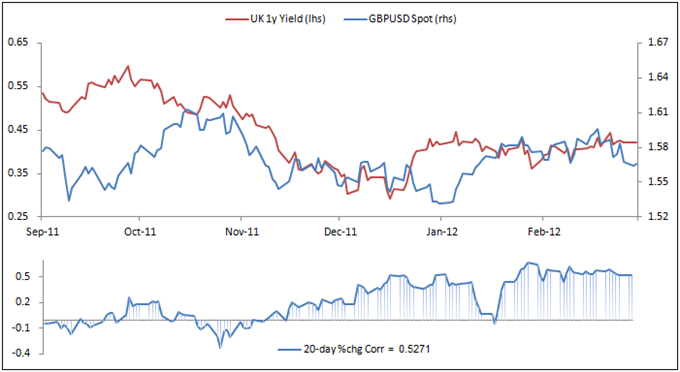 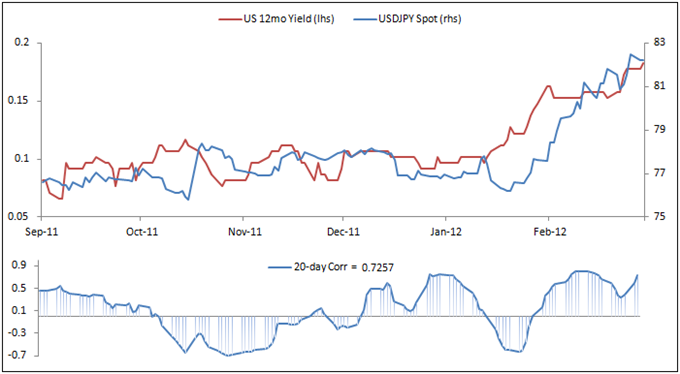 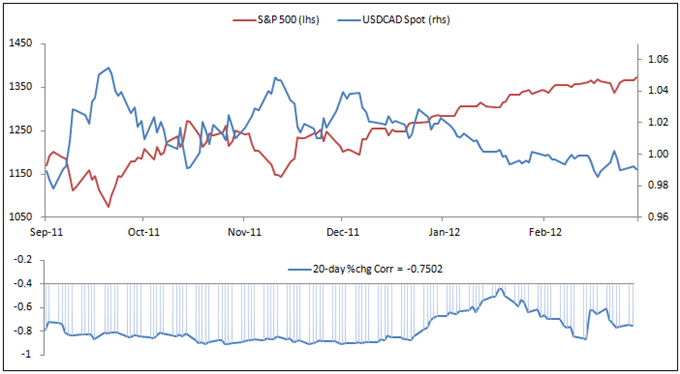 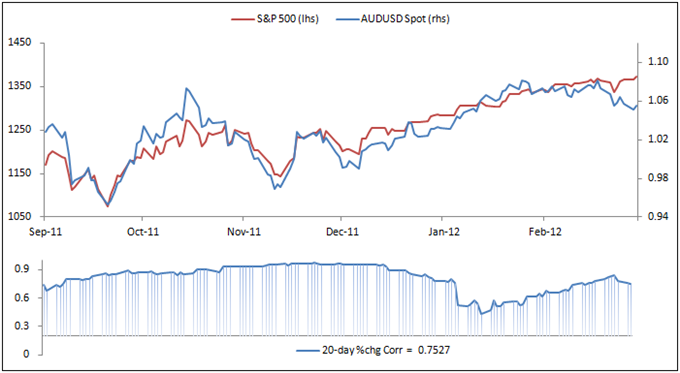 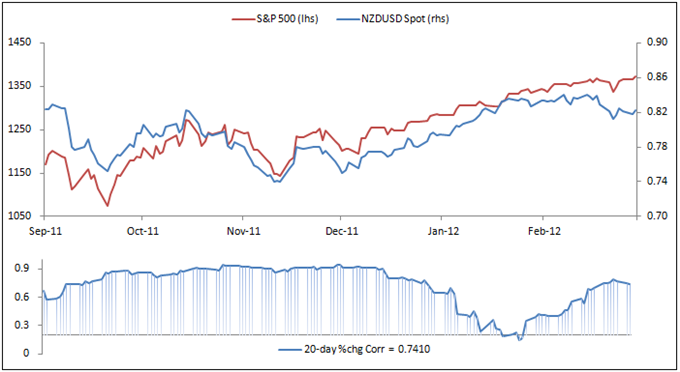