A week packed with fundamental event risk begins with the second 3-year ECB long-term refinancing operation (LTRO). Banks will begin to tap the facility on Tuesday and the results are set to be unveiled on Wednesday. Median forecasts call for a take-up of €470 billion this time around after a €489 billion outing in December. Taken together, this would amount to a firewall of close to €1 trillion containing the market-wide impact of a sovereign default within the Eurozone. In fact, taking OECD data as a basis, it would be close to enough to offset the hit from losses incurred by defaults in Greece, Spain and Portugal to banks’ balance sheets such as to prevent a significant retrenchment in lending or an asset selloff.

While markets are far from perfectly rational – meaning some reflexive risk aversion is likely if either of the aforementioned countries actually goes into outright default – it also hints an uptake broadly in line with expectations will prompt a significant downgrade the threat of a Eurozone-driven credit crunch in the eyes of investors. Needles to say, this is net-positive for global economic growth expectations. As such, it is likely to boost the sentiment-linked Australian, Canadian and New Zealand Dollars. The impact on the Euro itself may prove more nuanced. A significant correlation with the benchmark 2-year German bond yield hints that while a larger uptake may be good for risky assets, the single currency may see it play out as a significant dilution of the money supply that produces selling pressure.

From here, the spotlight shifts to the US where the Federal Reserve will deliver its Beige Book survey of regional economic conditions while central bank chairman Ben Bernanke gives his semi-annual testimony to Congress. If Mr Bernanke appears to soften his dovish rhetoric in line with we heard from other policymakers last week against a backdrop of firmer regional growth cues and otherwise stronger data, QE3 bets will probably take a significant hit. This will pressure Treasury bond yields higher and in turn seems likely to weigh on the Japanese Yen (see chart below). It remains to be seen how risk trends respond to a reduced probability for further Fed easing.

Given a likely parallel downgrade in Eurozone-driven credit crisis risk however, we suspect it is likely to prove supportive at least in the near term as traders see the accelerating US economy as an offsetting force to the oncoming growth contraction in the currency bloc. Expectations for another broadly positive set of US data releases – most significantly the ISM Manufacturing gauge – stand to reinforce this dynamic. Needless to say, this too bodes well for commodity currencies. Meanwhile, such a scenario may weigh on the British Pound, where the focus is also returning to yields. Homegrown catalysts are fairly limited, with a relatively flat February Manufacturing PMI expected to be the only data point of note. This means UK yields will likely remain relatively steady while those in the US are pressured higher, which stands to weigh on GBPUSD.

The EU leaders’ summit closes out the week. The focus here will be on the mechanics of implementing the second Greek bailout agreement. Athens has a long checklist of requirements to complete before the sit-down, and it is not at all clear that it will deliver. EU policymakers have allowed Greece to miss ample deadlines before, the downgrade in credit market risk posed by a disorderly default there following two LTRO operations means their tolerance is far thinner than before. This opens the door for a testy outing that may reflexively spook markets and weigh on the spectrum of major currencies to the benefit of the greenback (and potentially the Yen) if the release of the first tranche of the second bailout is delayed. 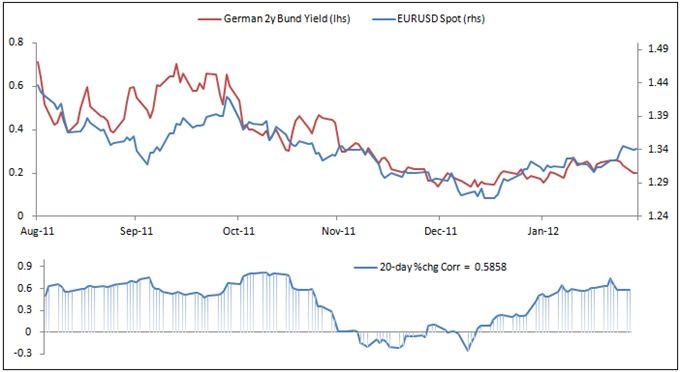 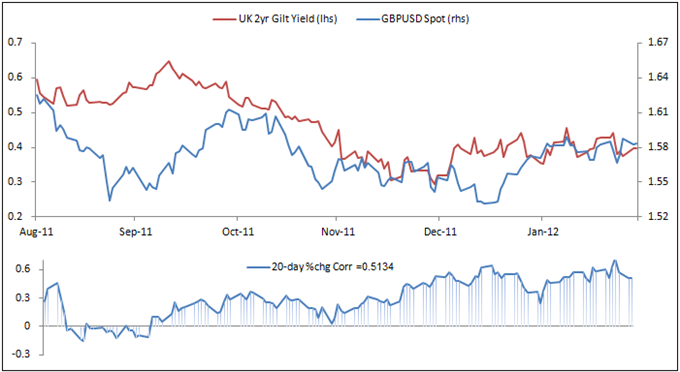 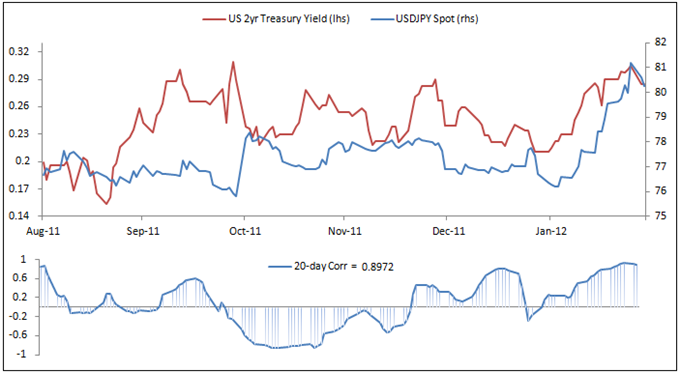 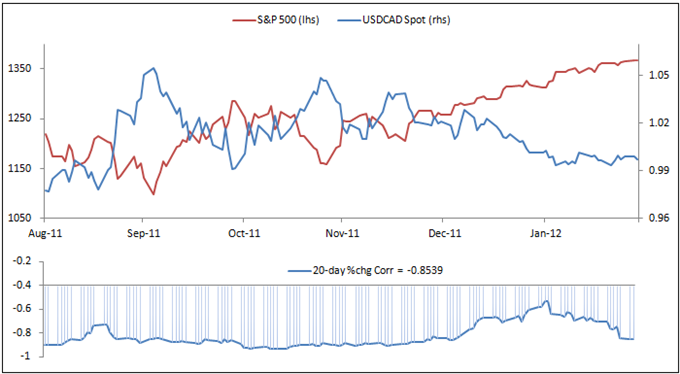 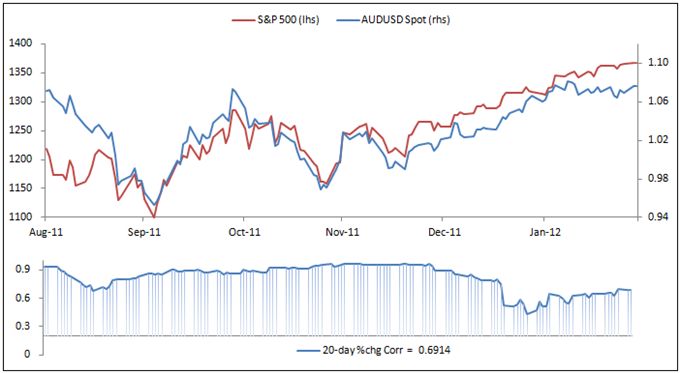 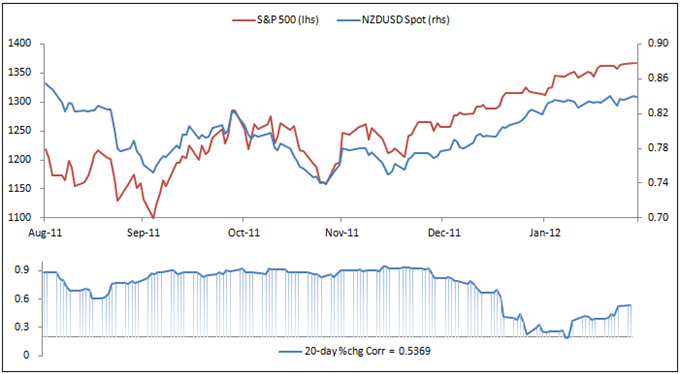