The emergence of an agreement on the second Greek bailout packageat the start of the trading week is proving anti-climactic. While the Euro jumped in the immediate aftermath of the announcement, bullish momentum quickly ran dry. At first glance, this seems counterintuitive considering the degree to which negotiations surrounding the accord preoccupied sentiment trends over recent weeks. Indeed, one might expect that the long-awaited appearance of a deal would boost risk-taking and the Euro alike.

However, as we first argued two weeks ago and on numerous occasions since, a Greek default has not presented a significant danger to global markets since the ECB pumped enough cash into EU banks via the 3-year LTRO facility to effectively rule out a subsequent credit squeeze. This meant that worries about the looming March 20 deadline when Greece would run out of cash to pay for maturing debt obligations were reflexive rather than rational.

With that in mind, we suggested that a bailout announcement would not generate a lasting boost to risk appetite, with the spotlight quickly shifting to the dismal outlook for global economic growth.Economists’ median world GDP expectations for 2012 have been sinking precipitously since early August. Global output is expected to rise by a meager 2.13 percent this year, marking the weakest performance since the end of the Great Recession three years ago.

Against this backdrop, renewed risk aversion appears to be the path of least resistance. Needless to say such an outcome bodes well for haven currencies, with the US Dollar likely to fare particularly well considering it is the only major safety-linked unit in the FX space (the others being the Japanese Yen and the Swiss Franc) unburdened by intervention from domestic authorities.

The Australian and New Zealand Dollars are likely to suffer most in such an environment given their persistently strong correlations to world stock prices. The Canadian Dollar is likely to outperform relative to its commodity-bloc counterparts considering its link to global demand trends is established via Canada’s trade relationship with the US, where growth is expected to accelerate (contrary calls for a slowdown in China – the equivalent actor for the Aussie and Kiwi – interest rate cuts notwithstanding). CAD weakness still appears likely against the safe-haven complex however.

For the Euro, moving past Greece opens the door for economists’ calls for recession in 2012 to begin feeding ECB rate cut expectation and weighing on the currency. Indeed, the rebuilding correlation between the single currency and the regional benchmark German bond yields reflects a return to the monetary policy outlook as the central driver of price action. Nominal improvements in February’s manufacturing- and service-sector PMI figures as well as the German IFO business confidence reading may dull selling pressure however.

Similarly for the British Pound, the rates outlook takes top billing as traders hone in on minutes from February’s BOE policy announcement. As usual, the vote tally will be of greatest interest as traders gauge conviction in favor of additional QE based on the number of voices in favor of the latest expansion of asset purchases on the rate-setting MPC committee. A strongly dovish bias is likely to weigh on Sterling, and vice versa. 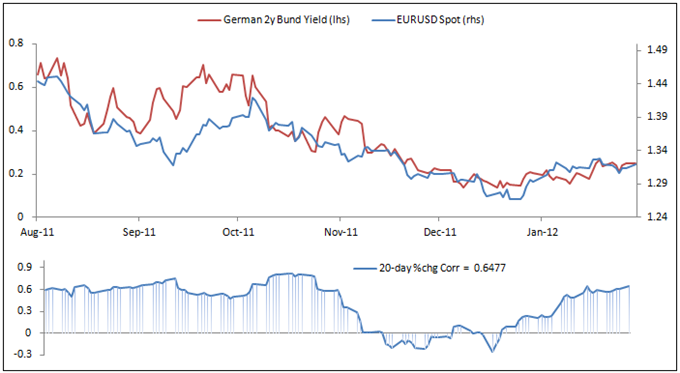 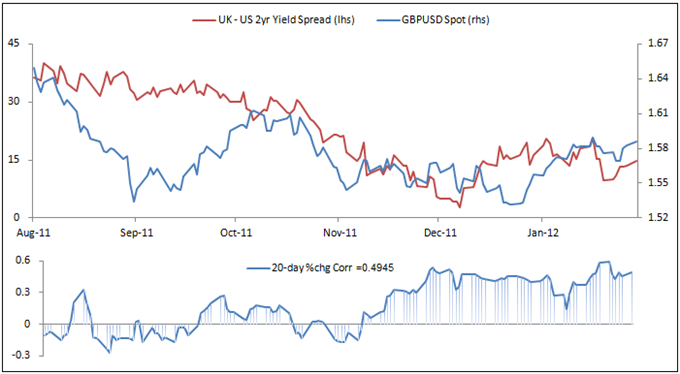 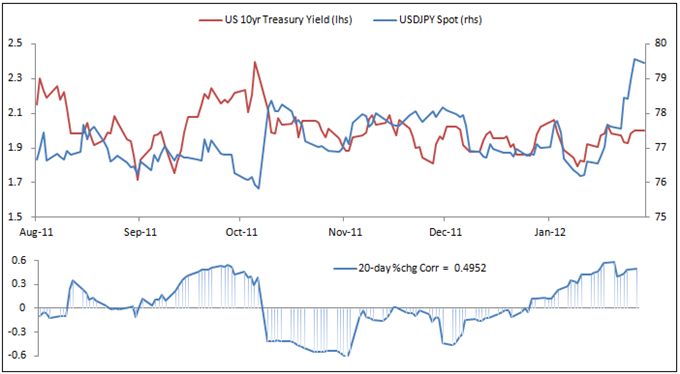 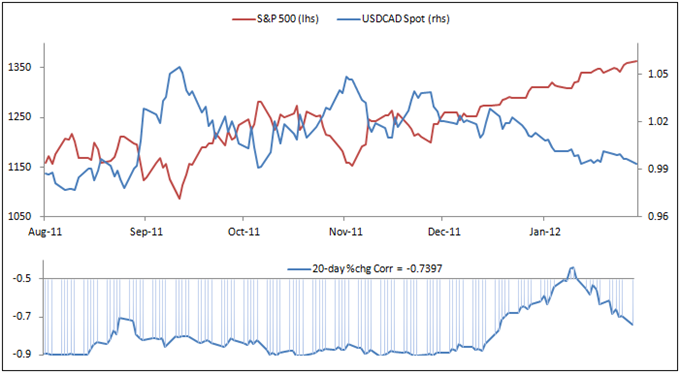 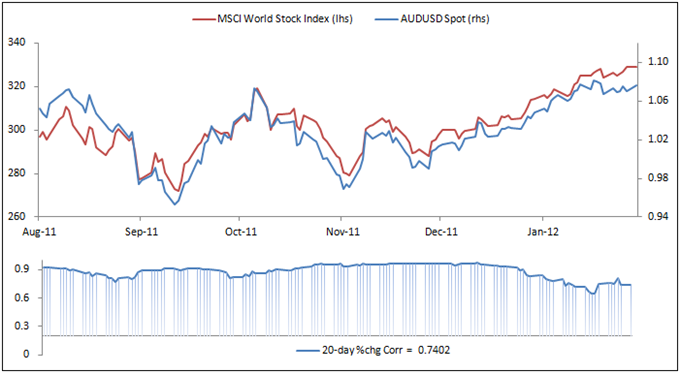 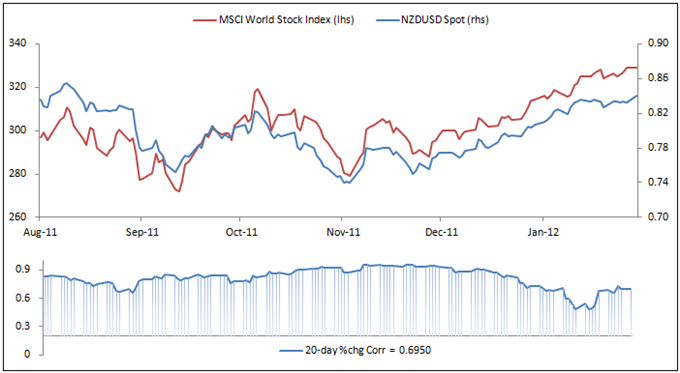