Broad-based sentiment trends remain firmly in control of foreign exchange markets, with the path of least resistance appearing to lead lower for “risk-on” currencies to the benefit of the safety-linked US Dollar. Sellers have their pick of reasons to push risky assets lower, with the range of forces souring the markets’ mood broadly divided into economic and geopolitical factors.

On the economic front, consensus forecasts call for a week of cooling across top-tier US fundamental indicators, culminating in a flat Employment report. Softer performance in the world’s top consumer market will weigh on global recovery hopes and risk appetite at large, especially considering the uptrend in US economic data surprises (as tracked by Citibank) that held from early December was broken two weeks ago. Meanwhile, the March 24-25 EU summit failed to address the immediate threats posed by sovereign risk in Portugal and Spain, opting to focus on the permanent bailout mechanism that will go into effect in 2013. Finally, uncertainty still surrounds Japan and the toll that the Tohoku earthquake will take on global recovery, all the while the threat of a serious nuclear disaster at Fukushima Daiichi continues to linger.

Sizing up the geopolitical landscape, things do not appear any more encouraging. Turmoil in Bahrain – a proxy case for whatever may arise in Saudi Arabia, the world’s top oil producer – has eased somewhat after GCC troops entered the fray, but their continued presence hints the Al-Khalifa regime feels far from at ease. In the meantime, tensions have risen in Syria, Jordan and Yemen, while UN troops remain engagedwith the forces of Muammar Qaddafi in Libya. The unrest pushed crude oil to the highest in 30 months last week and prices are likely to continue marching upward to the detriment of the global recovery as long as reports of bloodshed continue to fill the headlines.

The link between overall risk appetite and the Euro continues to strengthen. This seems reasonable considering one of the headwinds bearing down on sentiment emanates from the currency bloc, where the much-anticipated EU leaders’ summit concluded on Friday failed to offer anything concrete to quell fears of looming crisis in Portugal and Spain. While this points to substantial downward pressure, the expiry of a three-month LTRO threatens to drain as much as 149 billion euro in liquidity from the markets, boosting Euro-area yields and offering a bit of support to the single currency. German and region-wide Consumer Price Index and Unemployment figures headline the economic calendar. 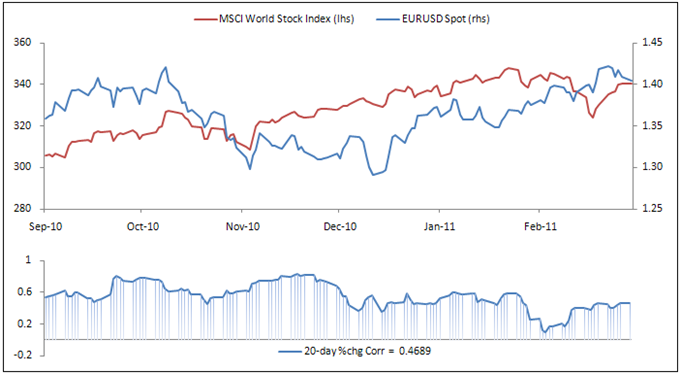 The British Pound stands alone as being driven primarily by the outlook for interest rates while the rest of majors fall in with risk trends. Still, weakness appears likely as last week’s disappointing Bank of England minutes continue to weigh on policy tightening expectations. The economic and speaking calendars will do little to offset this trajectory, with a revised fourth-quarter Gross Domestic Product reading amounting to the only bit of top-tier data while MPC members David Miles and Paul Fisher – both firm doves that are unlikely candidates to be lured over to the hawkish camp – take to the wires. With that in mind, renewed Euro Zone sovereign risk concerns could underpin Sterling as an alternative regional unit of exchange in the event that confidence in the Euro begins to crumble in earnest. 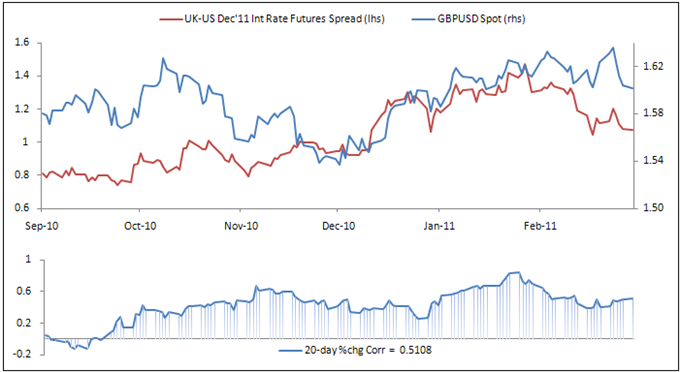 The Yen appears to be returning to its familiar safe-haven role, trading inversely to the MSCI World Stock Index. While the threat of intervention remains quite real, its aim is not necessarily to produce a weaker currency. On one hand, a stronger Yen threatens the critical export sector that will be seen as instrumental in helping the economy recover; on the other, the Yen's increasing purchasing power will help to dull the cost of recovery efforts for individual as well as public and private entities considering so many goods and resources in Japan are imported. On balance, this means Japanese officials will look to manage Yen volatility rather than push prices in a given direction, suggesting renewed strength on the back of an unwinding in risk appetite may be allowed to progress undeterred provided it happens gradually. February’s Employment and Industrial Production figures as well as the first-quarter edition of the Tankan Manufacturing survey headline the domestic economic calendar. 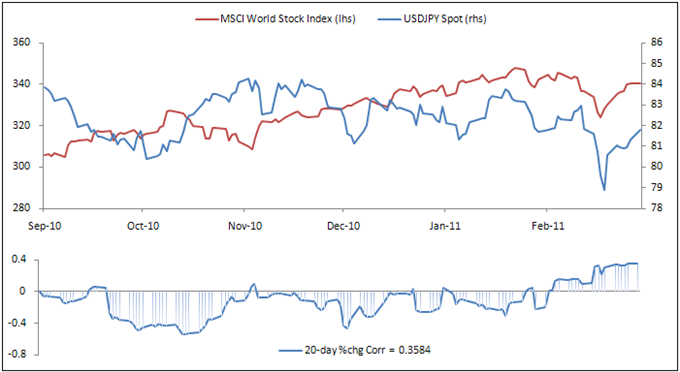 The commodity currencies continue to track risk sentiment, with the New Zealand Dollar back in the fold after briefly veering away last week. With that in mind, weakness seems likely on the horizon as risk aversion grips financial markets. Australian Building Approvals, New Zealand Trade Balance and Business Confidence, as well as Canadian Gross Domestic Product figures highlight the homegrown economic calendar. 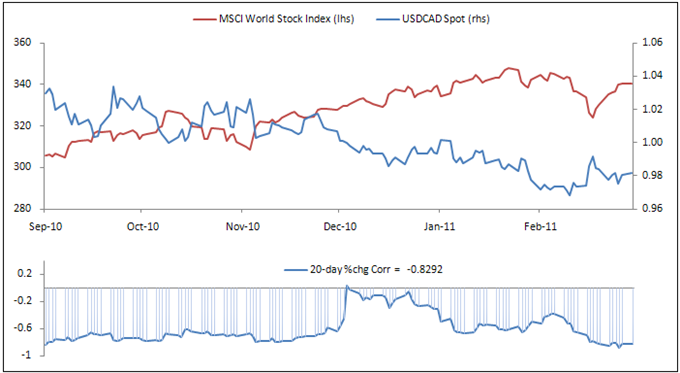 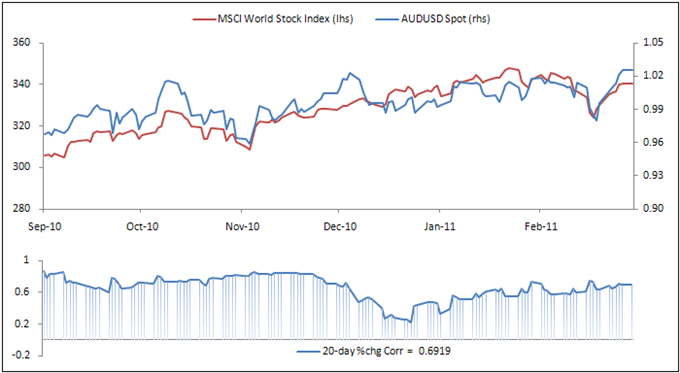 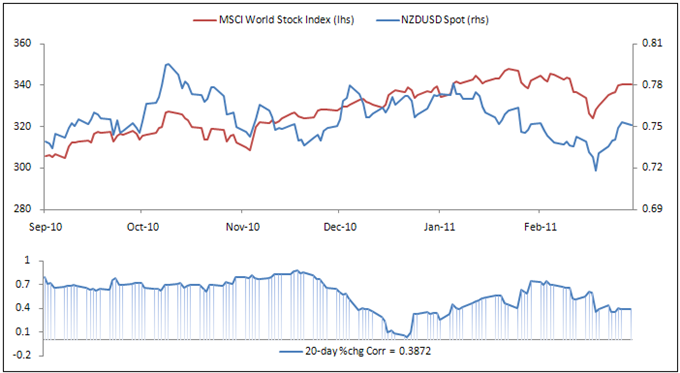