The EU-US yield spread remains in focus for the Euro, putting the spotlight on the European Central Bank interest rate decision. While an outright rate hike is improbable, an overtly hawkish shift in commentary from ECB officials over recent weeks suggests the central bank may have been preparing markets for shift toward a more restrictive posture as the headline inflation rate hits two-year highs. This may take the form of a change toward less accommodative terms at the bank’s repo operations (lending facilities for banks), an upgraded long-term inflation forecast, or simply a marked change in official rhetoric. As it stands, futures markets are pricing in the first rate increase by September. Renewed sovereign risk fears may undermine ECB-driven Euro strength however with Portugal set to refinance a large tranche of maturing bonds at markedly higher borrowing costs while debt-strapped Spain and Belgium tap the markets for additional financing. The spread of protests into Oman – the second major oil exporter after Libya to be engulfed in broadening turmoil sweeping the Middle East – may also prove to be a factor if safe-haven demand continues to boost US Treasury bond prices, weighing on yields and the greenback alike. February’s flash Euro Zone Consumer Price Index and preliminary fourth quarter Gross Domestic Product figures as well as Germany’s Unemployment reading headline the data docket. 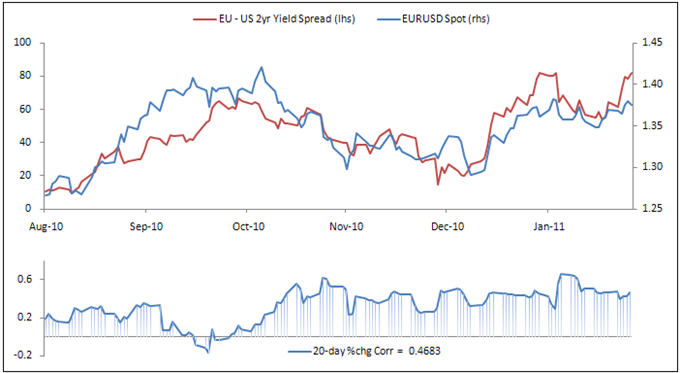 As with the Euro, the yield spread is at the forefront for the British Pound. This is likely to put the focus on February’s set of Purchasing Manager Index figures, with manufacturing- and service-sector growth expected to slow this time around after putting in strong results in January. Some of those gains were surely reactionary as firms played catch-up after activity slumped amid the coldest December in a century, and traders will be keen to stress-test the recent build in rate hike expectations against economic realities, particularly after an already dismal fourth-quarter GDP reading was revised even lower last week. The developing situation in Oman may also prove market-moving should it prove to weigh on US Treasury yields (as had been the case with Libya), shifting the UK-US spread against the greenback and boosting GBPUSD. 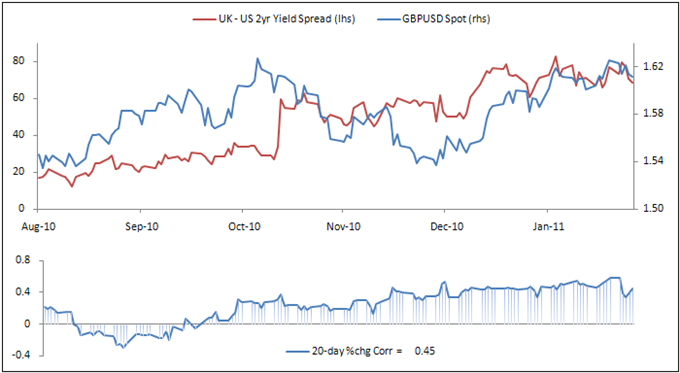 Yield spreads have returned as the key driver of Japanese Yen price action, hinting traders are in for a week that is anything but quiet. Renewed concerns about the impact of oil supply disruptions on the back of the flare-up in Oman and their potential impact on Treasury yields (as discussed above) notwithstanding, the US economic calendar alone is reason enough to expect dramatic price movement. The ISM Manufacturing Survey, the Fed’s Beige Book and the all-important Nonfarm Payrolls report along with a hefty dollop of second-tier releases all due to cross the wires.A long list of Federal Reserve speakers – headlined by Chairman Bernanke’s semiannual congressional testimony –threatens to compound the already tense environment. Taken together, this makes for a complicated landscape, with the likelihood of volatility seemingly the only firm conclusion to be made about the Yen’s trajectory of the next five days. Japanese Employment and Capital Spending figures headline the domestic data docket. 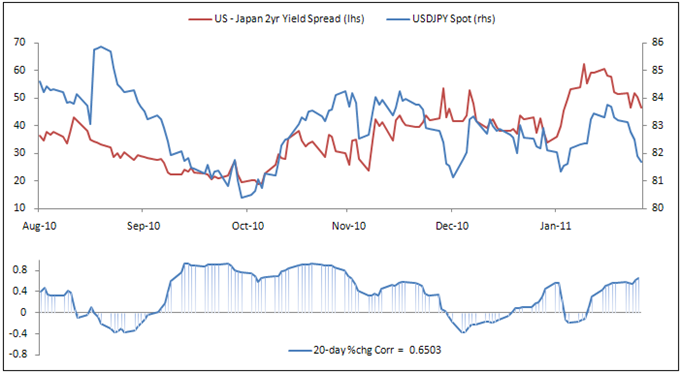 The commodity bloc continues to track underlying risk sentiment, keeping the spotlight on developments in the Middle East as well as the US economic calendar. On the domestic front, the Reserve Bank of Australia and the Bank of Canada are both set to issue rate decisions. The former is unlikely to produce a significantly market-moving outcome: the RBA has been hard at work shaping expectations for a neutral bias for several months now and more of the same is likely this time around. As for the BOC, rate hike expectations have been rising and futures markets are pricing the first increase at the March meeting. If this is an accurate reflection of the policymakers’ thinking, a hawkish shift in rhetoric in preparation for an increase at the following sit-down seems reasonable. However, with USDCAD at the lowest in two years, Mark Carney and company are likely to be wary of the exchange rate’s impact on the export sector, hinting that a bit of disappointed selling of the Loonie may be in order in the aftermath of the rate decision. 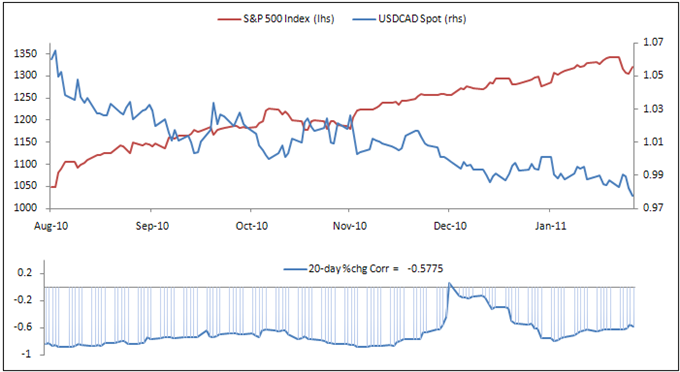 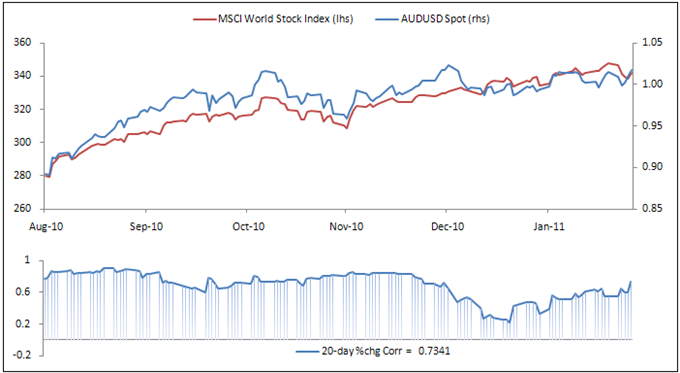 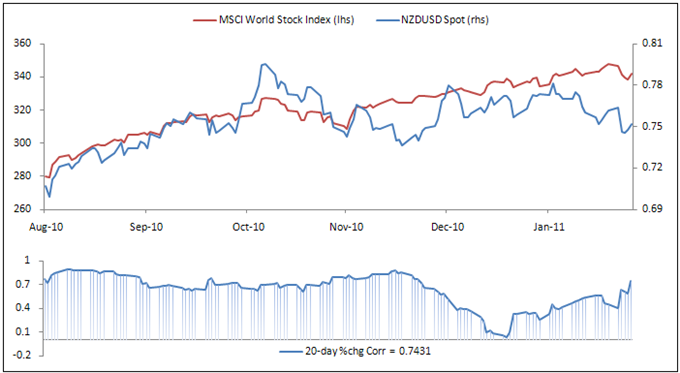