This morning brought the September rate decision from the Bank of Canada, and this meeting comes in a backdrop in which the world’s two largest Central Banks are both expected to enact some form of dovish policy over the next couple of weeks. In Canada, inflation has remained at the bank’s 2% target for the month of July after a similar print in the month of June. 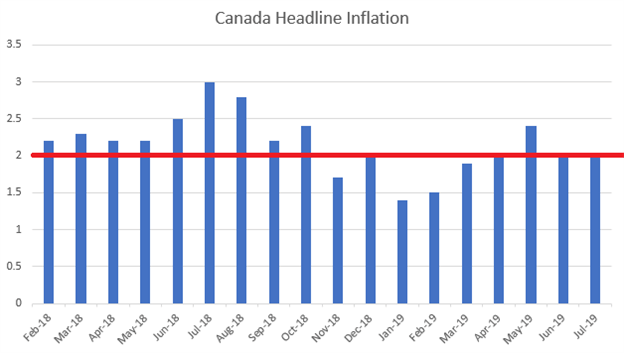 The bank held rates at this morning’s meeting, and the net response has so far been one of CAD strength as prices have furthered their fall from yesterday’s resistance test, as discussed in the webinar.

It’s been a busy summer in USD/CAD but, at this point, we’re pretty much where price action had found resistance in late-April and support in early-May. Along the way, momentum in the pair got a push from all of the Bank of Canada, Canadian inflation and the US Dollar; but it was the BoC rate decision in late-May that continues to loom large on the charts.

This is when the BoC removed the phrase from their statement referring to a return to the ‘neutral rate,’ or that theoretical ‘goldilocks’ rate in which policy is neither stimulative nor restrictive. That led to a quick breakout up to fresh four-month-highs above the 1.3550 level; but that move was soon priced-out as USD-weakness started to take center-stage. That bearish push in the pair was then aided by a really strong Canadian inflation print from May, released in June, and that helped the pair to put in an aggressive bearish trend all the way down towards the 1.3000 psychological level.

But it was around that 1.3000 level that sellers began to dry up, and after two weeks of churn, a falling wedge formation had built that opened the door to bullish strategies in the pair. That bullish theme filled-in during late-July and early-August trade, with price action making a strong push back above the 1.3300 level.

Resistance in the pair held around 1.3345 through multiple iterations, and as mentioned in the webinar a couple of weeks ago, USD/CAD would likely need some element of capitulation before bearish strategies may get back to work. That capitulation may have shown around the recent dynamics in the US Dollar, with a strong topside push around the August close and the September open. This move helped USD/CAD to breakout to a fresh two-month-high, finding resistance in a key zone of confluence on the chart that runs from 1.3361-1.3385. Yesterday’s price action produced an inverted hammer formation as buyers faltered in this key zone; keeping the door open to bearish reversal potential.

USD/CAD: What to Watch?

Look for continued defense of resistance at zones around 1.3345 and the bigger-picture zone that runs from 1.3361-1.3385. That bigger picture zone had given multiple iterations of support before the June breakdown priced-in, and a hold of resistance here, or below, can make the prospect of bearish strategies as more attractive. On the way down, support potential exists around 1.3250, 1.3133, 1.3050 and then, the elusive big figure at the 1.3000 handle. 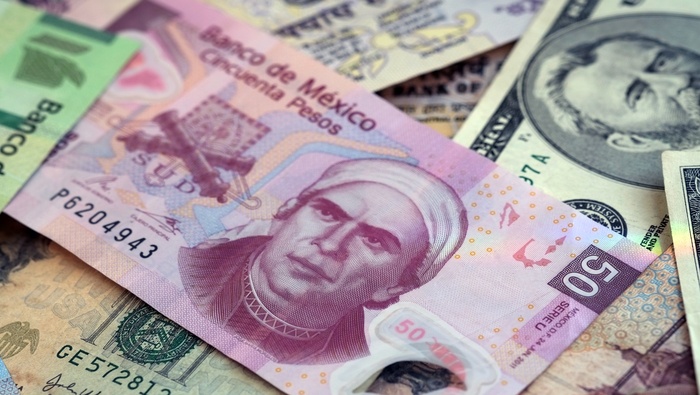