It’s 2019, And Risk Rallies As Powell Put Is In Play | DailyFX Podcast

What’s going on with Risk?

Before the year ended, most assets were underperforming. However, 2019 turned everything around. The market’s favor has shifted aggressively to risky assets, which is alarming since there was no change in their fundamentals.

For instance, crude oil became a bullish market after closing 23% higher from the December 24 low. Meanwhile, crude’s large supply versus demand does not support the price increase.

What does this mean for markets?

The strong start for risky assets may not be maintained since the growth fundamentals do not appear to support the growth. What may have contributed to the outperformance of risky assets are factors such as China’s cash reserve ratio being cut by 100 bps, the Fed’s verbal support via pulling back from priced in rate hikes in 2019, US job growth beating expectations, all of which has contributed to the 11.6% increase in the S&P 500 from the December low. The US Russell 2000 has rallied 15.8% from the December low and has registered the best start on record going back to the early 1980s. 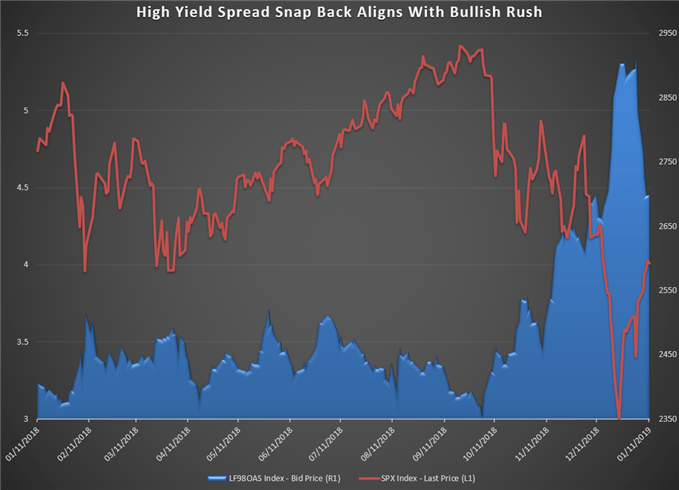 The increase in volatility may have a reversal trend in this market. It is important to be careful if investing in these assets as growth does not seem to be promising.

What is IG and HY Investment?

Investment Grade: High investment grade bonds, typically BBB- and higher according to Standard and Poors. These bonds have a lower risk than the HY bond. Therefore, it offers a lower risk premium. These bonds typically outperform HY bonds when the risk of default is high.

High Yield Bond: Below BBB investment grade. Since it has a higher risk than the Investment Grade bonds, it tends to have higher yields to make up for the additional risk. This tends to be more favorable than IG bonds when the risk of default is low. 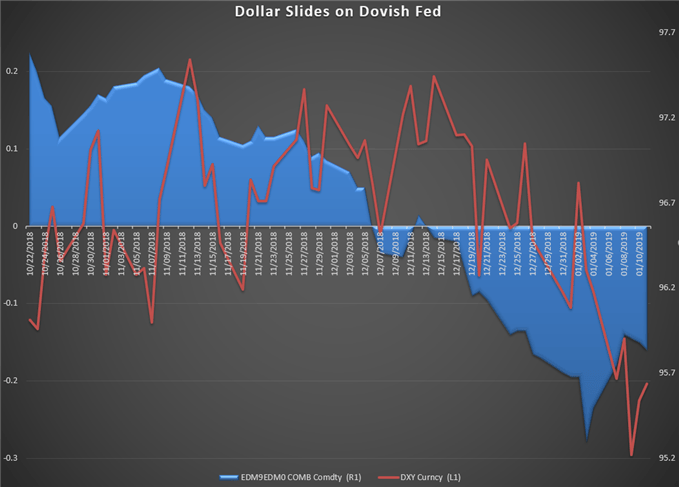 USD has depreciated since the Fed’s Chairman, Jerome Powell, said that they would be patient.

The Fed first started with proposing two hikes for 2019, which was then changed to one. The current statement from Powell illustrates support from the Fed, and it also creates further uncertainty since there is also a possibility of rate cuts.

Although 2019 started strong, the uncertainty creates a reason to believe that the market may take a turn for the worse. If the Fed decides to make cuts, this would mean that the economy has gotten to a point where the macroeconomics are terrible.

The JPY experienced a flash crash shortly after Apple announced a decrease in revenue.

The flash crash signals uncertainty in the credit market and the global market. The fact that Apple has witnessed a slowdown indicates slow growth in Japan.

As illustrated in the graph above, in 2007, the JPY had a similar occurrence. Not long after, their market experienced serious problems and took a sharp turn downwards. The flash crash may signal another 2007 situation where the JPY had a moment of prosperity before it took a deep hit.

What is a flash crash?

When traders are trading in the same direction at once, it creates volatility, which results in a short term extreme fall.

Sr. Analyst, Tyler Yell, CMT covers this indicator and more in the DailyFX podcast; Trading Global Markets Decoded that you can access here.