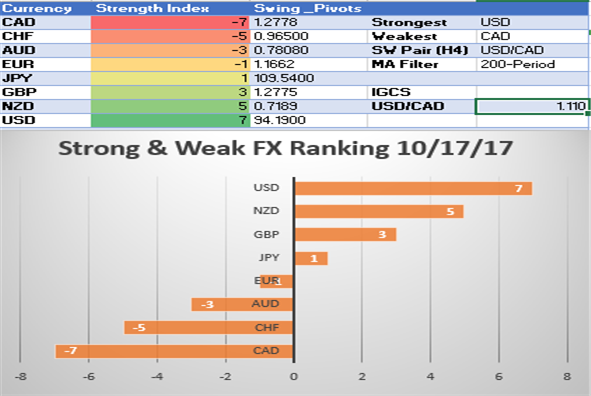 -The Canadian Dollar remains the weakest currency and headlines on Tuesday morning added to the pain. CNBC reported that Canada and Mexico are expected to reject U.S. NAFTA proposals though they will offer to keep negotiations ongoing. Before the CNBC report, the spread between the 2-year sovereign yield of US and CA bonds flipped from being in favor of Canada to the US for the first time since early September. The relationship of the yield spread held a near perfect positive correlation to the USD/CAD spot rate in the previous month. Canada’s short-term yield premium to the US 2-year yield peaked on September 8 at ~26bps and now is in the US’ favor by 3bps. The Canadian Dollar has weakened by 2

-The US Dollar continues to broaden its strength on news that Stanford Professor of Economics, John Taylor has a higher likelihood of becoming the next Fed chairperson than previously thought. The often-praised Taylor economic model, which is lore among macroeconomists says the Fed should be much tighter than they currently are with rates at 1.25%. The view that Taylor could take the helm at the Fed has sent front-end yields higher flattening the curve while the USD surged. Since news of Taylor impressing US President Donald J Trump, the price of USD/JPY has shown quick reaction higher by ~0.5%.

-The British Pound failed to hold gains despite UK inflation hitting 3% y/y, the highest levels since 2012. The odds for a Bank of England rate hike remain near 80%, but GBP failed to hold the gains as high-strike GBP premiums are fading, which would argue that GBP gains and BoE pressure is likely a shorter-term phenomenon. Currently, the view in derivatives markets is that the next hike from the BoE will likely not be followed up by another hike anytime soon as consumer spending has been struggling as the economy slowed making it difficult to hold a long-term Bullish GBP view.

-The price of USD/JPY looks to finally be reflecting the broader risk-on sentiment as seen with the Nikkei trading at the highest levels since 1996. A key reason for this can be seen in the premium for JPY calls receding ahead of the October 22 election. When PM Shinzo Abe called for a snap election to increase the LDP ruling coalition, JPY began to strengthen (JPY-crosses lower) as puts on JPY crosses and JPY calls became bid with an expiry around October 22. Such a development was key in seeing a cap on USD/JPY rising despite broader risk sentiment. Recently, reports from Japan’s media are showing an increased likelihood that the Abe administration will strengthen its grip on power the options premium for JPY strength has come off, and a continuation of this trend could lead to further increases in JPY-crosses. 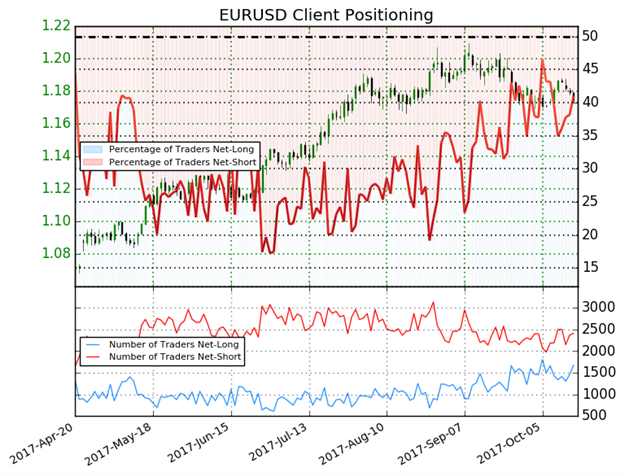