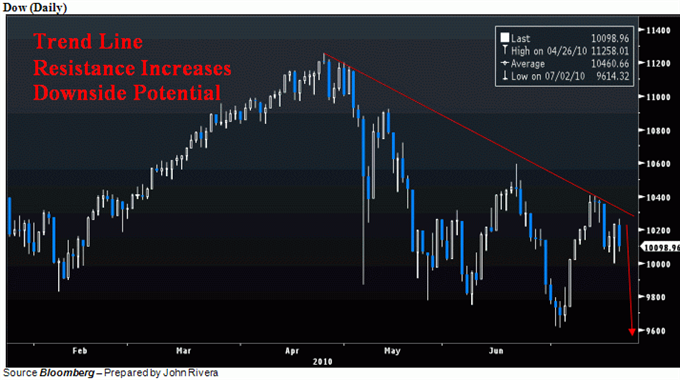 The European bank stress test have come and gone with little fanfare as only seven of the 91 banks tested failed. Markets are debating the integrity of the process as a sovereign default scenario wasn’t introduced, opening the door for skepticism. The Euro is finding support on the back of a small relief rally and risk appetite which received a boost from the robust U.S. new home sales report. The EUR/USD has seen its relationship with risk firm to 45% from 43% as broader trends start to override European fundamentals. Indeed, yield expectations have seen its influence fade to 31% from 38% a month ago, but a recent spike could increase their relevance. Conversely, U.S. interest rate expectations have started to become a more prominent driver as pessimism grows over U.S. growth prospects.

Overnight index swaps surged to 41.9 from 29.0 following the bank stress test results and an unexpected rise in German business confidence. Markets are now looking for the ECB to hike rates more than one time over the next year as the region’s fundamentals continue to improve and the sovereign debt crisis fades. There were concerns that the banking system could re-emerge as a problem but all except seven of the tested banks showed proper liquidity. Recent headlines were expected to weigh on sentiment, but firm global growth remains and strong emerging market demand for German goods has Europe’s largest economy keeping pace. Therefore, the upcoming German unemployment report could become a market mover and shape the outlook for yields, as continued improvement in labor market will raise the potential for domestic growth and higher wages. The Euro-zone CPI-estimate also garners attention as wage growth will become a concern for policy makers and if broader inflation expectations are on the rise then the central bank may decide to take a more hawkish stance than their current neutral bias. Discuss this and trading ideas join the EUR/USD forum. 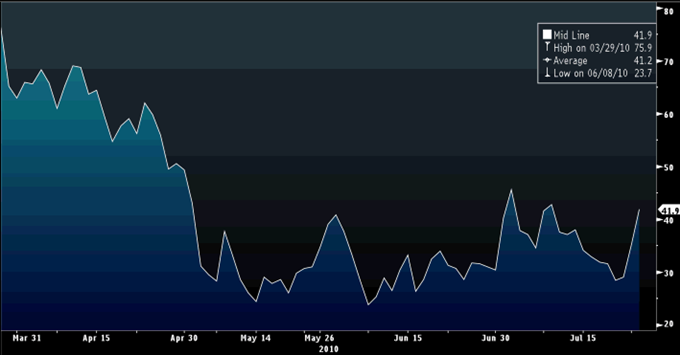 U.S. interest rate expectations get dimmer by the day as markets continue to see a greater chance of additional stimulus before a rate hike. Markets are giving a zero percent chance of a change in policy at the August meeting with the subsequent months all seeing less than a 9.0% chance of tightening. A 23.6% jump in new home sales offered some hope that the sector could sustain absent government stimulus, but a 21.0% drop in the Dallas Fed manufacturing activity signals that the impact on growth from the inventory cycle could be coming to an end. The Conference Board consumer confidence reading for July is expected to fall to the lowest level since February which should weigh on domestic growth expectations. The upcoming durable goods orders and second quarter GDP reports will provide a look into the current level of growth, any signs of weakness bolsters the Fed’s case to keep rates on hold for an extended period. 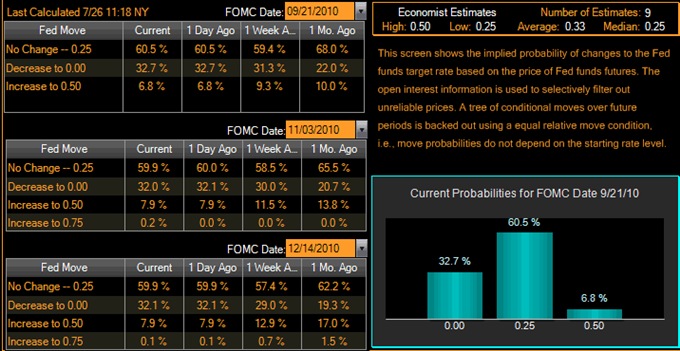 Stock markets received a boost from the strong U.S. housing report leading the blue chip index to extend its gains following last week’s break above trend line resistance. The 61.8% Fibo of 11,256-9614 stands as the next barrier for the Dow which crept back into positive territory for the year. Another disappointing consumer confidence report could send stocks south in a hurry, potentially overshadowing positive corporate earnings with moist blue chip names already reported. Discuss this and other fundamental data in the Economics Forum. 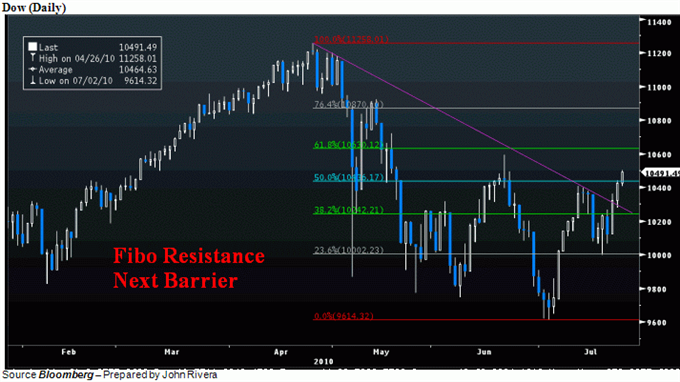 To discuss this report or be added to the email list contact John Rivera, Currency Analyst: jrivera@fxcm.com