Technically speaking, global equities have made the transition to a bear market. In most trading circles, this milestone is reached when a market drops 20 percent from its proximate phase high. And, what makes this far more disturbing than just a landmark is that with the backed up fundamental troubles behind the speculatively elevated market, there is very likely a deeper and more painful decline ahead of us. If we were to simply refer to the economic backdrop along with the standing risk/reward balance; the unwinding of risky positions would certainly continue. Yet, we need to be more wary of the speculative aspect of this equation as that will define the short-term volatility and momentum behind the market-wide swings from greed to fear.

If there was any need to confirm that we are looking at a genuine reversal in market-wide sentiment and positioning; there are plenty of signs for us to read. For the global macro trader; the correlation between the various asset classes – with the aggressive drive represented through all – is itself strong evidence. The column of assets that will collapse in this negative shift will be those that depend on quiet markets (low risk) to make relatively mediocre yield (reward). Naturally, the high-yielding currencies fit squarely in this group as the global level for benchmark rates is historically very low (while measures of risk, or the threat of volatile markets, is comparable to what we saw back in 2008 when rates were coming down from much higher levels). This reversal in borrowing from countries with near-zero rates and investing it those with pedestrian levels of return in turn drives capital back to its source. This is why the Japanese yen (with all its underlying financial issues, economic pain and warnings of intervention) can maintain its strength over other safe havens.

A natural correction in markets could unwind carry. However, the level of panic we have seen suggests something much more intense. The plunge in the S&P 500 and Dow Jones Industrial Average just over these past two days (6.0 and 5.9 percent respectively) alongside the biggest two-day rally from the benchmark 10-year Treasury note yield (to its lowest level on record) gives us a sense of just how heavy the capital flows are behind the shift. This fear no doubt can be partially traced to memories of what happened back in 2008. While we are not yet seeing the level of collapse that was driving the markets lower back at the height of the crisis; we certainly have the necessary pieces in place. China (as the poster child of the emerging markets) is standing on a potential sea of bad loans; the United States is facing the Fed’s cap on stimulus alongside the makings of a second round housing collapse; and Europe is actively struggling with a sovereign and banking financial crisis.

The next level of deterioration in this scenario is a complete freeze on liquidity. We have already seen the symptoms of such a scenario. Euro-area liquidity (using the three-month Libor and overnight index spread as our gauge) has dropped to lows last seen at the tail end of the Great Recession / Global Financial Crisis (March 2009). We have also seen the Euro – US dollar swap lines start to pinch as well. This suggests the worst of the problems are still harbored in Europe; but this situation is already spreading. What is the best candidate when capital markets are falling apart and liquidity is absolutely essential: the US Dollar. 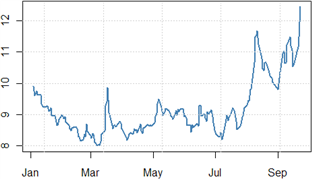 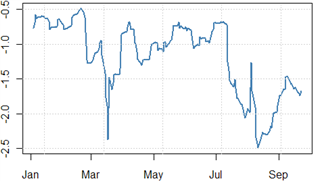 We use risk reversals on USDJPY as global interest are bottoming after having fallen substantially over the past year or more. Both the US and Japanese benchmark lending rates are near zero and expected to remain there until at least the end of 2011. This attributes level of stability to this pairs options that better allows it to follow investment trends. When Risk Reversals move to a negative extreme, it typically reflects a demand for safety of funds - an unfavorable condition for carry. 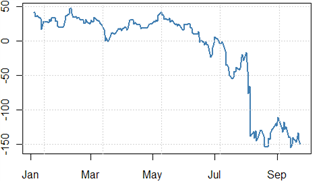 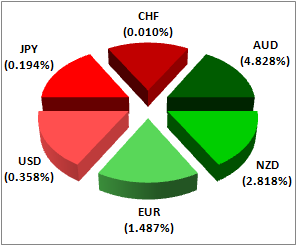