• Equities, Commodities and Currency Markets Concede to Risk Aversion and Deleveraging
• A European Union Crisis is Still the Primary Global Threat, Though the Trend May Now be Self-Sustaining
• Implied Volatility Quickly Rising Towards Post-Lehman Highs as Interest Rate Expectations Reverse

Like the markets themselves, investor sentiment is prone to establishing trends. Throughout 2009, optimism and complacency were in full swing as an influx of sidelined funds would lead to capital appreciation and in turn feed speculative opportunities. As momentum established itself, discouraging news and forecasts were generally disregarded as market participants were bent on recovering from losses sustained during the previous year’s crash. However, like any normal cycle, sentiment will eventually give out and risk aversion will define the dominant trend. We may already be at this point. Back on May 6th, a severe intraday decline in the benchmark US equity indexes alluded to an abrupt reversal in one of the most robust bullish trends in recent market history. Yet, the immediate threat was chocked up to errors in the system. Nonetheless, the effects this ‘aberration’ would have on other asset classes implied sentiment had in fact deteriorated and all that was needed was a noteworthy catalyst. To further confirm the unequivocal collapse in optimism, the failed attempt to recover from the single-day, nearly 1000-point plunge (for the Dow Jones Industrial Average) would soon lead to the next wave of deleveraging and risk divestment. This is the position we find the markets in this week. From the traditional asset classes, the Dow has suffered its worst decline (on the close) in 14 months and the benchmark 10-year Treasury note has been bid up to its highest level in a year. In the currency market, the evolution of risk was a little more complicated. The plunge in the euro and rally in the US dollar would usher in the transition well before the media would pick up on the shift. But, after six months of steady downtrend, EURUSD has already exercised a considerable portion of its excess premium. Does this mean that the FX market will no longer participate in the broader decline in sentiment? Certainly not. The high-yield commodity crosses are still close to bullish extremes in many instances and the dollar is still the primary safe haven in the market. All that is needed is conviction and perhaps catalysts.

When looking for the fundamental fuel behind the reversal in risk appetite, we may not need a particular driver to feed worry and thereby push yield-bearing assets lower. Having established a robust and consistent trend towards risk aversion through the fear of another global financial crisis arising from the European Union, momentum has already changed course. Without capital gains to feed speculation, investors are more conscious of the anemic yields that can be garnered from the liquid markets. However, fundamental doubt is a necessary element in sustaining the trend of risk aversion. Over the long-term, the outlook for measured economic growth and equally tepid interest rate expansion will dampen the craving overinvestment. Actually encouraging a further withdrawal of capital from the capital markets over this time frame is leverage. Not only are investors having to borrow funds to make measureable returns on capital movements; but governments themselves are highly exposed with junk assets that were taken off the hands of major financial institutions and through the record outlay of stimulus funds. Right now, sovereign credit risk is a prominent fear; but it is isolated to just few spots on the global map. Greece is the most recognizable threat with a quick descent into insolvency accelerated by a distrusting debt market. The European Union still poses a substantial threat to general stability; but the 750 billion euro rescue program that was agreed upon by the region and IMF will likely by officials time (though that does not mean the problem has been solved). In the meantime, fiscal troubles in the US and UK among others has grown in prominence. Perhaps the most worrisome future is attached to Japan that has debt nearly two times GDP and a history of financial malaise. And, if these concerns are still too obscure to the average investor; there is always the possibility that China’s speculative bubble is on the verge of bursting. 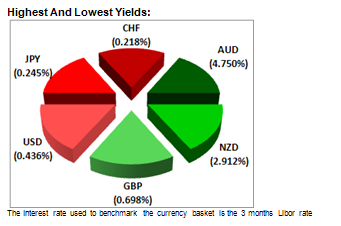