• Fresh Yearly Highs for the Markets Belie Shaky Confidence, Persistent Uncertainty
• Greece Concerns Refreshed by Country’s Own Time Line for the EU
• Where Simple Appreciation in Markets No Longer Accounts for Speculative Conviction

All the standard proxies for risk appetite and risk aversion seem to be pointing to a steady advance in investor sentiment and the evolution of a true bull market. However, behind the bearings of speculative market benchmarks lies concerning discrepancies. From a fundamental standpoint, the threat to stability is obvious. Ranging from well-worn threats like the European Union moving towards a Greek-born crisis to comparatively new dangers like a possible sovereign credit downgrade for the United States and United Kingdom, risk is a global phenomenon. Yet, market participants have successfully navigated around such obvious perils in the past to bolster their confidence levels. As evidence to that fact, we only need to look at the many indexes and activity indicators that have extended their trek into positive territory. The most remarkable climb has come on the equities side. Lagging many of its counterparts, the Dow Jones Industrial Average managed to surpass its previously held 17-month high with one of the most consistent bullish leg seen since the initial reversal and recovery effort made one year ago. From there, the standard bearers for risk – the volatility indexes – have tumbled to lows not seen in years. In fact, the CBOE’s VIX holds just above lows last seen before the market began its tumble back in the summer of 2007. On the other hand, we can already see the irregularities in these foreground readings. Despite the consistency in the Dow, there is an inexplicable lack of momentum and volatility that is often associated with breeching a psychological level of resistance. Looking to other capital markets, there is a clear hesitancy amongst commodities and bonds to forge their own remarkable developments. In the end, though, the dollar is perhaps the best barometer. The safe haven and influx funding currency has maintained congestion for going on a month and a half now.

It is not unusual for fundamental reality and speculative ideal to part ways for extended periods. This is just the nature of fear and greed. However, it is an inevitability that investor expectations and market valuations will have to once again converge. It is theoretically possible for economic activity and potential returns to advance enough to meet buoyant projections from an optimistic crowd; but the likelihood of speculative interests holding up long enough for stagnant growth to catch up to such optimistic evaluations is highly improbable. In the meantime, there are many looming global threats to shake the market from its complacency. The most readily accessible circuit breaker for bulls is the situation in the European area. Though the market has seem to let up on its fears of an impending default for Greece; the outlook for the economy and region have not improved significantly over the time. The Greek Prime Minister has recognized the situation has progressed little; and realizing the nation would soon need to rollover debt at still inflated lending rates, he has laid out a deadline for the EU to produce a viable rescue plan should it be needed. To this point, the group has agreed on little beyond voicing confidence and praise in the nation’s efforts to cut its deficit; but the markets will need more than mere jawboning to reinforce confidence in their positioning. And, while Greece is perhaps one of the most accessible land mine to financial security, there is plenty of risk to highlight. Somewhat overlooked; but highly incendiary is the warning by Moody’s that the UK and US, among others, have moved closer to losing their top credit rating. A downgrade to one of these primary markets would be devastating; but the same for a smaller nation could easily ripple across the globe. Finally, in the background, there is always the threat of an asset bubble in China. A bursting of this bubble would be severe; but deflating could easily sabotage fragile sentiment. 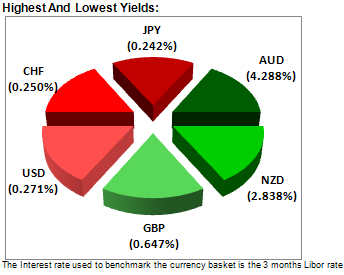