Join me on Monday, April 12 for the next FX Week Ahead session
Weekly Commodities Trading Prep
Register for Webinar
Join Now
Webinar Has Ended

The Reserve Bank of Australia meets for the third time in 2021, and the course remains the same: no interest rate movement for the foreseeable future. The perspective set forth by Governor Phillip Lowe at the December RBA meeting remains valid – insofar as the situation is still “better than expected.” Actions and words by the RBA and her policymakers have helped quell the rise in Australian government bond yields, corralling the long-end of the curve. Overall, rates markets don’t foresee any shifts in policy. According to Australia overnight index swaps, there is between a 16% to 25% chance of a rate cut through December 2021; the RBA will be keeping its overnight cash rate at 0.1% or lower for at least the next two years (through March 2023).

The Federal Reserve’s March rate decision came and went without any significant change in policy, although Fed Chair Jerome Powell made sure to reiterate what has become a resilient stance of keeping policy on hold. But the March FOMC meeting also brought forth a new iteration of the Summary of Economic Projections (SEP) and dot plot, which likely entailed a great deal of discussion regarding providing ongoing monetary policy support as well as the timing of future moves. For the US Dollar, in a week without may other ‘high’ rated economic data releases or events, the release of the March FOMC meeting minutes may represent the best opportunity for volatility across the USD-spectrum over the coming days.

According to a Bloomberg News survey, the January Mexican inflation rate (CPI) is expected to show an uptick from +3.76% to +4.15% (y/y). Moving into the base effect period around the start of the pandemic, higher inflation may serve to tamp down dovish machinations at Banxico in recent months (which runs against their longer-term reputation of being relatively hawkish compared to other regional central banks), giving the Mexican Peso further room to rally alongside other risk assets.

As ground zero for COVID-19, the Chinese economy was hit by the coronavirus pandemic earlier and harder than the rest of the world; it has also been able to recover and return ‘to normal’ sooner. To this end, the base effect period may be coming to pass, and higher realized inflation may soon arrive (whereas its due to come in the rest of Asia, Europe, and North America in the April/May figures). Due in at +0.2% from -0.2% (y/y), the March reading in positive territory would only be the second such occasion since November. As USD/CNH rates tend to follow risk appetite, higher inflation may be welcomed as a sign of increased economic activity in and around the world’s second largest economy.

Like its southern neighbor, the Canadian jobs market is expected to show further improvement in March. However, even absent a robust vaccination effort like the United States, the Great White North is expected to see the same kind of breakneck jobs growth like what was showcased in the March US nonfarm payrolls report. Consensus forecasts are calling for a gain of +100K from +259.2K in February. The Canadian unemployment rate is set to fall further from 8.2% to 8%. Despite the ‘slowdown,’ another +100K jobs is nothing to sneer at: this is roughly the equivalent of a US NFP coming in near +900K. More Loonie strength may be on the way. 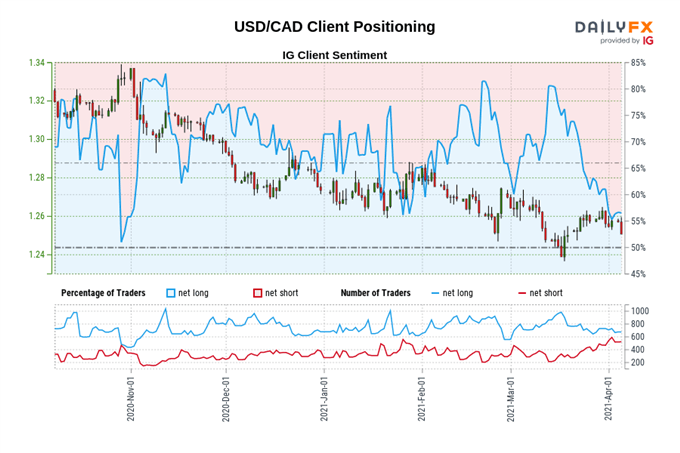