Concerns over a hard Brexit have flared in recent weeks, thanks largely to the ascendance of Boris Johnson as the next UK prime minister and his desire to leave the European Union on October 31, deal or no deal. But even before UK PM Johnson took control of 10 Downing Street, it was clear (thanks to the polls) that a no deal, hard Brexit leader was likely to head up the UK government.

Overall, the Citi Economic Surprise Index for the UK, a gauge of economic data momentum, plummeted from 16.4 to -43.7 over the course of the first quarter. Accordingly, the Bloomberg News consensus forecast for the Q2’19 UK GDP report calls for no growth on a quarterly basis and a slowdown to 1.4% from 1.8% on an annualized basis. 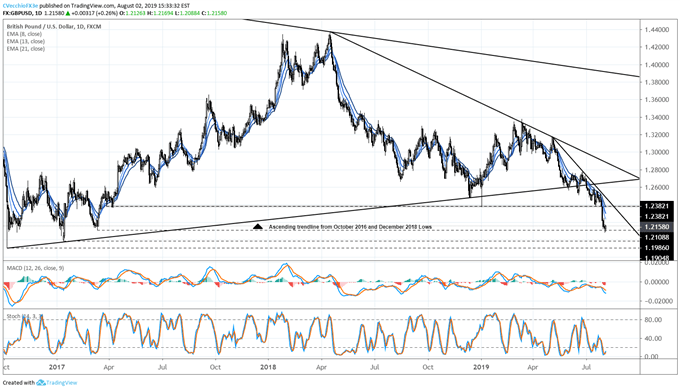 The post-Brexit, multi-year symmetrical triangle forming in GBPUSD has broken to the downside in a decisive manner. Clearing out the lows from the January Yen flash-crash, GBPUSD has quickly seen prices erode since UK PM Boris Johnson took office. The break below 1.2381 has seen price losses accumulate in short order, falling back down to the March 2017 swing lows near 1.2109. 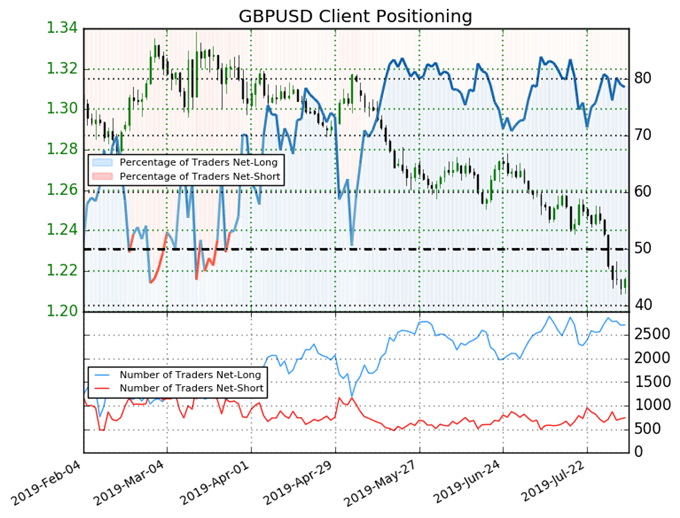