- Despite a rebound in base metal prices and a stable Australian Dollar, more disinflation is due on the topline figure.

- Retail traders are net-long AUDUSD and have decreased their short positioning in the past week.

Price pressures in Australia are expected to have receded further at the start of 2019, according to a Bloomberg News survey. Despite a rebound in base metal prices and a stable Australian Dollar, more disinflation is due on the topline figure, sending it closer to the lower end of Reserve Bank of Australia’s +1-3% target range in Q1’19.

Due in at 1.5% from 1.9% (y/y), the Q1’19 Australia inflation report is expected to be another signpost for the RBA that necessitates neutrality in its policy stance in the near-term and perhaps more dovish considerations by the end of the year. Even though labor markets have continued to improve in recent months, a lack of wage growth and rising indebtedness of households (already at all-time highs) makes for a concerning future for consumption trends. 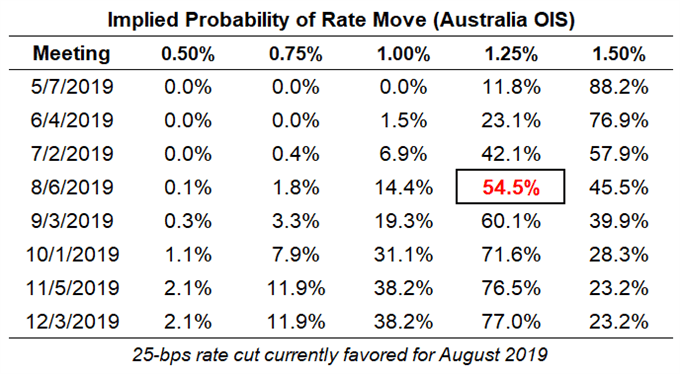 Ahead of the Q1'19 Australia inflation report release, rates markets are taking on a dovish bias. While the odds of a 25-bps rate cut are just short of 12% for the May meeting, the probability of a cut exceeds that of a hold starting in August, according to overnight index swaps. By the end of 2019, rates markets are pricing in a 75% chance of a move by the RBA. 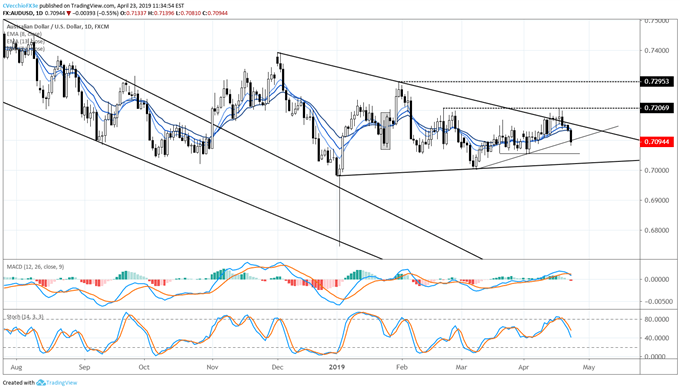 AUDUSD has been trading in a symmetrical triangle since early-December 2018, and this past week it appeared that AUDUSD price action was leading to a bullish breakout. But the breakout attempt on Tuesday and Wednesday failed, with price closing back within the triangle consolidation on Thursday; AUDUSD price was unable to clear out the February 21 bearish outside engulfing bar high at 0.7207, now going on two-months as swing resistance.

As such, the AUDUSD technical forecast has necessarily weakened in recent days. Price has now fallen below the daily 8-, 13-, and 21-EMA envelope as momentum has started to turn lower. Slow Stochastics have turned to the downside out of overbought territory, and daily MACD has turned to the downside as well.

Now that AUDUSD prices are below the daily 21-EMA, the odds are increasing for of a deeper setback towards early-December 2018 symmetrical triangle support around 0.7025 by the end of April. 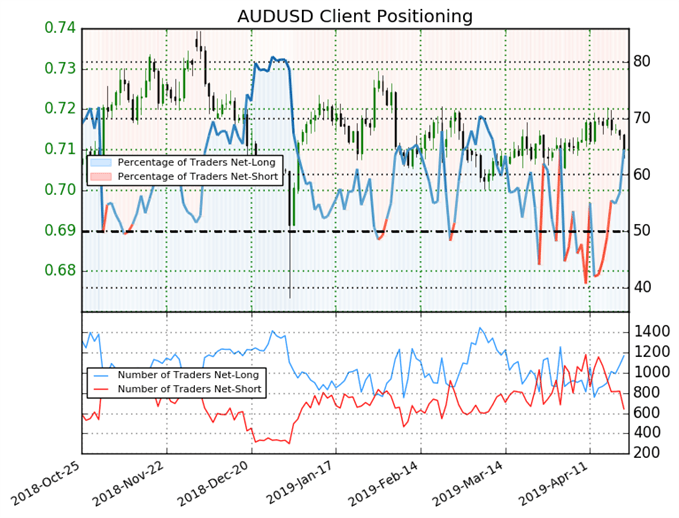