- Retail traders have started buying the Canadian Dollar, with USDCAD net-shorts having risen in recent days.

The ongoing improvement in Canadian economic data has given traders pause over dragging forward rate expectations any further. In mid-March, the odds of a 25-bps rate cut were priced-in at 28%; currently, they reside at 26.7%. 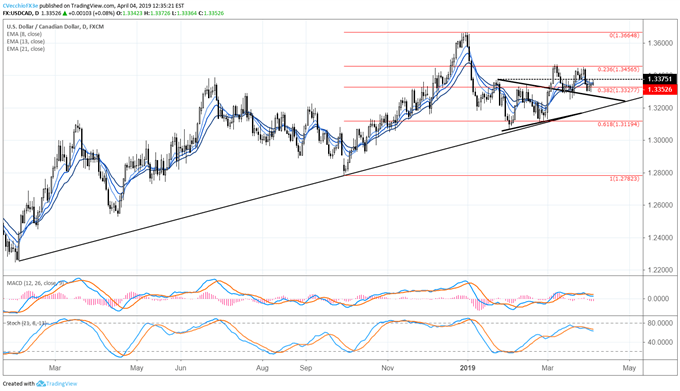 A double top pattern may be forming with respect to the two March swing highs, and there is evidence that momentum is shifting to the downside. Not only have both daily MACD and Slow Stochastics turned lower, USDCAD price is now below its daily 8-, 13-, and 21-EMA envelope. A move down towards the March low near 1.3251 is possible; bulls would retake control back above the 23.6% retracement of the Q4’18 low to Q1’19 high range at 1.3457. In between, look for more choppy price action like seen over the past month. 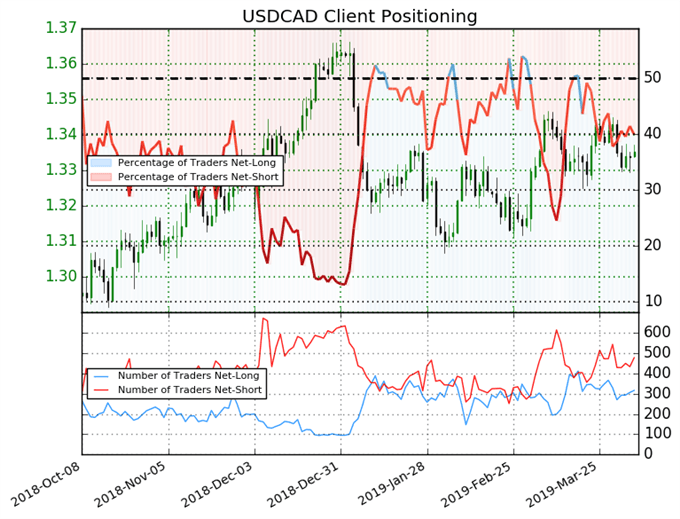