- The Brexit extension from March 29 to April 12 is contingent upon the UK parliament passing Prime Minister Theresa May’s Withdrawal Agreement.

- It’s possible that if the third vote to pass PM May’s Brexit deal fails, she will have to step down and call for a General Election.

- Retail traders are net-short GBPJPY and recent changes in positioning suggest a bullish bias – but sentiment has been quick to change.

UK Prime Minister Theresa May and European Commission President Donald Tusk hammered out an extension to the March 29 deadline established by the invocation of Article 50 nearly two years ago.

The deal has four main parts: (1) the EU agrees to the Article 50 extension until May 22 if the Withdrawal Agreement is approved next week; (2) if not agreed next week, then the extension will only go until April 12; (3) EU approves the ‘Strasbourg Agreement’; and (4) the EU will continue no-deal preparations.

Will UK PM May be able to get her deal passed through UK parliament? She has already failed twice. The better question may be, “can she even bring her deal to the floor again?” UK Parliament Speaker Bercow has said that she cannot bring the Withdrawal Agreement to the floor without substantial changes.

Then again, as UK PM May said in a letter to UK parliament on Friday night: "If it appears that there is not sufficient support to bring the deal back next week, or the House (of Commons) rejects it again, we can ask for another extension before 12 April - but that will involve holding European Parliament elections." In other words, the third Brexit vote may not be held at all. 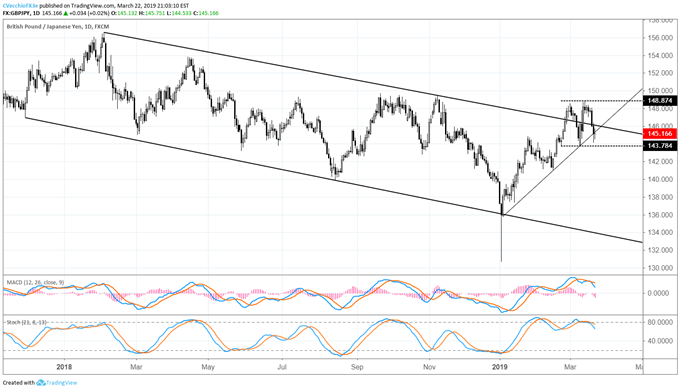 There’s been a great deal of volatility in the GBP-crosses over the past several weeks, and GBPJPY is no different. But volatility doesn’t necessarily equate to progress, and in this case, GBPJPY has made very little directional movement since the end of February. Since February 22, GBPJPY prices have carved out a range between 143.78 and 148.87. Accordingly, in an effort to avoid the latest Brexit news from interfering with any decision making, traders may find that bulls will have an easier time in excess of 148.87 while bears may take control below 143.78; in between, there’s doesn’t appear much good reason to trade on either the long or short side in expectation of a directional move. 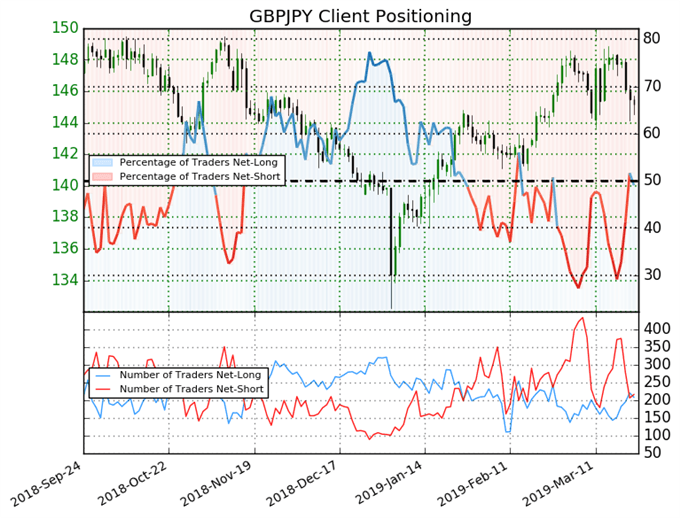