- The preliminary March German Consumer Price Index will be released on Thursday, March 28 at 13:00 GMT.

- According to Bloomberg News, consensus forecasts are calling for German inflation to come it at 0.6% m/m and 1.5% y/y.

As continent’s largest economy, as the Germany economy goes, so too does the Eurozone. That rule of thumb extends beyond topline growth rates to inflation readings as well. Energy prices have been stable for the past month (Brent Oil -0.1% past month), and the trade-weighted Euro (-4.2% since March 22, 2018) has proved soft.

Coupled with the fact that the European Central Bank has recently announced that it will renew its TLTRO program later this year, there may be the near-term conditions for the decline in inflation readings to level off. The upcoming preliminary German Consumer Price Index on Thursdaymay confirm this theory, where headline CPI is due in at 0.6% from 0.4% (m/m), and 1.5% (y/y) (unchanged from the final February reading). 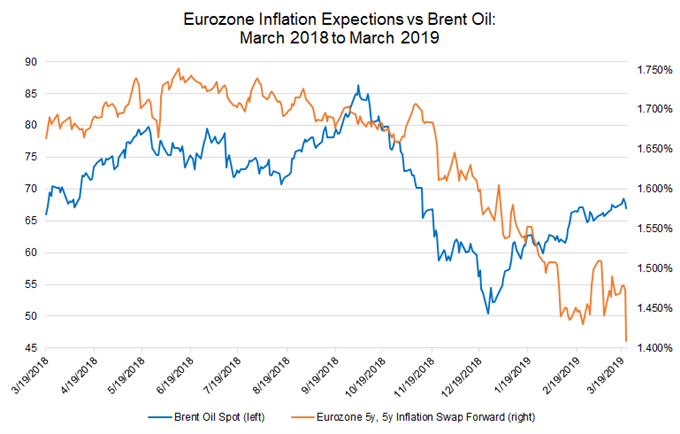 It appears that sliding Eurozone inflation expectations have less to do with inputs to inflationary pressures – like changes in energy prices – and more to do with the perception of the global economy in the wake of the March Fed meeting. The FOMC’s dramatic departure from its stance of just a few months ago suggests that serious concern is building over the global macro environment as the US-China trade war rages on, the latest Brexit developments have led nowhere, and the growing prospect that Q1’19 US GDP comes in below 1% - right as growth rates in Asia and Europe stall. 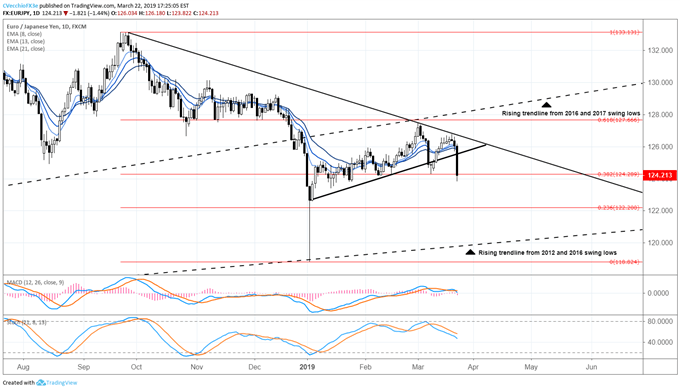 EURJPY has been trading on a slight incline since the Yen flash-crash at the start of the year, but some technical developments in recent weeks may be hinting at what has yet to come. The 61.8% retracement at 127.67, of the 2018 high to the 2019 low range, was never retaken during the rebound since the Yen flash-crash. Technicians often use the 61.8% retracement as the delineating factor between describing price action as a “rebound” or as that of a “new trend.”

Considering that 127.67 was never retaken during early-March, price action since then has been suggesting that a new bull trend has not formed. Instead, with EURJPY closing back below the 38.2% retracement (124.29) this week at 124.21, it would appear that the probability of more downside has increased materially. 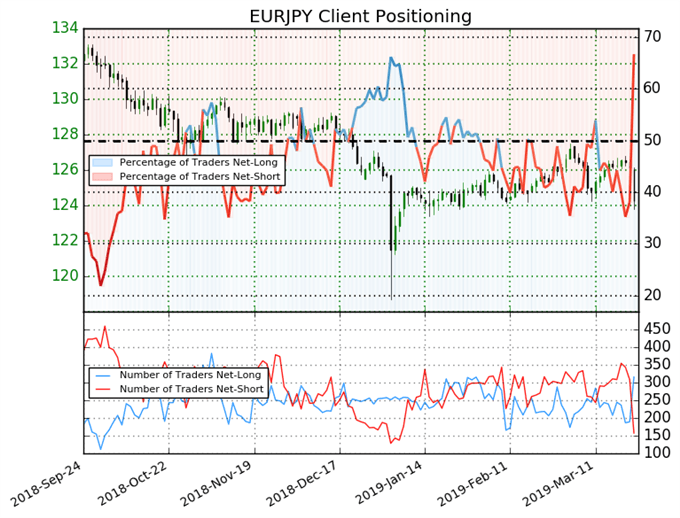