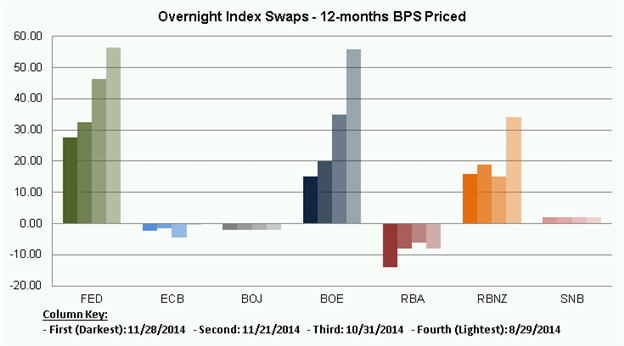 Central Banks in Focus this Week as RBA, ECB Meet, NFPs on Friday

- ISM Manufacturing on Monday, NFPs on Friday for US Dollar.

- RBA might not have much to say about weak domestic conditions.

- ECB on Thursday biggest event risk of the week.

Even though they’re both expected to meet this week and keep their respective interest rates on hold, the RBA and ECB rate decisions are very different. The former is starting to shift from a neutral mooring and can see a much more dramatic move from the Aussie if indeed it is realized. Meanwhile, the ECB is already clearly dovish; it is now just interpreting whether they will turn that commitment into action in the near-future. Both carry heavy implications for Aussie and Euro trend – if not immediate volatility as well.

Top listing this coming week is the monthly NFPs. Disappointment could have a profound impact thanks to where traders currently stand: notional USD long positioning among speculators is near its highest level of all-time, per the CFTC's most recent COT report.

The November US ISM Manufacturing headline reading is estimated to fall to 58.0 from a prior 59.0, as manufacturing activity in the world’s largest economy maintains growth rates near its peak for 2014. A small downtick in the manufacturing index should only put a mild damper on current Q4 GDP and economic projections for the US. Falling oil prices could play a large role in the costs of business for the manufacturing sector and could be expected to have a positive influence on future headline readings. Large changes in ISM Manufacturing could have notable implications for the US bond market due to the gauge’s historical performance as a GDP predictor.

The RBA is expected to leave its main refinancing rate unchanged at 2.50%. Previous communications from the RBA have indicated a period of rate stability as the Australian Dollar is still seen as overvalued. However, the weakness in the Aussie of recent may be buoying inflation expectations, which surprisingly haven’t suffered in the wake of the global commodity downturn. Without domestic pressure, the RBA’s stance caters to the Aussie being more sensitive to global risk trends.

12/03 Wednesday // 15:00 GMT: USD ISM Non-Manufacturing Composite (NOV)The November USD ISM Non-Manufacturing/Services headline reading is expected at at 57.5 versus a prior reading of 57.1. The prior reading was the lowest headline produced by the index in five-months. The relatively similar headline reading expected this Wednesday is indicative of currently favorable business conditions that are easing off the strong growth trend that has been so prevalent in US markets. The US Dollar should show heightened sensitivity to this report given the economy’s tendency to follow the performance of the service sector, which accounts for approximately two-thirds of jobs in the United States.

The European Central Bank is expected to leave its main refinancing rate unchanged at 0.05%. See this report for a comprehensive overview of what to expect headed into the ECB meeting on Thursday.

The November US Change in Nonfarm Payrolls reading is expected at +225K from a prior reading of +214K. Payroll gains in the United States has been generally positive with 38 states having recently reported an increase in hiring. Some concern has been raised over the potential for unusually early winter weather to have effected the NFP numbers due to early seasonal layoffs and a slowdown in home construction impeded by freezing temperatures. Friday’s headline reading is expected to keep pace with the 12-month average for jobs growth at +220K. 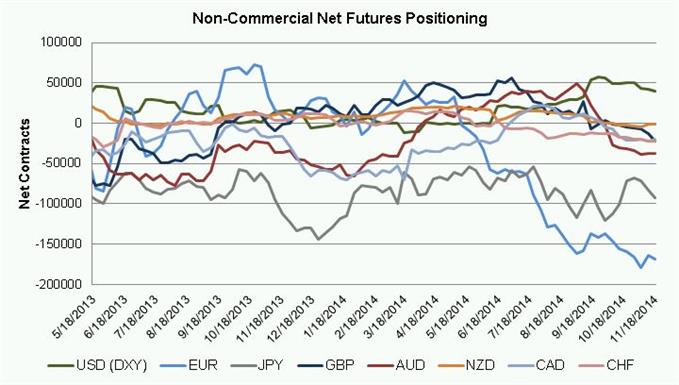