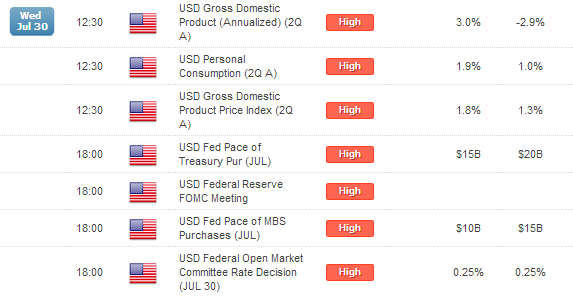 US 2Q GDP, FOMC and NFPs Take the Reins on High Event Risk this Week

Wednesday may prove to be a pivotal week for the US Dollar as two pieces of economic data could have a meaningful impact on interest rate expectations and risk trends. First, the second quarter US growth report (US 2Q GDP) is released and expected to show economic output rose at a pace of 1.4 percent in the second quarter. Notably, last week the IMF downgraded its 2014 growth forecast sharply to 1.7 percent from 2.8 percent, but it seems that market participants and the Fed remain hopeful for a sharp rebound in the 2Q. Later in the day, the US Federal Open Market Committee (FOMC) is expected to continue with its pace of tapering another 10 billion in asset purchases. The FOMC will not be providing an update to their employment, inflation or interest rate forecasts nor will Chairwoman Yellen be giving a press conference. With this in mind, the spotlight turns to the monetary policy statement where market participants will parse through the words to gauge the Fed’s tone and outlook. 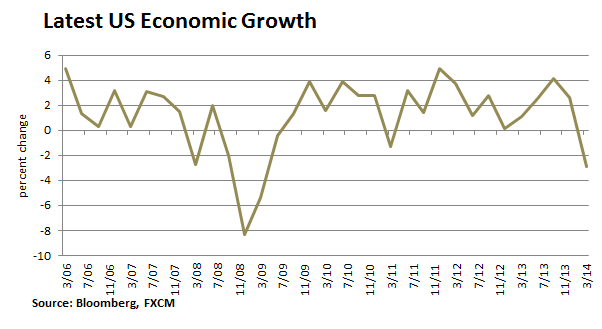 Two pieces of economic data may spark volatility in the Euro currency during the European trading session on Thursday. Germany’s July labor market report is expected to show the economy lost 5,000 jobs while the unemployment rate remains unchanged at 6.7 percent. What may peak trader’s interest is Eurozone’s consumer price index report that is expected to show inflation unchanged at 0.5 percent in the month of July. Moreover, this may show the European Central Bank’s latest stimulus measures have had little impact. Despite last week’s Eurozone, German, and French PMI surveys that beat expectations, providing a short-term relief rally it seems the market remains focused on the weak inflation component (output prices) of the Eurozone composite PMI. With output prices reporting below 50, it may suggest that inflation remains market focus.

The Canadian Dollar has fallen against its major peers on concerns of Canada’s economic outlook. Last week the loonie sank to a five-week low against the US Dollar. The turn of events come after the Loonie enjoyed a rally due to a rise in consumer prices. Inflation rose past the central bank’s 2 percent inflation target over the course of two months. Despite a rise inflation, economic figures have weighed on the Loonie as they show that Canada is lagging behind its US counterpart. Further fueling the pessimism is the Bank of Canada that cut its growth forecast on July 16th, saying the nation’s economy is not expected to reach its full capacity until mid-2016. The latest employment report showed the labor market unexpectedly shrank in June. On Thursday, Canada is to show the economy grew 2.3 percent in May. 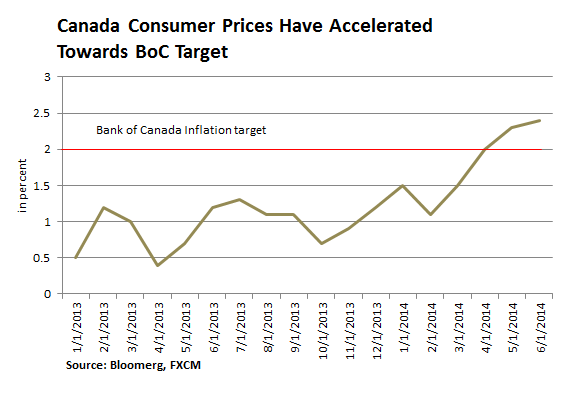 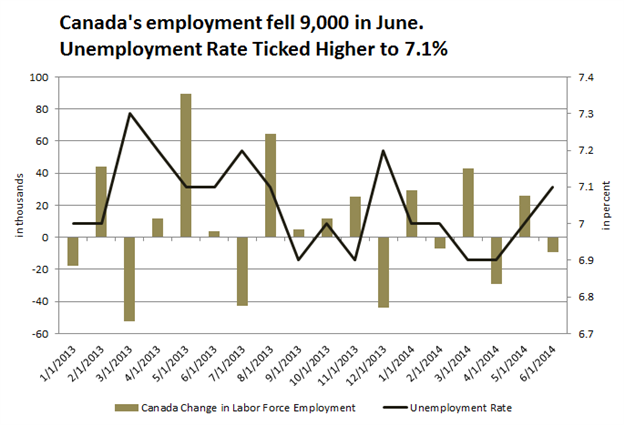 The market ends the week facing a high-profile event that may induce volatility across the major currencies. US Non-Farm Payrolls (NFPs) for July is expected to show 231,000 jobs were added to the economy. The outcome would mark the sixth consecutive month that the economy added more than 200,000 jobs in the economy. 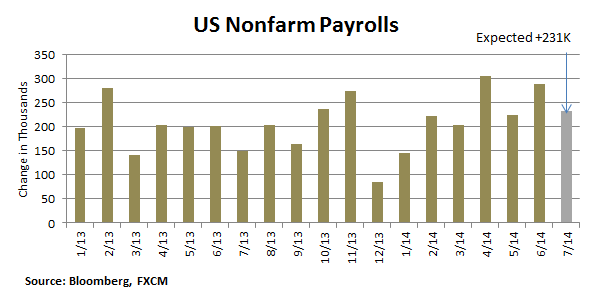 Suggested Reading: USD/JPY Rallies to Multi-Week Highs, but What Could Force it Higher?