Bank of Japan Kicks Off Week of Event Risk in Asia

-Asian session is likely to be the highlight with key JPY, AUD and NZD event risk

-Following the first corporate default, market participants may continue to keep a close eye on China

-NZD SSI at extremes ahead of the RBNZ Rate Decision

As markets digest last week’s North American / European data and central bank meetings, event risk for this week surrounds Asian currencies. Following disappointing data out of China over the weekend and the first corporate debt default we saw large gaps in Yen pairs to start the week. The currency continues to hold strength as global equity markets remain in the red as of the afternoon New York session. For the week ahead we have key data out of Japan, New Zealand and Australia in addition to Retail Sales data out of the states: 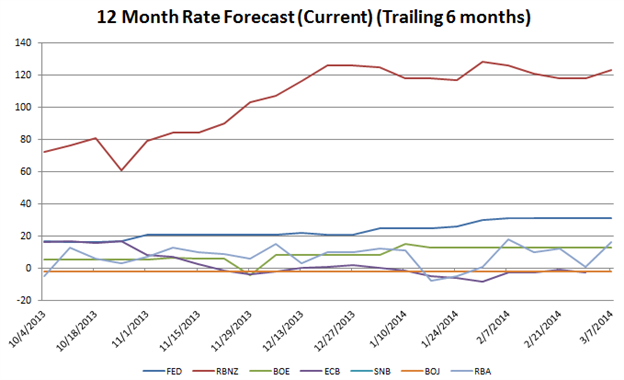 Although USD/JPY has been consolidating as of late relative to its usual tracking of the S&P 500, a multitude of event risks moving forward may help contribute to volatility in the pair. As for insight into data ahead of the BoJ meeting, GDP figures on Monday came in below market expectations and prior figures were revised lower. In addition, bank lending missed estimates by two tenths of a percent and Japan’s current account fell to a fresh record deficit. In combination with comments from the Bank of International Settlements over the weekend, the BoJ may be feeling some additional pressure in regards to any further action. Wth economic prospects weakening, it may only be a matter of time before the central bank comments on policy options moving forward. Keep a close eye on AUDJPY and USDJPY. Note that the BoJ does not have a set time for their announcement. 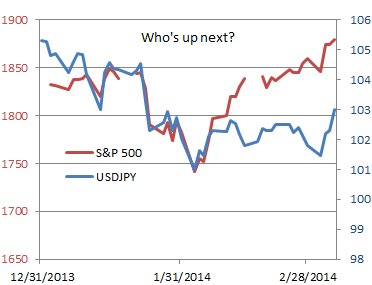 With retail sentiment at record extremes, the RBNZ Rate Decision is likely to spark a large amount of volatility and possibly determine trends for weeks to come. Current estimates call for a rate hike of 25bps to 2.75% from 2.50%. Gov. Wheeler has struggled over the past few months to tame interest rate expectations in light of incoming CPI data as to not lead to a further appreciation of the Kiwi exchange rate. The central bank president has reiterated- along with Gov. Stevens of the RBA in regards to the Aussi- that the New Zealand Dollar remains overvalued. Keep an eye on AUD/NZD, NZD/USD and changes in the SSI ahead of the event!

Over the past few weeks we have seen Australian Dollar strenghten, partly due to recent USD weakness, but also on better than expected GDP data and neutral comments out of the Reserve Bank of Australia. As Gov. Stevens of the RBA has made it clear that he does not like AUD/USD above the .90 level, to call recent moves an uptrend is likely exagerated. As we saw when Private Sector Credit came in far below expecations and slammed the AUD/USD lower two weeks ago, it is evident that negative data (even for low volaitlity events) can bring out the bears in full force. If we see a continued rise in the Aussi ahead of the print, a bad print here could put huge downside pressure on the currency. Keep an eye on AUD/USD, EUR/AUD and any announcements of job cuts out of Australia as occured with Qantas Airlines two weeks ago.

This is one of the last major data prints ahead of the March FOMC Rate Decision, but we still have CPI, Empire Manufacturing, Housing Starts and Industrial Production. With comments from Janet Yellen and other FOMC members hinting at another taper in March, a better than expected release here could help bulster arguments for a faster taper- an option favored by some FOMC members. On the other hand a missed print is likely to contribute to weather woes and prompt a bout of USD weakness on the day. Watch developments in USD/JPY and the equity market leading up to the end of the week print. Remember that the FOMC Rate Decision is on March 19th.

*All times listed are in GMT+1. Due to daylight savings time in the U.S. (EDT) this week, GMT is currently +4 from New York. Check the DailyFX Calendar for the most up to date forecasts.