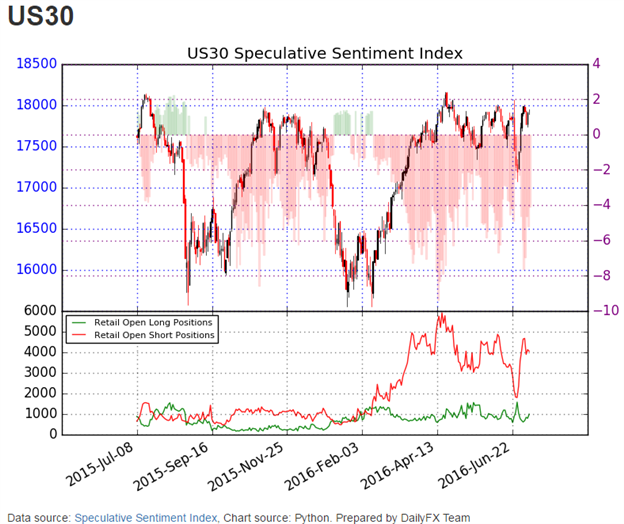 Dow Jones Industrial Average Steadies Ahead of US Jobs Report

After a booming rally to finish the month of June strong, Dow Jones Industrial Average has been consolidating recent gains and trading in a sideways range. DJIA is trading near similar levels to the pre-Brexit vote and is behaving like a near term crisis is averted.

Overnight we saw China release their FX reserve figures and it came in much stronger than anticipated. This is important to DJIA because China has the largest stockpile of FX reserves and that figure has been trending lower indicative of a weakening economy. Fears of China intervening to devalue their currency has been on the minds of traders subsequent the Brexit vote. The fear was that a ripple effect of the Brexit vote would stress the Chinese economy and force PBOC to act creating additional volatility like what we witnessed in August 2015.

China’s FX reserve amount rose unexpectedly by $20 billion while there was an expectation for another reduction. Therefore, this “boogey man” goes back into the closet for now. Looking ahead, we have the US jobs report hitting the wires Friday morning. The expectation is for growth of 180k jobs. An extreme reading outside of the expected could impact the outlook on central bank target interest rates. If the reading comes in much lower, then that would signal 2 months in a row of weak jobs growth and likely squash any remaining hopes of a rate hike in 2016. If the reading comes in significantly higher, then the previous month’s weak reading may be seen as an aberration and expectations for a December 2016 hike enter the discussions. (Currently, Fed Fund futures is pricing in a 13% chance of a hike in December.)

Analyzing the technical picture for US30, a CFD which tracks the DJIA, shows it is maintaining a bullish structure. However, the better risk to reward ratio would be to buy on a dip below 17,148 or on a break above 18,167. (See suggested reading below for additional comments.)

From a sentiment perspective, Speculative Sentiment Index (SSI – pictured above) continues to flash a bullish signal for US30. The SSI reading is -4.21 as only 19% of traders in a position are long. This is a contrarian indicator that signals US30 may continue higher.

Therefore, until 15,503 is broken, we are maintaining a bullish bias.