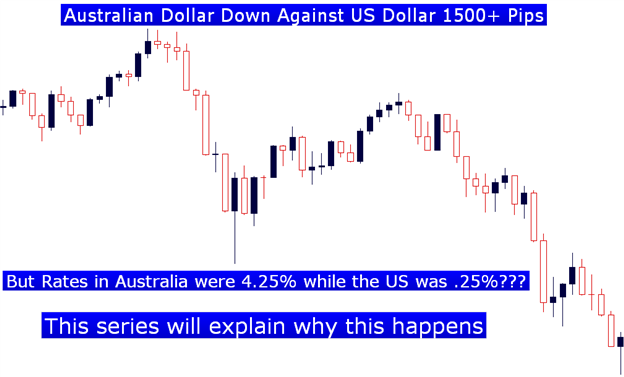 Treasuries part 1: A History of US Debt

And as great as it might be for those expectations to always be positive, that's simply not true in the slightest: Many of these expectations are negative.

Traders in the Forex market know what I’m talking about. A quick rush of bad news, and before you know it traders have already flocked to the US Dollar, leaving yesterday’s trend in the dust. This will often be correlated with movements by traders into treasuries; and this can be an advantageous tool for Forex traders to look to take advantage of.

To new traders this might not make sense. Over the next 3 articles, we are going to outline to you exactly why this happens. We’re going to show you what you can watch so that you might be able to position yourself before its too late. And most importantly, we’re going to teach you about an asset that should be in every trader’s knowledge base: The United States Treasury Bond.

The creation of the US Treasury bill changed the way that economies around the globe would conduct business.

Heading into World War I, it became obvious to the United States government that they would not be able to pay for the war effort with the amount of funds available. A contentious national debate began about how to finance the war.

Previous to this debate, governments would generally borrow from each other. These governments held taxing power over their populace; so if more income was needed taxes could simply be raised to cover the governmental shortfall.

But in 1917, three years after World War I had engulfed the globe, finding governments with money to loan was impossible; so an alternative needed to be created, and this is where the ‘Liberty Bond’ came into fruition.

The Liberty Bond was to be sold to American citizens, with the premise of financing the war with a combination of higher taxes, and sales of these new ‘Liberty Bonds.’ This sparked a cultural phenomenon in the United States, with a rush of patriotism and financial backing to support a social cause in the form of warfare. Below is one of the many advertisements that was used to help encourage purchases of Liberty Bonds. 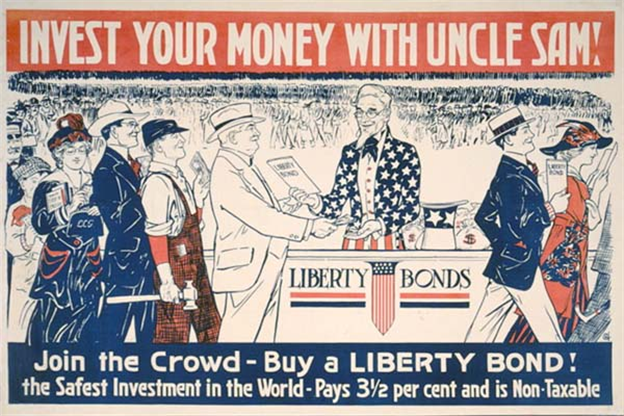 As you can see from the above graphic, these bonds were marketed as the safest investment in the world, as they were backed by the full faith and credit of the United States Government. The safety of these investments is what is most important to understand. The world was in chaos, but this investment offered a safe place for people to invest their money and even earn some interest.

While it was certainly a possibility that the United States would not be able to meet this obligation, and make good on the investment; it was highly improbable, and at that stage of the war (1917) most of the world powers were beleaguered from prolonged combat.

After the war, as the original Liberty bonds were coming due, the United States Treasury department discovered that they were unable to pay back all of the loaned funds. So, the Treasury re-financed the Liberty Bonds with new debt issuances; initiating the cycle that remains in effect today: Refinancing debt with more debt pushing the responsibility of paying back the principal further down the road.

But an amazing thing happened with the creation of the Liberty Bond: The United States government realized that through the issuance of debt they could finance their goals; whether that goal is to win a war, improve upon the opportunity for prosperity, or a re-invigoration of infrastructure that would provide economic stimulus to a broken economy (Roosevelt’s New Deal).

This theme caught on, and this changed the world.

In our next article, which will be available Monday, we’re going to begin looking at individual Treasury issues by examining the structure and pricing of US Treasury debt, and then in part 3 – we’ll examine how the Forex Trader can use Treasuries to get trading ideas.

Will the Weakness in Japanese Yen Continue?