This time on Trading Global Markets Decoded, our host Martin Essex is joined by Philip Tyson, Managing Director of Market Strategy at Medley Global Advisors. The big questions: Should we expect more easy money policy from the Fed? What's the latest EURUSD forecast? And are CAD and AUD good risk-on assets to explore? You can listen to this podcast with Philip Tyson by clicking on the link above or one of the alternative platforms listed below.

Talk kicks off with the Fed: Should we expect further easy policy later this year? “It’s quite possible they could cut by another 25 basis points to cushion trade concerns and external slowing elsewhere,” Philip says, adding that we could see a mid-cycle adjustment before the end of the year.

However, there is a dispersal of views on this matter. “Some see the economy not warranting further easing, others advocate a 50 basis point cut,” Philip says. “There’s no strong backing for substantial easing; much beyond another 25 [basis points] would require a real deterioration of the economy.”

The ECB has also, of course, eased policy. What now for Europe? “The market seems pessimistic,” Philip says. “A big fear for the ECB for a while has been that manufacturing weakness can spread to the service side, but the PMI data shows the service side is still holding up.” 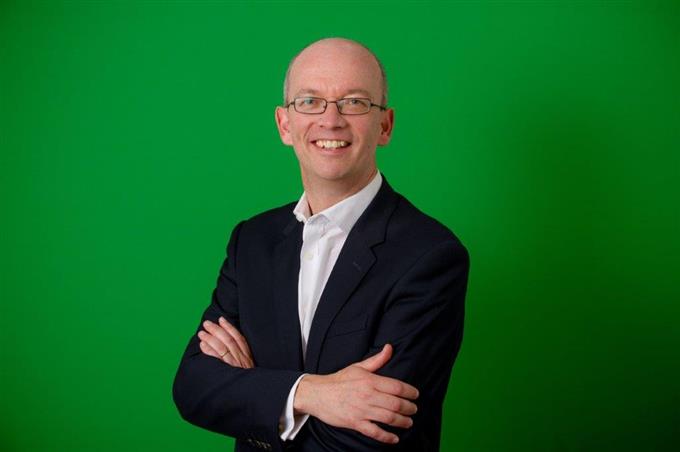 And what is the outlook for government bond yields against this backdrop?

“We’ve had the US and China seeking to lower trade tensions and talks coming up next month which will be key for bonds. We’ve seen a rise in yields against this slightly more optimistic backdrop.”

Also, if China ramps up agricultural imports from the US, suggestions are that Trump may consider an interim agreement. Against this optimistic trade backdrop, there may be room for a modest upside in yields – but which may only be temporary.

“Our analysts maintain low expectations for the trade talks themselves and conditions deteriorate with each new tariff threat. There may be more upside for equities and bond yields but it may be followed by a downtrend persisting,” Philip says.

“If the US data remains resilient and the European side continues to struggle, and if expectations about the extent of Fed easing begin to get scaled back a bit it could be an environment that marginally favors the Dollar from here.”

AUD and CAD as risk assets

In the short term Philip says he is skewed towards a risk-on approach, citing the Australian Dollar as an interesting asset. “AUD is looking at an extended period of low rates,” he says. “There’s talk of a turnaround in housing, but really the overall message is they’re left with further room to cut if they need to.”

Could the Canadian Dollar be another viable choice? “The [Canadian central] bank is not in a rush to cut rates until it sees signs of economic deterioration, and if you look at all the data, across the activity side, that scenario really remains quite elusive,” Philip says. “There has been a huge gain in recent jobs reports, activity numbers coming in firm and reaffirming the [Canadian] economy’s resilience to global headwinds, as well as higher oil prices benefiting CAD.”

How to Trade Sterling?

How to trade Sterling under the circumstances of continuous Brexit confusion? “It’s very difficult,” Philip observes. “In the unlikely event we get a no deal, we’d see inflation surge, and Sterling fall if tariffs are introduced, but we think that’s less likely and ultimately we’ll end up with an election.”

If a deal isn’t struck before the end of October, then there will be some sort of unity government having to negotiate an extension, Philip says. “I think it’ll be difficult for the Conservatives to deliver no deal after an election, clearly they’ll suffer in Scotland now, if you look at London and the South of England, parts are under threat from the Liberal Democrats.

“Conservatives really need support across Northern England and Wales and convince these Labour areas to drop Farage and the Brexit party in favor of themselves.”

There could be a positive environment for Sterling. “If we have the extension, election and no deal risks are perceived to have eased, GBPUSD could be close to the 1.3000 mark.”

Is oil supply under threat?

At the time of writing, there were concerns that Saudi oil field attacks were a threat to crude oil supply. Is this the case? “In theory there’s enough spare capacity to cope with the current outage, but there’s a fair amount of volatility in the short term.

“The question now is how long will it take to repair the damage. It seems to have slipped from days into weeks, and while there are signs that efforts to restore production are progressing, it’ll take longer than expected.”

There is also the threats of further attacks and also retaliation, which may drive prices higher.

“If price rises are sustained, it’ll syphen money away from consumer spending on non-energy items, and that may lead to a more meaningful lift in five-year breakeven inflation rates, while not so much in core inflation.”

Moving on to the US-China trade dispute, Philip says that, while pessimistic on the subject for a while, there will be an optimistic period in the short term as talks resume next month and agricultural imports from the US are ramped up by China.

“Our analysts are suggesting that three months of regular semi weekly talks are needed before there’s enough substance for even a minimally acceptable trade deal. So early to mid next year is looking unlikely.”

And the recession chance? “Smaller chance in the immediate future according to the data, but the risk next year becomes greater.

“Obviously Trump has the election coming up and he’s dependent on buoyant stock markets and the economy doing well. Maybe there’ll be some pullback but it could go wrong next year.”