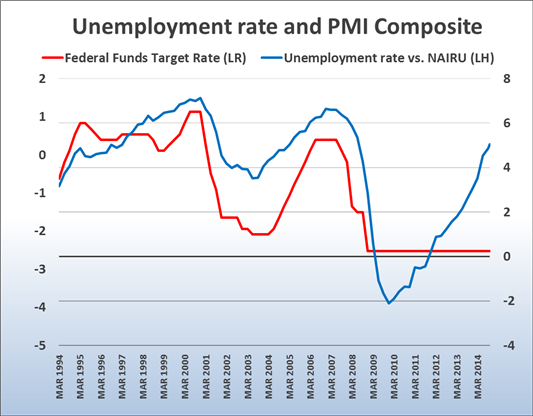 Don't Get Overwhelmed by the Economic Calendar

Looking at most economic calendars available online it’s easy to get overwhelmed. Should we focus on inflation, durable goods orders or maybe the ISM indicator? There are many different indicators and there are indicators from many different countries, this raises the question on what is relevant for us when trading Forex.

Focusing on what maters

If the central bank is expected to increase their short term rate earlier or more than the rest of the major central banks, then the currency tends to gain. The opposite is true if they are expected to lower their rate.

For more on this specific topic please read: Interest Rates and the FX Market

With this in mind, when we look at the economic calendar, we should ask ourselves, is this data report important enough for the central bank to change their short term rate given the outcome?

Many indicators will not qualify with this criteria and will therefore be ignored as they will not change the major and longer term macro theme.

What will usually cause the central bank to change their interest rates?

The general focus of most central banks is to

See our Webinar calendar to know which macro events we cover each week – you also got extensive live coverage of the markets with our Premium service .

The general model which central banks use

If we focus on the US central bank, they will usually increase their short term rate when the unemployment rate is about to reach its long term equilibrium. The reason for this is because if the unemployment rate is allowed to stay below its neutral level for too long, this will generally lead to higher inflation. The interest rate will usually be lifted higher and higher to limit gains of the labour market.

At one point when the interest rates have been increased enough; the demand for labour, consumption and investment will decline. This will cause the unemployment rate to become worse off. If the unemployment rate is expected to be higher than its longer term neutral level, the Federal Reserve will tend to lower its short term interest rate to boost demand for labour, as the labour market is getting too “weak”.

The figure below shows the key short term rate of the Federal Reserve in red and the difference between the current estimated NAIRU by the OECD and the current US Unemployment rate, in blue.

As we can see the correlation has been reasonably good in our sample, which spans from March 1994 to October 2014. With a current NAIRU of 6.08 and an US unemployment rate at 5.8, the blue line is positive and at 0.28, see left hand axis. The correlation between the blue and red line has lately broken down as the Federal Reserve wants to make sure that the labour market will be able to stand on its own feet.

Yet with the labour market being healthy, the markets are betting on the correlation between these two variables to link back. This is one of the reasons why markets are bullish on US interest rates, and while the FED’s fund rate is yet to change, traders are buying the US Dollar today, anticipating that rates will increase in the future. This is on the back of a strong labour market.

With this in mind, we can clearly see that the unemployment rate gives us an idea of how short term rates will move. Its however important to note during certain periods, inflation or other drivers have been the primary reason for changes in the US Feds fund rate. The central bank will usually communicate what they focus on via their interest meetings.

For more great ideas on how to improve your trading join DailyFX+ which hosts an ample amount of On-demand videos and live webinars every day. You could try also your new ideas using a demo account.

What leads the unemployment rate?

For the labour market to do well, the general growth of the economy needs to be good. If demand is high this will spur higher production by firms, which will hire more people to meet the increased demand.

Simplified this means that the unemployment rate will be determined by the economic growth. This is why indicators like the US ISM Manufacturing and ISM Services matter.

Months with above trend outcomes, e.g. when the indicator is persistently above 53, indicates a high economic growth, this will at one point lead to a lower unemployment rate, the opposite is true if the ISM remains below 51 for a long period of time. 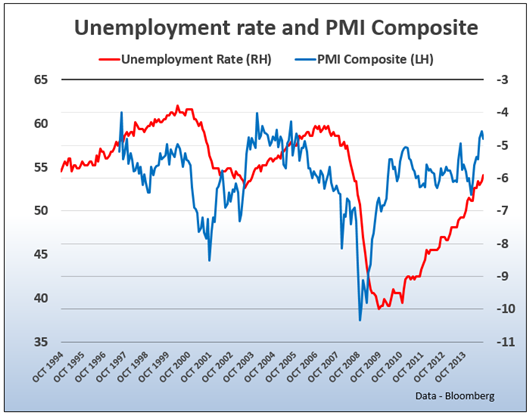 Another key economic indicator to watch is the US Non-Farm payroll, in the chart below we can see how positive growth in the month over month change in US Non-Farm Payrolls, will eventually cause changes in the Unemployment rate. One or two months of strong NFP will usually not be enough, but many months of strong or weak US NFP will affect the unemployment rate. This is way the US NFP is closely watched and generates strong volatility if the numbers outperform or disappoints. 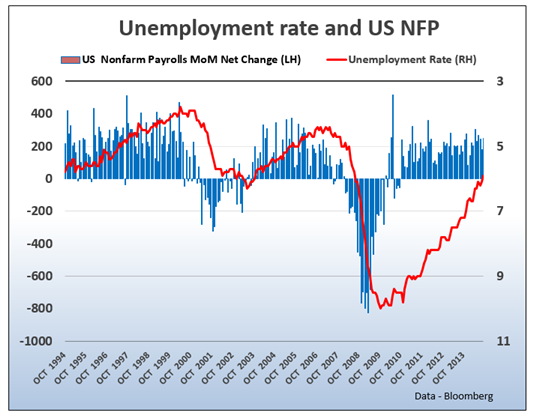 With this in mind, the US NFP, ISM, NFP and Federal Reserve meeting outcomes (FOMC), are what all traders should have a good grasp about if they want to trade and understand the long term trend.

A great trend as of lately has been the decline of the EURUSD. The ECB hints about lower rates in May 2014 while the US Unemployment rate improves, increasing the likelihood of higher US rates. 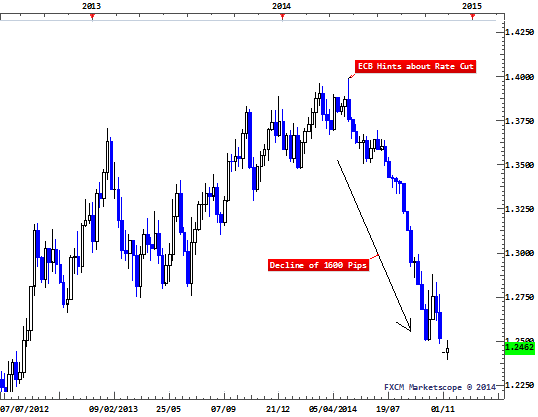 Alejandro hosts our London session outlook webinar every day at 9:30 AM London time. He also hosts educational seminars in London each month and you could join him for an evening seminar or morning seminar, where he will show you how to setup trading ideas before the London session kicks off. Email at azambrano@dailyfx.com for more info.