How to Manage Losing Trades

If there is one feeling that traders universally abhor, it would probably be the emotion derived from watching a losing trade turn deeper, and deeper against them.

At this specific point in time – you are watching yourself getting poorer; the complete antithesis of why you trade.

If the trade is left unchecked, things can get really ugly very fast. An overleveraged position can lead to an outsized loss; and as a position can move against you for an extended amount of time, these losses can irreparably damage futures.

Prevention is the Best Medicine

By prevention, we don’t mean preventing taking trading losses altogether. That would be impossible. Rather, we refer to the fact that traders should do their best to prevent unmanageable trading situations and placing themselves in these precariously unfavorable scenarios.

This is like a trader taking an overleveraged position, without a stop on the position – and after the trade moves against them they have to watch and decide how to react after they’ve already lost money; and are staring at the prospect of losing much more. 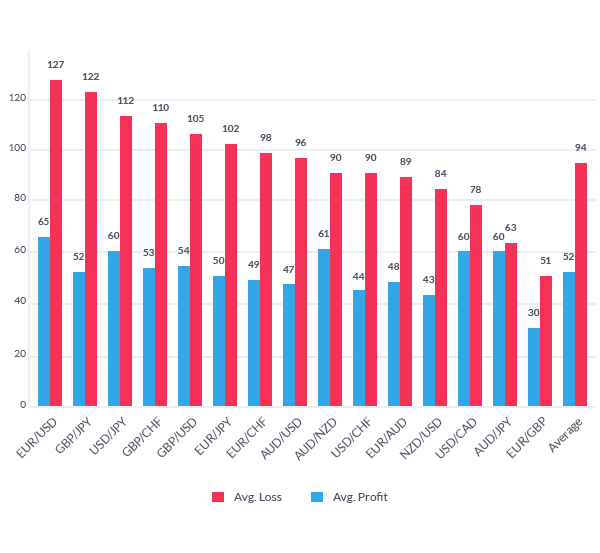 So much so that these traders can even have a winning percentage of 60% and STILL be losing money as a whole.

Many may think that this mistake is relegated to new traders. It is not. As a matter of fact, confidence can be a huge contributor to this conundrum.

Confident traders, thinking they could successfully manage trades on the fly – might look to take a large position on what they feel to be an extraordinary opportunity.

This trader has forgotten that nobody can tell the future, but this happens to all of us. We think we have an inside track and we want to take advantage of our opportunity.

But before you know it, hope can turn to despair. And overconfident, experienced traders can suffer from lack of planning just as easily as a new trader.

The only way to fix it is to learn… and institute this in your trading plan.

As David Rodriguez stated in The Number One Mistake that Forex Traders Make: 'Always trade with a stop.'

Set your maximum loss on the outset of the trade, before you have any ‘skin in the game,’ so that you don’t have to ask yourself the dreaded questions of ‘when is enough,’ while you’ve already got a losing trade on your hands.

Some traders might not consider losses on open positions as losses until the trade is already closed.

Make no mistake about it – these are still losses. This money is no longer yours as the price that you previously paid is no longer trading in the current market.

A floating loss is still a loss; it just hasn’t been realized yet.

So if you do find yourself in a losing position with the question of ‘when should I stop the bleeding?’ you should first accept the fact that the loss on the position is an actual loss. It just hasn’t yet been realized as a loss, and you still have the chance to lose more.

Set Your Line in the Sand

When looking at the equity on the account – taking into account floating gains and losses – you can then decide how much more you want to commit to this trading idea.

In the DailyFX Trading Course, we advise keeping total risk to less than 5% of an accounts’ equity; so if a trader has equity of $10,000 in their account – they would attempt to keep losses below $500.

Some traders will take this concept a step further, and allow themselves to diversify within this risk amount. So if a trader wants to be able to manage 4 trades at once, and keep total account risk to less than 5%, they can look to risk 1.25% of their account equity on 4 different trade ideas. Using the above trader with a $10,000 account, looking to keep total risk below $500 – they can place 4 different trades, risking $125 each. 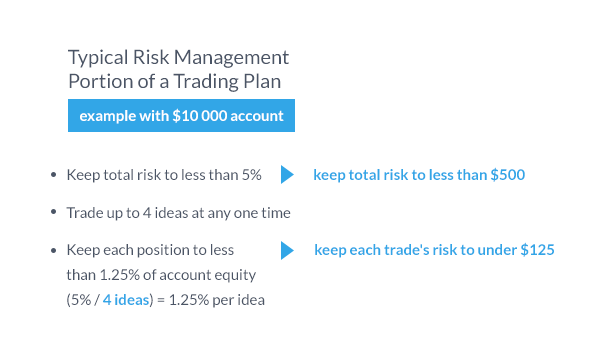 You can take your current account equity, and calculate the percentage of that equity that you want to further commit to this idea. Once you have that amount, you can place a stop on the trade so that if price moves that far against you – the bleeding will be stopped.

Next: Trading Psychology "Trade to Trade Tomorrow" (40 of 47)

Previous: Here's How to Tell When a Currency Pair is Changing its Trend