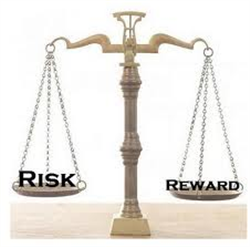 Most new traders close their winning trades too soon so they can lock in a (small) profit while staying in their losing trades too long in the hope that the losing trade will turn around. If this tactic is employed over time, a trader needs to be correct in their trades much more often than not otherwise the account will diminish in size.

The benefit of using a positive Risk Reward Ratio in each trade is that it insures our winning trades will gain more than our losing trades.

Having a 1:2 RRR in place simply means that you are risking half of what you are expecting to gain on each trade. In other words, if a trader has a 50 pip stop in place on a trade and that same trade works out, the gain should be at least 100 pips. If they are risking 125 pips they should be looking for a gain of 250 pips. In each case the trader is gaining twice as much as they are risking. This is known as a positive Risk Reward Ratio.

When employing this type of strategy a trader can be wrong on more than half of their trades while still watching the size of their account grow over time.

The net result of the 10 trades is a positive 100 pips. They lost 60% of their trades and yet they showed a profit. This is the power of having a positive RRR in place. (Obviously we only want to be taking higher probability trades but that is a topic for another article.) 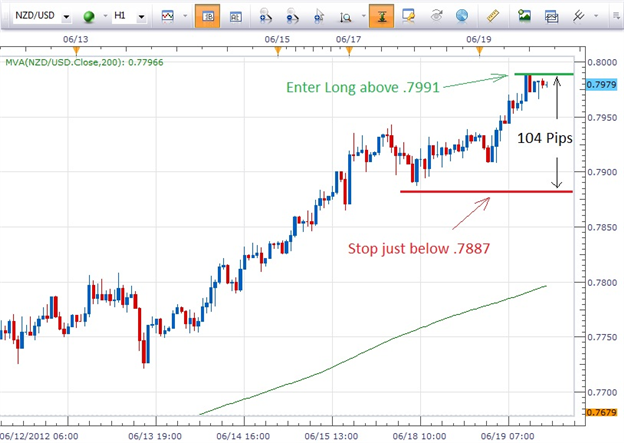 We know that since this pair is in an uptrend the higher probability entries, the ones with the greater likelihood of success, will be buys. If the pair trades above .7991, the previous high, we will buy the pair.

As stated in Part I on this topic, we must decide where we will place our stop before we even enter the trade. In this case I would place the stop just below .7887. (I chose that point as it represents the low of a support “shelf” that runs between .7945 and .7887.)

Bringing the 1:2 RRR into play, since we are risking 104 pips on this trade we know that we must have a realistic opportunity for this pair to gain 208 pips. 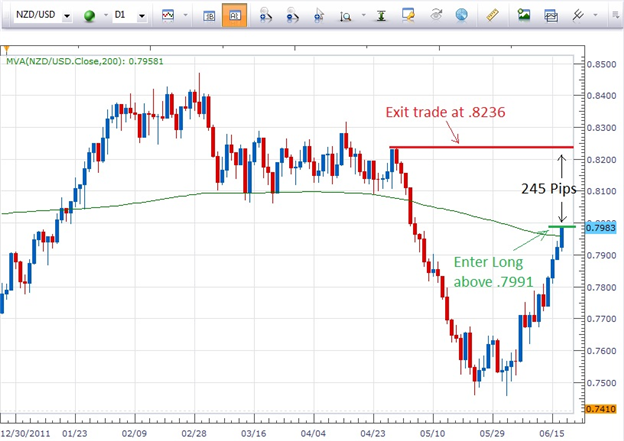 On the Daily chart we can see that if price action trades above .7991, it does in fact have the “room to move” up to the next level of significant resistance which is around .8236. This would be a gain of 245 pips. Since we were looking for 208 pips for our 1:2 Risk Reward Ratio, this would more than qualify. In fact, our RRR in this instance would be 1:2.35.

Keep in mind, however, that simply because a pair has the “room to move” does not mean that it will in fact move to that level. While having that room is a trading edge in this case, it is not a guarantee that price will comply.