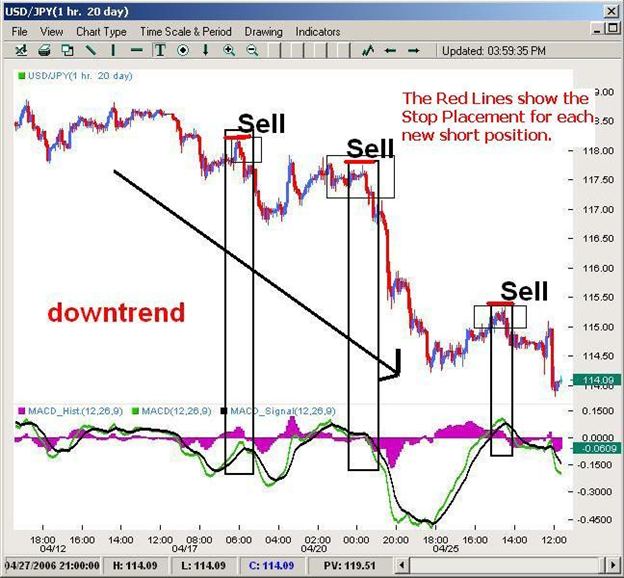 Buy on Dips and Sell on Rallies

Student’s Question:I am referring to the idea that is expressed in the webinars where we are told for example that:1. when the price reaches a low, for example the level of the support or, the crossing upwardly of some oscillator of the 20 level (in the case of stochastics) then one can enter a long position and set a stop (stop loss) at the most recent low;2. in an upward trend, when the price reaches a low (for example the resistance line), or for example there is a crossover below the 80 level in the stochastics case, one should short the position (sell, I assume) and place a stop at the most recent high. it is this the meaning of this stop that has never been explained and that eludes my beginner's understanding. Instructor’s Response:

Remember that an indicator cannot determine the trend…it can only indicate bullish or bearish momentum. It is up to the trader to determine the trend and then use the indicator to time the entry in the direction of the trend. Don’t let the indicator determine the direction you will trade the pair.So, in an uptrend, a trader would want to wait for a pullback/retracement to a low, a level of support, and then go long (back in the direction of the trend) with their stop placed just below a recent level of support. This would be referred to as "buying on dips". The oscillator that you mention, could be used to time the entry. For example, entering an uptrend off of a pullback, the trader could use Stochastics as it came from being below 20 and moving above 20 as a sign that momentum would now be in the direction of the trade.In a downtrend, the strategy would be reversed and we would "sell on a rally".Take a look at the chart below for a visual...The USDJPY pair is in a downtrend on this historical chart so we would only be looking for selling opportunities. Each time the price action moves back up/retraces within the overall downtrend, it would be another opportunity to sell the pair. The stop would be placed perhaps 20-25 pips above the highest point that the pair had traded on that particular upswing.Also note on the chart how the MACD shows crossovers to the downside indicating that momentum is behind each of the selling opportunities on the chart.