The Euro-Dollar Slide; It’s Not Over Yet

The Euro-Dollar Slide; It’s Not Over Yet

Over the past few months an increasing number of traders and investors have become convinced of the impending doom that seems to be destined for the Euro-Zone economy.

So much so that we’re starting to see enhanced volume in etf’s such as FXE. ETF’s, or exchange traded funds, were created with the goal of ‘mirroring,’ an underlying asset class. In the case of FXE, it’s stated goal is to:

“Track the price of the Euro, net of trust expenses.”

What are those trust expenses?

Not only that, when the Euro is really sliding (which is often while European markets are open, in which case the US Markets may or may not be open) – you may not be able to manage, or close your position.

If I want to take part in the risk-off move permeating the market by choosing the best asset to do it – I’m going to trade the ACTUAL asset itself. I’m going to trade spot EUR/USD. No ‘trust expenses,’ to worry about. I don’t have to be concerned with an exchange in the US opening so that I might be able to offset my position. Spot FX Trades around the clock. If trading in Europe is going on during normal European business hours (or American, Asian, Botswaneese, whatever), I can often-times take part in it.

Now onto the fundamental matter itself -

The initial concerns of the Euro-Zone ‘crisis,’ were in regards to ‘contagion,’ or the spread of the economic deficiencies of the ‘PIIGS,’ of Europe (Portugal, Italy, Ireland, Greece, and Spain). The goals of initial intervention efforts were to slow the rising yields on bonds issued from each of these economies.

To some degree – it worked; temporarily.

We can see the spot quote of the EUR/USD currency pair during the first four months of 2011: 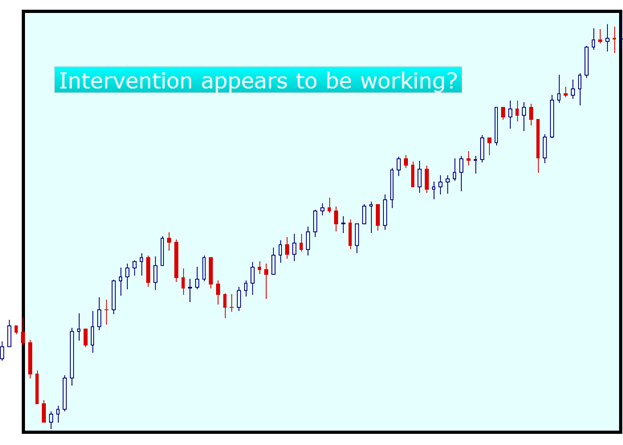 During this time, not only was the ECB embarking on a process of pur

chasing bonds of the troubled economies (with the hope of pacifying traders in those markets) – but the United States was finishing up the second round of Quantitative Easing. This was a ‘perfect storm,’ for the ‘Risk-On,’ trade that so many traders became used to during the second half of 2010.

However, since then, the efforts of the ECB have seemingly become less, and less impactful. From the early portion of May, leading into the early portion of September; Central bankers from the European Union were caught in a tug-of-war with the markets as continued intervention provided less of a shot-in-the-arm that was hoped. We can see this playing out on the EUR/USD Daily chart below, with some extremely volatile Range-Bound Activity: 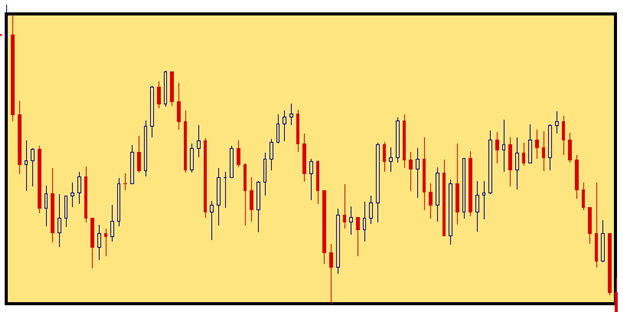 This leads us to our present tense.

Yields on Italian Bonds are appearing to stay above 7% - a level which has been deemed unsustainable for the 3rd largest economy in the Euro-Zone (and 10th largest in the world).

Greek yields are over 25% on their 10 year bond. Spanish 10 years are staying above 6%, and even Belgium – a nation that wasn’t previously considered ‘at-risk’ are seeing yields nearing 5% for their 10 year issues.

France, the second largest economy of the Euro-Zone, and once thought to be a part of the solution of the debt crisis – is starting to see their yields rise as well.

Contagion, as was initially feared, appears to be taking place.

France is issuing €25 Billion in notes tomorrow; in a market that has already shown a propensity to sell-off.

The previous action of Angela Merkel and Nicholas Sarkozy to enhance the EFSF fund, while writing down bonds from Greece – the act of intervention that was actually put to a referendum by the government of Greece – is shown on the chart below as the ‘Greek Save.’ 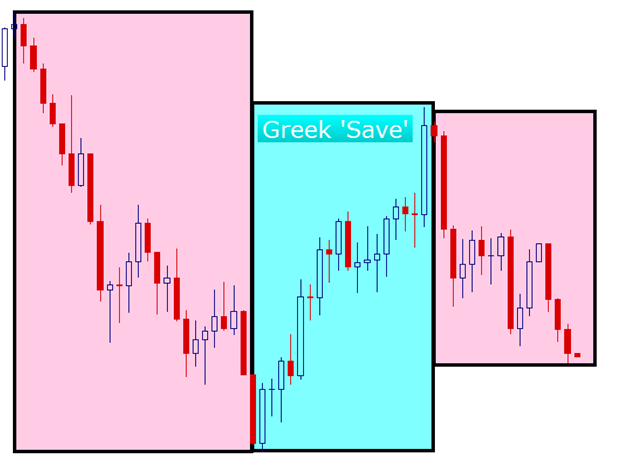 As you can see from the chart, the ‘Greek Save,’ was short-lived. Shortly after the referendum was proposed, the EUR/USD began its descent down.

And this time, it doesn’t appear as though the ECB can do much about it. Outside of further enhancement of their bond-buying program – which as we have seen from the previous 3 charts – are displaying declining marginal utility.

I’m looking to sell Euro’s here, against almost any currency pair. The way that I’m going to look to enter is the way that I try to handle such situations; in which momentum can potentially lead into a big move. That is the breakout entry.

I can use breakouts for short-term scalps, or longer-term trends. The premise is the same, as I want to look to enter in the momentum side direction. The chart below shows the current level at which I’m looking to enter short. If you would like more commentary, or further information into playing breakouts, visit us in the Live Classroom of DailyFX PLUS, where the education team and I offer live webinars with current market conditions 3-4 times per day. 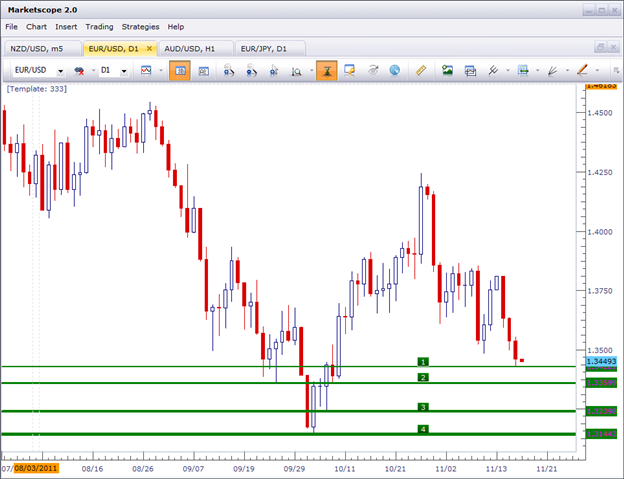