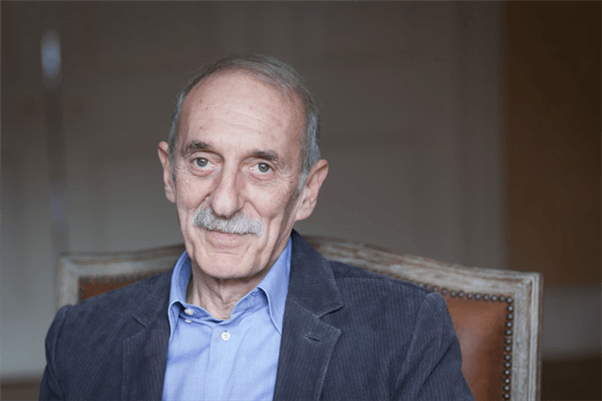 Will the Yuan weaken further? Coming up in our podcast this time:

This time on Trading Global Markets Decoded, it’s a China-focused theme as our host Martin Essex is joined by George Magnus,an associate at the China Centre at Oxford University, a research associate at the School of Oriental and African Studies, and a former chief economist of UBS. He has written extensively about China in the Financial Times, Prospect, and other economic and financial publications.

We ask: is China in jeopardy? Will the Yuan weaken further? And could trade wars have a global recessionary impact? You can listen to this podcast with George Magnus by clicking on the link above or one of the alternative platforms listed below.

Is China in jeopardy?

Talk begins with China and why it may be in jeopardy. “While the economy has been recording stellar growth for a long time, it’s now at a crossroads,” George says.

“It’s been a very export-dependent economy, then an investment-oriented economy, and now one that’s exhibiting signs of misallocation of capital and excessive debt dependency.”

China’s income per head is about the same as Brazil but its consumption per head is no higher than it is in Peru, George points out. “These structural flaws in the Chinese economy are ones the leadership would like to address over the medium to longer term, but it isn’t making rapid headway because it doesn’t have great commitment to structural reform.”

Of course, the US-China trade war doesn’t help either. “In China’s case, even though it isn’t as export dependant as it was, there is a lot to lose.

“China is quite dependent still on American aggregate demand and on American technology. it’s a dependency that is going to compromise China. Overall I think China is more vulnerable than the US at this point.”

So external events may be starting to weigh on China in a way the country doesn’t have total control over, providing a cautionary tale for anyone planning to add Chinese assets to their portfolio in coming years. “There are lots of things that can go wrong economically and politically within China over the 2020s,” George summarizes.

In recent weeks the Yuan forecast has been the subject of controversy, with the People’s Bank of China allowing it to breach the psychological level of 7.000 against the US Dollar – a deliberate message, George believes. “The Chinese central bank manages the Yuan against a basket of currencies but the Yuan/US Dollar is the most important relationship China has in its forex regime, and allowing that ‘7’ level [said] ‘We can fight back against you’.’

Does the Chinese central bank want to depreciate the Yuan further? “No, because I think they understand there are consequences of financial instability for themselves and the rest of Asia, and their economic model in Asia may be at risk.”

“At the moment the Chinese strategy is to manage the depreciation within tightly controlled limits, but there is a question mark in my mind as to whether that control can be sustained ad infinitum.”

What other Asian markets have potential?

George contends that, in the next 20 or so years, Asia will be by far the most dynamic region comprising emerging markets in the world, with a lot of advantages developed markets don’t have.

He cites India and Indonesia as the most noteworthy for growth potential. “These are large, populous countries, and given the right type of domestic economic policies and management, they can potentially reap what we call a demographic dividend.”

What about more developed economies like South Korea and Singapore? “While a lot of these countries exhibit lower rates of economic growth, it doesn’t mean they’re deserts when it comes to investment opportunities.”

Could there be a global impact from a trade war?

Could there be a global impact from a trade war? Long answer: it depends. “If we’re just talking commerce and trade itself, whether China can find other export destinations and the US can find other suppliers, these things would be awkward but not necessarily threatening [to global economic stability].

What chance of recession?

So how likely is recession in George’s view? “If you mean in the next three months the chances are pretty small, but in the next year or 18 months I would say 50% or more.”

He points to the figure of around a dozen countries that have had one or more quarterly contraction in the last year, countries including Britain, Germany, Singapore, South Korea. “A lot of countries are really not performing very well, and when you get into this slow/stalling kind of environment , sometimes it doesn’t take much to tip it over the edge.”

George points to factors including an intensification of the trade war, a Brexit shock, or some financial markets shock, as capable of triggering the necessary effects. “The longer you look out in time the more the probability becomes very persuasive.”

For more on the economics, news and predictions around China, follow George on Twitter on the handle @georgemagnus1.