Tone Vays is a content creator, derivatives trader and consultant, specializing in Bitcoin and blockchain. He has worked on Wall Street for almost ten years, starting as a risk analyst at Bear Stearns and later becoming a vice president at JP Morgan Chase in the aftermath of the 2008 financial crisis.

In this edition of our podcast Trading Global Markets Decoded, our host Martin Essex talks to Tone about Bitcoin predictions, the good and bad of Facebook Libra, and his favored style for technical analysis.

Benefit from our discussion with Tone Vays and listen to the podcast by clicking on the link.

The discussion begins on the subject of Bitcoin predictions and price swings. To what exactly can the cryptocurrency’s wild fluctuations be attributed?

‘Bitcoin is an illiquid asset and it doesn’t take that much money to move the market,’ Tone says. ‘It’s hard to see a fundamental reason for the rise but we do know that whenever any market moves up too fast it is set for a big fall – we’ve already seen that.’ Where now for the price? ‘There’s a lot of speculating and its causing volatility, but I think there’s more downside left.’

Do the usual supply and demand considerations apply to Bitcoin? ‘I do think supply and demand apply but it’s such an illiquid market,’ Tone says. ‘[On the supply side] there isn’t that much Bitcoin going around.’

Liquidity in Bitcoin vs traditional markets

Tone explains the significance of having one giant pool of liquidity in more traditional markets. For example, if you trade Apple, the majority of the stocks are listed on Nasdaq, with traders buying through brokers who access this single pool of liquidity. ‘Bitcoin doesn’t have that, it just has hundreds of exchanges around the world with just ten or so being popular, and each with their own independent pools of liquidity.’

This situation can lead to the spectacular moves we associate with the asset. ‘If someone puts a market order in for $10 million to buy Bitcoin on an exchange, it will completely blow the order book on that one exchange,’ he explains. ‘Then people on other exchanges will see Bitcoin rising fast on one exchange and feel they have to buy.’

This creates a dynamic of Bitcoin being somewhat easy to manipulate in price, whether up or down. ‘It’s not illegal or malicious,’ Tone says. ‘If you’re a smart trader, and you have a lot of money and you want to move an illiquid market, you can do it. Until Bitcoin is worth upwards of $100,000, it will continue to be [relatively] easy to move the price.’

On the surface, it doesn’t seem like Bitcoin is a safe haven that can be considered alongside gold or US treasuries. But Tone argues otherwise. ‘If you believe in Bitcoin and its fundamental structure, and the value in it being the first decentralised asset we have, it has safe haven properties.’

Tone points to its ‘unconfiscatability’ – a neologism he claims is unique to Bitcoin’s situation. ‘Most things we find valuable can be confiscated in some way, assets can be frozen. Bitcoin is an enormous safe haven because you can’t confiscate it.’ 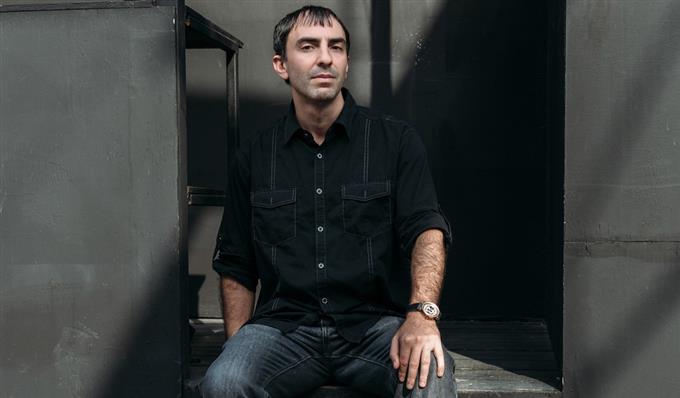 Tone take a dim view of unregulated exchanges on which to trade Bitcoin. ‘You are risking your Bitcoin every time you put it on an exchange,’ he says. ‘The best way to buy and sell for me is with physical cash, but [the downside is] you have to meet people in person, you can’t time the market, and you have to be careful meeting people at a coffee shop with thousands of dollars on your person.’

How much value does he see in other crypotcurrencies? The answer is unequivocal: ‘All the other cryptos are going to zero over time either for technological reasons or economic reasons or both.

‘As long as Bitcoin can scale with the network and it continues to improve its fungibility and privacy with the latest upgrades all those other competitors will trend lower.’

And what of Facebook’s Libra project? ’Well, we know what Libra can’t do is create politically neutral independent money with a decentralised system, because that’s Bitcoin.

‘However, it can [potentially] put money transmitters like PayPal out of business because it has billions of Facebook users who can be targeted with cheap, instant and seamless value transfer services.’

When it comes to market analysis, Tone heavily favors the technicals. ‘The average retail trader doesn’t have the ability to do most fundamental analysis, they don’t have the resources of a hedge fund/money manager,’ he says.

While today he spends the bulk of his time touring and doing speeches about Bitcoin, he says his trading strategies mainly revolved around options spread trading on stocks during earnings season. ‘These are strategies to take advantage of time decay and implied volatility.’

Some quick tips, for swing trading in particular, include observing the shape of a candle with half an eye on volume. ‘Reversal candles are key, Shooting Stars, Hammers; if I want to time a reversal in the market, it’s high risk, high reward.’

His favourite pattern to look for is the ascending and descending triangle. ‘It has a little less reward but a lot less risk.

Both reversals and continuations are timed with an indicator called the TD (Tom Demark) Sequential. ‘It has nothing to do with price but more time and momentum.’ Outside of that, Tone is a fan of support and resistance, moving averages, trend lines, Fibonacci levels, and prior highs and lows, and oscillators such as MACD, RSI and stochastics.

‘I teach about five or six of them and people are free to find the ones they like. The more of these things line up with each other the more confident I am with the trade.’

How important is risk management, targets and stops? ‘Critical,’ Tone says. ‘People say your risk:reward needs to be 2:1 or 3:1, but how do you know what your reward is? You don’t, just your risk.’

Stop losses are also seen as critical. ‘Every time I enter a trade I immediately enter a stop loss, with few exceptions for me removing that stop loss or even moving it.’

Capital management is just as important as risk management. Tone’s workshop will focus on how much you should risk on any given asset and trade and how you should potentially break up that trade, lagging in so you’re not buying the entire trade.

‘One of the biggest mistake people make is their position sizing; it’s more important than your ability to properly predict the future in the market.

‘If you’re good at position sizing and risk management, you can almost guess where the market will go and you have a chance to be profitable.’

Tone Vays can be found on Twitter at the handle @ToneVays, and you can keep up to date with his schedule on the official Tone Vays website.