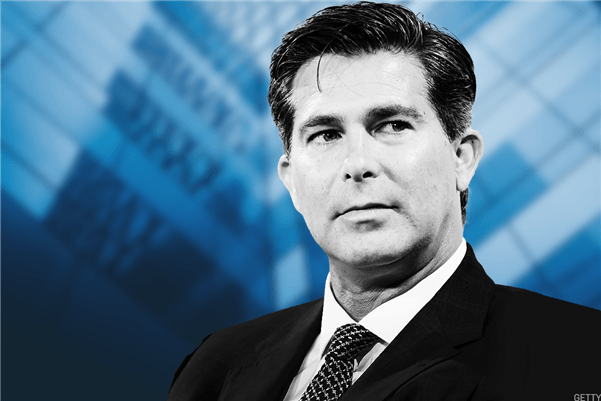 - Why being a Tesla bull can reap rewards

- What it takes to be a consistent stock picker

- Why Bitcoin will always thrive in adversity

Ross Gerber is the co-founder and CEO of Gerber Kawasaki Wealth Management, which he founded with Danilo Kawasaki and grew in the aftermath of the 2008 financial crisis. Fueled by an ethos to build trust in traditional money managers after the reputation of banks plummeted, the team now oversee around $1 billion in funds. A prominent Tesla bull, Ross favors high margin tech, media and entertainment companies.

In this edition of our podcast Trading Global Markets Decoded, our host Tyler Yell talks to Ross about Tesla, Bitcoin and picking the right stock. Benefit from our discussion with Tesla bull Ross Gerber and listen to the podcast by clicking on the link.

Follow our podcast on a platform that suits you

After the 2008 financial crisis, Ross saw a new path for money management built around trust and shared, ethical belief systems. ‘We care about the impact the companies we invest in have on society,’ he says. ‘We are still trying to make money but we sold Facebook, for example, because we feel it has an enormous negative impact on society.’

Democratizing financial advice was also a key goal. ‘You shouldn’t have to be 55 years old with a million dollars to get good advice,’ he argues. ‘Conceptually the best time to start saving is when you’re young. Everyone deserves the opportunity to get good advice and everyone’s situation is unique, so we wanted to provide that service and scale.’

Bitcoin is not dead

Bitcoin remains a huge opportunity for traders, Ross believes. ‘Bitcoin’s existence means the idiots who run the centralized monetary system that blew it all up, couldn’t blow it up again without there being an alternative. So Bitcoin thrives in adversity.’

What are the keys to picking a good stock? A strong management team is a good starting point, Ross says, citing Disney’s Bob Iger as a leader who he admires, as well as the leadership team at Tesla.

Why being a Tesla bull could work out

Ross feels that automotive is ‘ok’ but he is a Tesla bull in particular because the company is founded on technology and has fewer costly parts than gasoline and diesel-run cars, meaning more manageable overheads and the potential for wider margins.

‘Most companies we have are profitable and most pay a dividend. I want a cash payout for my companies and I want a growing dividend and profits,’ he says.

Ross is also a fan of ‘beaten up’ stocks. ‘If we get that discount, that’s when we’re buyers,’ he says. ‘We look out for all the stocks that get hammered, and it creates opportunities.’

As an example, when Facebook announced a move into online dating, Match got hammered. ‘I said, there’s no way people are giving up Tinder for a Facebook dating app. So we bought Match when it was down, and sure enough we got a pop not too long after.’