Why Trading Execution and High-Frequency Trading Algorithms Are Gaining Popularity 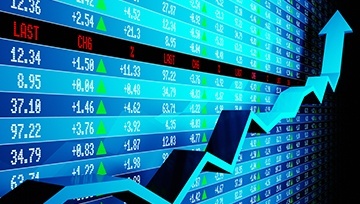 When looking at algorithmic trading, we can see that it has become more and more popular because of its speed and ability to minimize risk. It accounts for a large portion of trades, which is why it is important for traders to understand the different trading strategies.

What Is the Purpose for Algorithm Trading Strategies?

Since algorithm trading is based on a rule-based process, it has the ability to avoid human behavioral biases that can otherwise create large risks and losses. However, to successfully use this method, rules need to be pre-decided, and there is absolutely no place for subjectivity hence, why it is referred to as a rule-based process.

What Are the Main Types of Algorithms Trading Strategies Used?

Recommended by Nancy Pakbaz, CFA
Non-algo traders still need to be aware of the news
Get My Guide

How Do Execution Algorithms Work?

Execution algorithms look to break down large orders to avoid sending out a signal to other market participants. The main strategies used are the following:

When looking at VWAP, it works best for small trades and in nontrending markets. The reason for this is because VWAP is calculated by averaging the volume of trades and if a firm were to place a large trade, they may account for the majority of the volume traded that day. This will result in their average price to equal to the VWAP, which can make the firm look like the price they paid was reasonable whereas it may have been fairly high.

The implementation shortfall may be best used to minimize opportunity cost since trading is done at the beginning of the trading period. Another benefit is being able to see the break down of different components that allow you to see how much your idea would cost.

Unfortunately, this method is not very common since many traders are not familiar with this strategy and more data is needed in comparison to the other strategies. However, one major benefit to this strategy is that there is less chance for gaming. Whereas with VWAP, traders can use the current price to estimate the VWAP. By doing so, traders can choose to either trade now or to wait until the next day so that they may appear like they performed better than the VWAP.

The last strategy, market participation algorithm, focuses on fraction of volume. For instance, if the participation rate is 5%, whatever number of shares is being traded, the firm will participate in 5% of the total volume to reduce market impact and transaction cost.

How Do High-Frequency Trading Work?

Although algorithm for execution focuses on how to trade to avoid market impact, high frequency trading algorithm focuses on how, when and what to trade in order to come up with strategies to exploit opportunities and to consistently outperform competitors.

High-frequency trading accounts for a large portion of trades in the market. Other than HFT being computer based and extremely fast, it also trades with small spreads because of its ability to create liquidity, which is one of the reasons why it has gained such popularity.

High-frequency trading is programmed to incorporate fundamental analysis in its decision making. This is done by reading millions of webpages at the same time. However, it can be influenced by algorithm predators. For instance, on April 23, 2013, Associated Press’ Twitter account was hacked. The hacker sent a tweet saying that there were two explosions at the White House and President Barack Obama was injured. This triggered a trading signal and resulted in a crash. Although the crash was brief and recovered after AP addressed the tweet, it still illustrates how the misuse of information can make the algorithm act up.

Although using algorithms provide many benefits, it is important to remember that it is still computerized and it’s not 100% correct since it cannot incorporate all scenarios. It is subject to errors and due to its speed, it is difficult to detect and correct these errors, which is why traders are still needed.

What I Learned Managing an Algo Fund – DailyFX

How Quant Skills Can Help the Non-Quant Trader With Mathew Verdouw, Optuma CEO