Key points discussed in this conversation 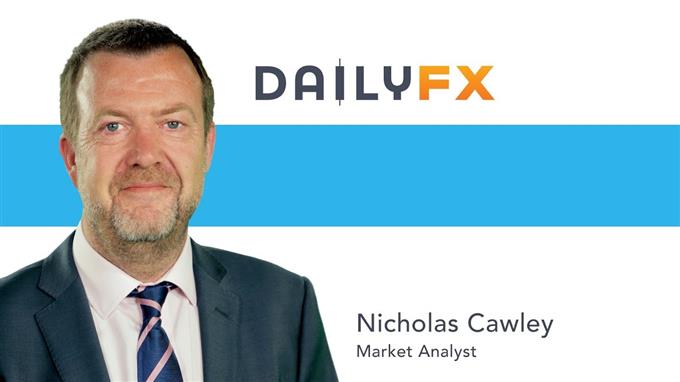 Nicholas & Tyler discuss how the British Pound Sterling has been through the wringer this week and survived. Now, they discuss opportunities after the dust has settled, and how a handful of key currencies could be setting up for a difficult 2019 to the pound’s benefit. They also discuss how IG’s client sentiment may be sharing insight on where sterling could trade next.

Listen to the podcast here:

How The Votes Played Out in the UK in January 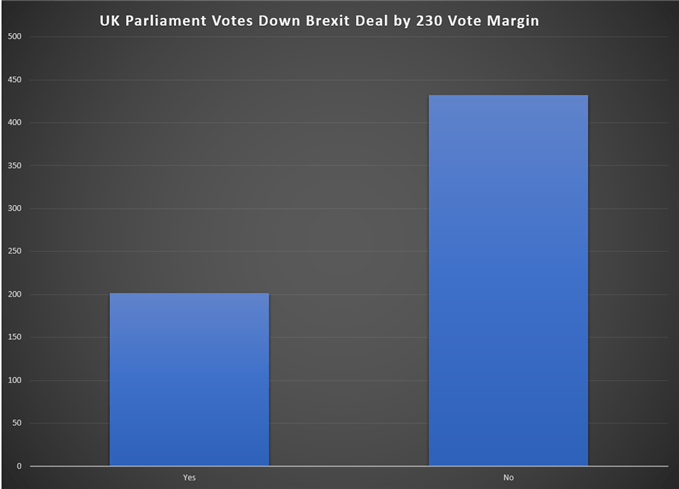 Tyler Yell: We’ve seen a pretty wild ride in sterling after Prime Minister, Theresa May’s Brexit Plan was voted down, but she did win the no-confidence vote. Would you mind sharing with me with where you set where things currently sit with UK assets, and if your outlook has changed?

Nicholas Cawley: I think it should be noted that both the Brexit plan approval vote, as well as the no-confidence vote, carried out as expected. Now, it seems they are more sentiment driven in markets vs. technically driven.

What we see now is a bit of uncertaintybeing peeled off UK assets. After the short-term drop lower in GBP/USD, sterling recovered quickly, and now there appears to be some nice little uplift. This sentiment shift is carrying over to the FTSE 100 with better sentiment pushing it forward.

Also, looking to the domestic FTSE 250, it shows that while people are fed up with the Brexit and the branded around no-deal scenario looks dead and buried, which may support sentiment going forward, and I think assets are moderately undervalued that could lead assets from the UK grind higher. 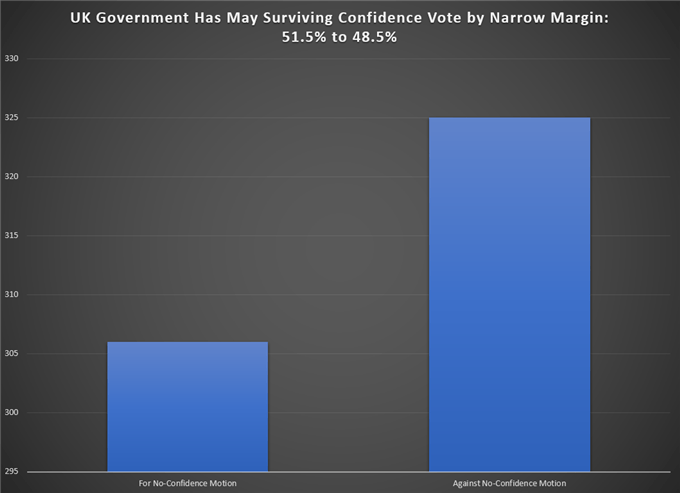 TY: It does seem that maybe Sterling won’t jump multiple handles on its own, but it seems like it’s being set up to outperform other potentially weakening currencies like EUR, AUD, NZD, and a few others that are exposed to underperformance in China. Even though events unfolded as expected, weakness looks to be permeating elsewhere that could benefit traders

NC: I think you’re absolutely right. You mentioned GBP/NZD. That’s one I really like when trading in the short to medium term. It’s an attractive way to play a bullish sterling view. Now that we’ve pulled off a layer of uncertainty, we’re now slightly less negative on sterling and GBP/USD.

Looking to the mid-December and January spike low, we look to have taken failed on the downside multiple times and now we may be making a move toward $1.3170-$1.33 per GBP. Even though it is four cents away, from a technical view, we could start to see an attack on lower highs, which may cause people to want to be involved in trading this currency again where they once stayed clear. 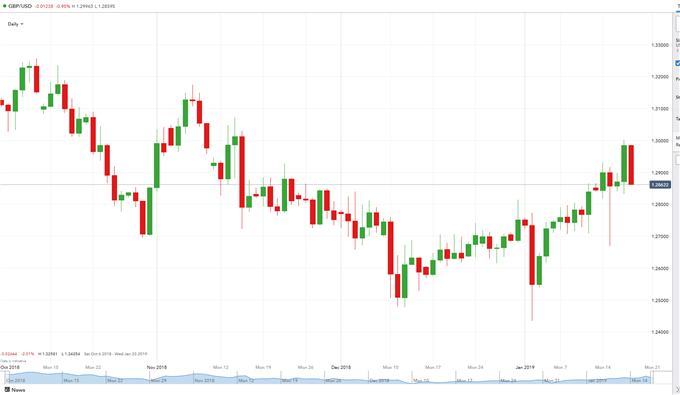 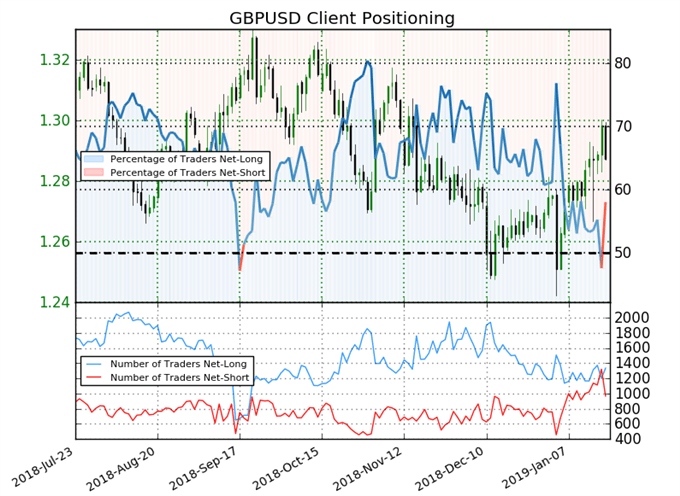 TY: IG Client Sentiment (a proprietary contrarian indicator) seems to show around sterling a developing upward bias as retail traders are increasing their short exposure. When putting this development into the context of the price action, it seems to show there are multiple supporting factors for sterling when looking forward. This would be a shift for sterling bulls when compared to prior quarters.

NC: Yea, it has been tough if you’re a sterling trader. You’ve had to be very disciplined over the last 6-9 months. Now, the pattern looks good. Also, if you look to EUR/GBP, this could be a better way to play GBP strength than against USD. Specifically, the economic growth engine of the EU, Germany has posted very poor economic data releases.

There are forecasts from the German Industry group, BDI about the no-Brexit ramifications to growth and employment. They also said that they expect a near 5yr low of 1.5% GDP growth right now. They also said, if there is a no-deal, we could see growth below 1%. If the EU’s growth engine is growing at less than 1%, the whole EU has a really big problem, and the EUR is going to struggle. 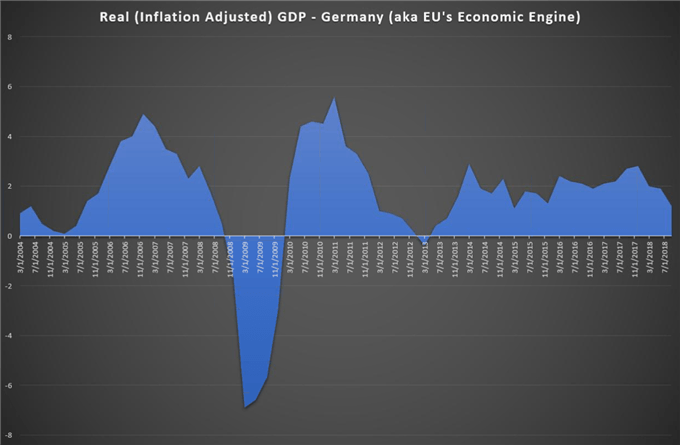 If you found this article useful, you should follow our weekly podcasts. Whether you are looking for market analysis, trading education or interviews with well-known industry professionals, we have you covered.

Follow our podcasts on a platform that suits you: